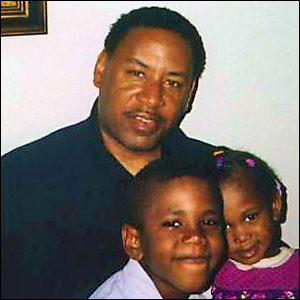 In May, Bennie Starks was exonerated of a 1986 rape conviction after DNA evidence showed that he could not have been the perpetrator. Yet the Lake County State’s Attorney’s Office is fighting efforts to exonerate him of a battery conviction from the same crime.

Bennie Starks’ case was one of the first that I took on as an Innocence Project Staff Attorney in 2000. I could never have imagined that we would face such extreme adversity. Just when we thought his quarter-century struggle might be over, prosecutors stunned us again.

At a hearing in March, prosecutors agreed to drop the charges on the rape conviction. This summer, however, we were dismayed to learn that the prosecution intends to continue to defend a battery charge from the same incident, even after an appeals court issued a ruling saying that the DNA evidence undermines this conviction as well. The victim, now deceased, testified that she was attacked and raped by the same man. The DNA that proves Bennie’s innocence of the rape, proves that he is innocent of the battery too.

quotes Bennie saying that this is “just another stall tactic.” He’s right. Bennie’s case shows the extraordinary power of the prosecution to delay, or deny, justice in a case. I’ve been fighting for justice for Bennie for 12 years, but Bennie’s been fighting even longer. Half of his life has been caught up in this wrongful conviction case. Until he’s vindicated, he remains convicted of a felony that he didn’t commit, meaning that he cannot file for state compensation, get his record expunged or clear his name.