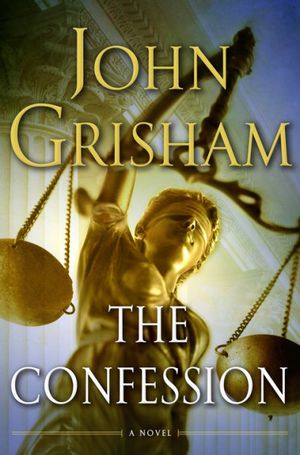 A new novel by John Grisham, “The Confession,” goes on sale today. The book tells the story of a man who is sentenced to death for a murder he didn’t commit and the obstacles faced by the real perpetrator when he tries to confess and set the record straight.

The setting is a small city in East Texas, and the victim is a popular high school cheerleader.  The real perpetrator sits back in amazement as police and prosecutors arrest and convict a local football star of the crime and send him to death row. Almost a decade later, the innocent man is nearing his execution date and the murderer is paroled in another state for a different crime. After spending the last nine years content with an innocent man paying the price for his crime, the real perpetrator decides to do the right thing and confess.  He is then tasked with convincing the city that they are about to execute an innocent man. In a review from The Washington Post, Maureen Corrigan, who is the book critic for the NPR program “Fresh Air,” said “The Confession” is a superb work of social criticism.

For more than a decade, in his novels (“The Chamber,” “The Innocent Man”) and on editorial pages, Grisham has ruminated over the efficacy and morality of the death penalty. “The Confession” bangs the gavel and issues a clear verdict. As an advocacy thriller, it will rile some readers, shake up conventional pieties and, no doubt, change some minds.

Grisham sits on the Innocence Project Board of Directors