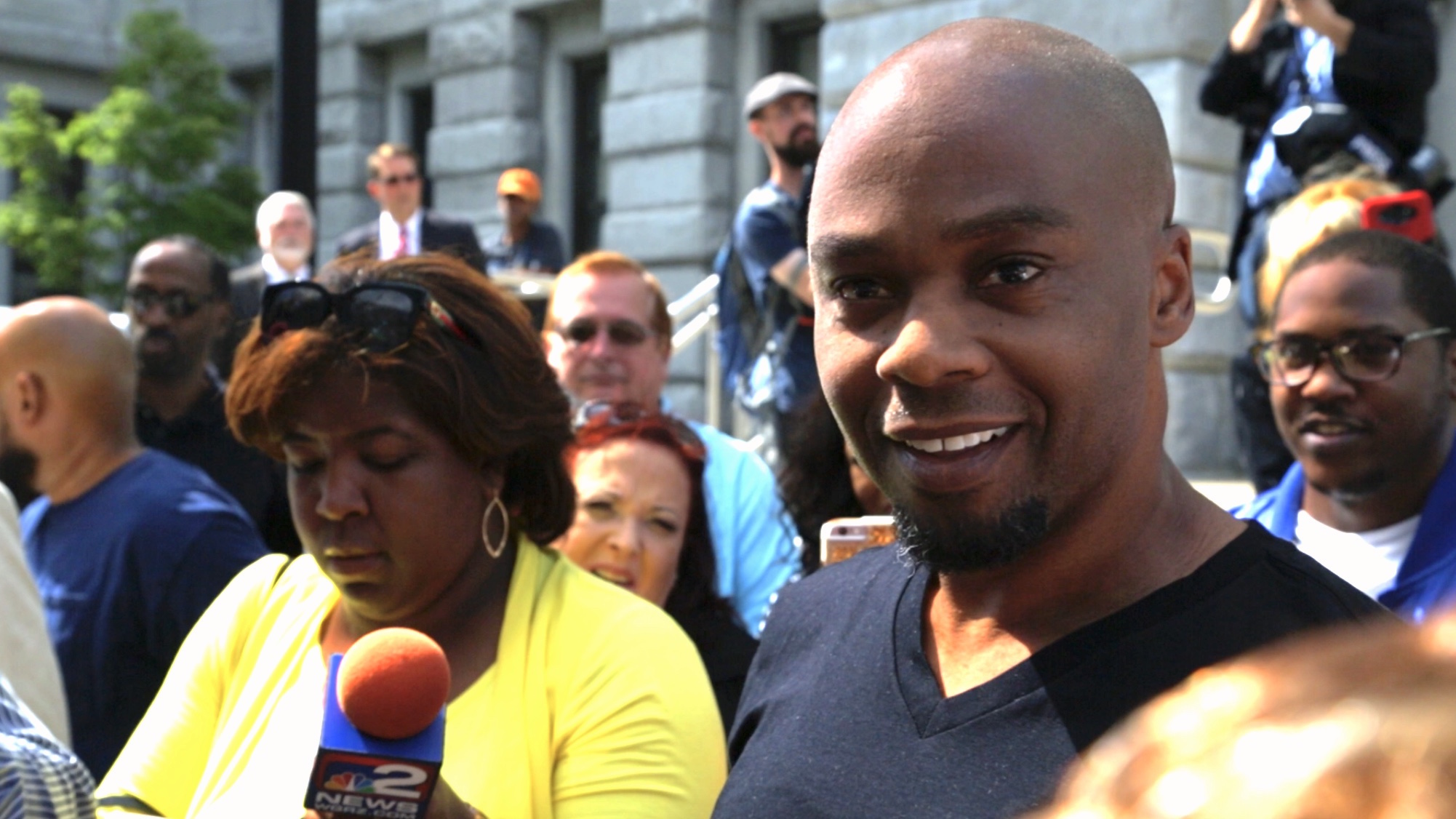 After 27 years of wrongful incarceration, Valentino Dixon walked out of prison yesterday as a free man when the Eerie County District Court in Buffalo, NY vacated his 1992 murder conviction. An unlikely source was crucial to helping Dixon’s case gain notoriety and to ultimately obtaining his freedom. That unlikely source? Golf Digest.

During Dixon’s 19th year in prison, a warden at the Attica Correctional Facility brought in a photograph of Augusta National’s 12th hole for Dixon to sketch. This one photograph inspired Dixon to meticulously and beautifully draw hundreds of portraits of golf courses.

“For some reason, my spirit is attuned to this game,” Dixon told Golf Digest about his connection to the game, which he has never actually played.

“The look of a golf hole spoke to me. It seemed peaceful. I imagine playing it would be a lot like fishing,” said Dixon. 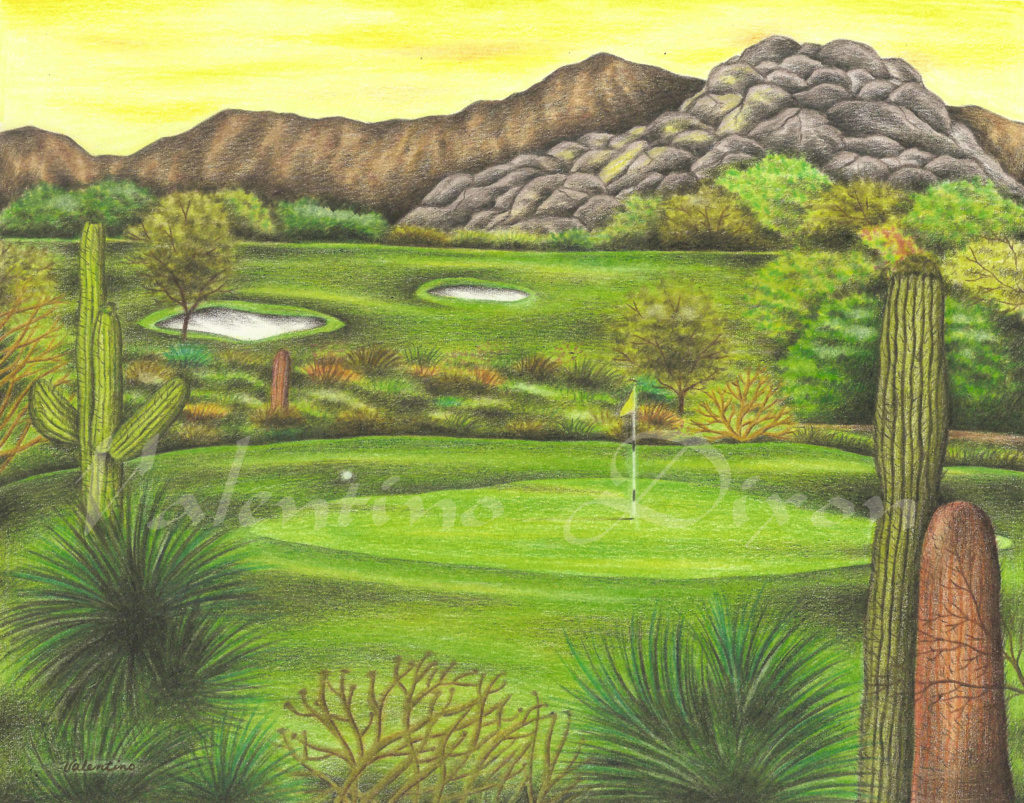 “The Cactus Course” by Valentino Dixon. View more of his art here.

Dixon began sending his drawings to Golf Digest and eventually caught their attention. “It took about a hundred drawings before Golf Digest noticed,” said Golf Digest journalist Max Adler. In addition to his drawings, Golf Digest noticed that Dixon’s conviction seemed “flimsy.” So, Adler looked into his case and later published a profile of Dixon that not only featured his art but also explored the question of his innocence.

“The case is complicated,” wrote Adler. “But on the surface it involves shoddy police work, zero physical evidence linking Dixon, conflicting testimony of unreliable witnesses, the videotaped confession to the crime by another man, a public defender who didn’t call a witness at trial, and perjury charges against those who said Dixon didn’t do it.” 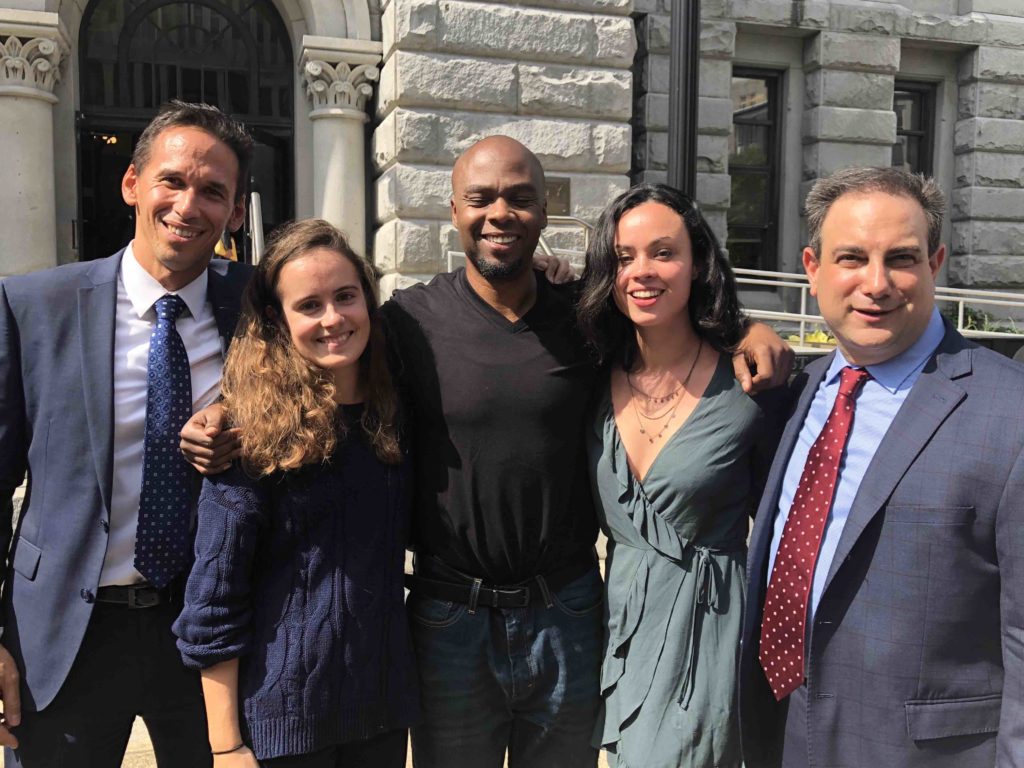 The course’s investigation aided Dixon’s lawyer, Donald Thompson, in asking the Eerie County District Attorney’s conviction integrity unit to reexamine the case. After reviewing the evidence supporting Dixon’s innocence—including confessions by a man who admitted several times to being the actual perpetrator—the unit agreed that Dixon had been wrongfully convicted and decided to vacate his conviction.

Now, a free man, Dixon plans to dedicate himself to criminal justice reform. “If you don’t have any money in this system, it’s hard to get justice because the system is not equipped or designed to give a poor person a fair trial,” Dixon told the New York Times. “So we have a lot of work ahead of us.”

And, of course, Dixon hopes to finally visit the subject of all his drawings: a golf course.