From the Inside: A High School Senior’s View of the Employees of the Innocence Project 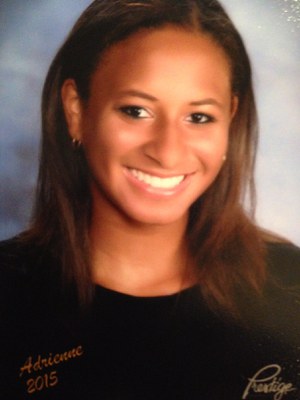 Adrienne, a senior at


Scarsdale High School, is interning with the Innocence Project and is an ongoing guest blogger.

The United States criminal justice system is letting people down far too often, but there are solutions that can make the system stronger and the Innocence Project is trying to get those solutions in place. Over the past four weeks, this is the overarching theme of what I have learned while working as an intern at the Innocence Project. Each day, in every department, this is the lesson that echoes in conversations and daily activities. The next lesson would be that getting the system to adopt those solutions is tough and it takes real determination.

The Innocence Project’s priority is to exonerate wrongfully convicted people. What I’ve learned since working here is that that process is almost never easy. There are many obstacles to proving innocence.  It’s often difficult to locate the evidence containing DNA because the evidence has been misplaced, discarded or is too degraded to test.  Other times, the Innocence Project has to have evidence tested and re-tested for DNA because results come back as inconclusive. Even once the DNA is obtained and it is clear that the imprisoned individual did not commit the crime, the legal process is not over. Nothing is instant here.

Another thing that I’ve learned is that every employee at the Innocence Project is truly passionate about what they do.  Their jobs can be demanding, but never have I been in an environment when people are willing to work so hard in order to achieve a goal. The people here move quickly around the office; they rarely take breaks. They work hard because they want the best for the clients and they’re striving for justice.  And this feeling of determination and devotion is contagious from the first moment one steps into the office.

Another amazing quality of all of the individuals at the Innocence Project is that they are appreciative of their fellow employees. Any task I complete, whether it be finding information, filing orscanning, the people here makes an effort to make it clear how much my work is appreciated and how the work is actually helpful to the goals of the organization. And, from the lawyers to the paralegals to the tech staff, the individuals here have not only made themselves available to talk to me about what they do, but they’re eager to do so. And, as a high school student, it’s been refreshing for me to learn that speaking with them is a conversation, not a lecture.

During my short time here I have realized that the only way to truly accomplish a collective goal is by everyone in the community contributing their effort wholeheartedly. There cannot be just one star player putting in 110% effort. From my experience in high school, if one member of a group is diligent and hard working, then the group project can still get a good score. In the real world, that isn’t necessarily how it works, and luckily for the Innocence Project, that isn’t a concern for them. Every “player” puts in that 110% effort every day allowing for the success of the organization.

Four weeks in and I already know that I have been affected by this experience. The people I have met, the information I have been exposed to, the overall atmosphere in the office—they have opened my eyes and I now see criminal law in a completely different light. I am still aware of how chaotic the criminal justice system can be, but I have also learned that the individuals working to fix this system are some of the most determined and driven individuals I know.

The work going on in this office is truly spectacular, and I know that I am going to savor my last two weeks here. Until next time.