From Cardozo Law Clinic Student to Documentary Filmmaker: After After Innocence 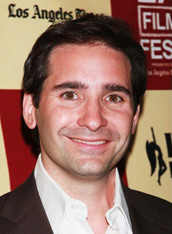 The Innocence Project Young Professionals Committee will present Marc with the Advocate for Justice Award on October 25 at the Bowery Hotel in New York City.

Today, I am an entertainment attorney and a documentary filmmaker. The Innocence Project was a little mom-and-pop clinic when I started as a student in Cardozo Law School in 1999. It’s fantastic to observe its growth and impact. The Innocence Project and its extended family always feel like home to me, and I have been honored to support its mission for over a decade.

I have so many fond memories from my clinic days – they reflect the richness and importance of the experience. My first film, After Innocence was inspired by my experience as a student in the Innocence Project. Specifically, I was inspired by the grace and persistence that the exonorees demonstrated in overcoming their obstacles.

It seems impossible, but on my very first day as a student in the clinic, Vincent Jenkins (who changed his name to Habib Wahir Abdal) was exonerated, released from prison and then drove, with his attorney, directly to our class. After this unforgettable introduction, we received our client case files and the history of each case was right there — the pages were yellowed, and the folders emitted a dank and musty odor from their years in basements, precincts and prisons. The files also provided the history of all the past students who had worked on the case. This “opening act” was incredibly cinematic – I remember thinking that everyone in the room must have been planning a film or a book.

At that time, very little media attention was given to the plight of the exonerated after they were freed from prison. In fact, there were only a handful of compensation packages for the wrongfully convicted throughout the country. I started After Innocence in 2001 and was introduced to Jessica Sanders who became my partner on the project. The film took four years to make and premiered at the Sundance Film Festival in 2005. There was a massive standing ovation at the end of the film as soon as the credits began to roll. All of the exonerees joined Jessica and I on stage in front of the audience. The applause continued for five minutes. Then, a prosecutor stood up, crying, and said: “On behalf of all prosecutors in the country, I just want to apologize.” Wow! I knew this film had the potential to make a real difference.

I was exhausted by the end. Sometimes I would call the exonerees featured in the film—Dennis Maher, Vincent Moto, Wilton Dedge, Scott Hornoff or Herman Atkins (Nick Yarris was living in the UK)—they may have thought it was just a check-in, but it was really because I needed a pick-me-up. When I speak to the exonorees, I am always inspired – over and over again. I still relish my check-ins and always look forward to discussing their triumphs and struggles.

On October 25, I’ll be speaking with my fellow honoree, Reade Seligmann, at the Young Professionals Committee’s annual event, A Night Out to Benefit the Innocence Project. We will be joined by Michael Saunders, who spent 14 years in prison for a Chicago murder that DNA proves he didn’t commit. I will be humbled to share the stage with him, and deeply grateful to the Innocence Project for its transformative presence in my life, and in his.

Find out more about