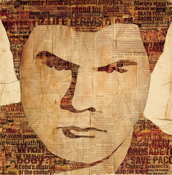 Two years ago, Paco Larranaga and his supporters asked the Spanish Government to take action on his behalf and help free him from a wrongful murder conviction that occurred in the Philippines. Larranaga was convicted despite overwhelming evidence of innocence in a politically charged double murder trial and sentenced to life in prison. Now, with more than 15,000 signatures, the President of Spain has formally requested for Larranaga’s pardon from the Philippine President. The campaign kicked into high gear this week with one last push directed to the President of the Philippines. Join the campaign to

Larranaga’s story is recounted in the documentary “Give Up Tomorrow,” which recently received an Emmy nomination for Outstanding Investigative Journalism.