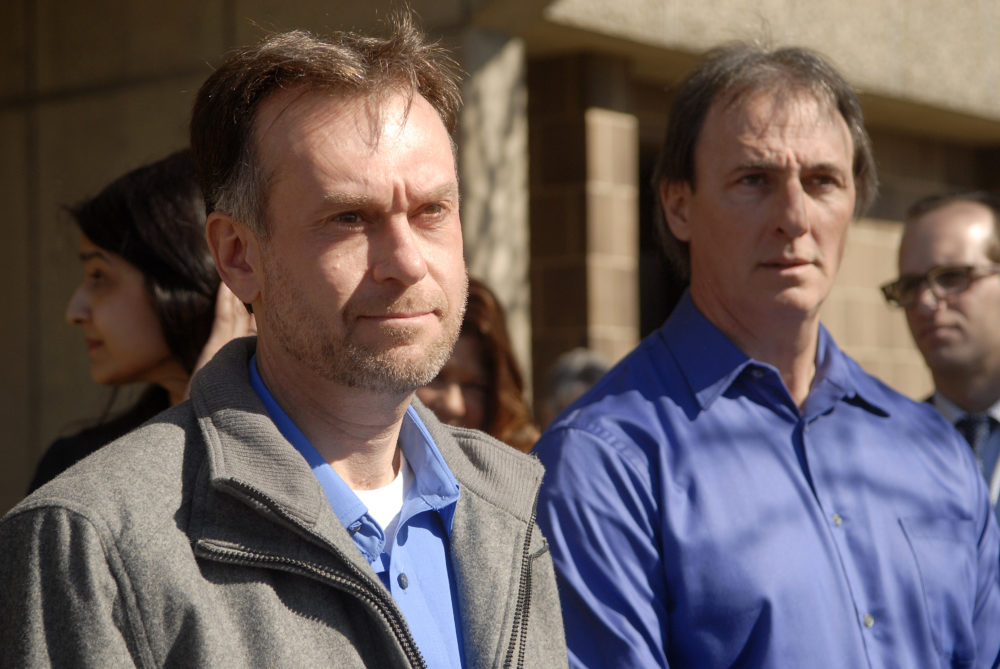 Keith Hardin and Jeffrey Clark were wrongfully convicted in 1995 and spent more than 20 years in prison for a crime they didn't commit. They were exonerated in February 2018. Photo: Maggie Huber.

Yesterday, a Jefferson County grand jury indicted former Louisville detective Mark Handy, who worked on the cases of at least three innocent men who were wrongly convicted. Handy was charged with one count of perjury for providing false testimony in the case of Edwin Chandler and another count of tampering with evidence in the case of Keith West.

“This has been a long time coming,” West told WAVE 3 News. “Det. Handy now has to answer to the wrongs he has committed.”

In 2009, Edwin Chandler was exonerated of murder after spending nine years in prison. Chandler claims Handy coerced a confession from him by threatening to arrest his sister. It was also discovered that Handy taped over a surveillance video that may have revealed the actual perpetrator.

“I hope that a jury will convict Handy and that he has the opportunity to experience what Edwin Chandler experienced behind bars,” Councilwoman Jessica Green told the Louisville Courier Journal.

Keith West was incarcerated for almost seven years for the murders of two men he maintained he killed in self-defense when they allegedly attempted to kidnap and rape him. West claims Handy taped over a witness statement and failed to disclose exculpatory evidence found in the car where West said he was kidnapped.

Handy was also the lead detective in the cases of Garr Keith Hardin and Jeffrey Dewayne Clark, who were wrongfully convicted of murder in 1995. Prosecutors relied on Handy’s sworn testimony that Hardin told him he killed animals as a Satanic ritual and wanted to move on to human sacrifices—statements that Hardin has adamantly denied making.

Related: Detective at the Center of Wrongful Convictions of Keith Hardin and Jeffrey Clark Retires

In 2016, a judge ruled that Handy’s testimony was not credible, referencing his misconduct in the Chandler case, and thereby granted Hardin and Clark a new trial. Hardin and Clark were officially exonerated in February 2018.

According to special prosecutor Shane Young, Handy will be arraigned on October 22. Both of the charges Handy faces are felonies and punishable up to five years in prison.

Read the full story on the Louisville Courier here.