Ms. Morrison was sworn in as a United States District Judge for the Eastern District of New York. 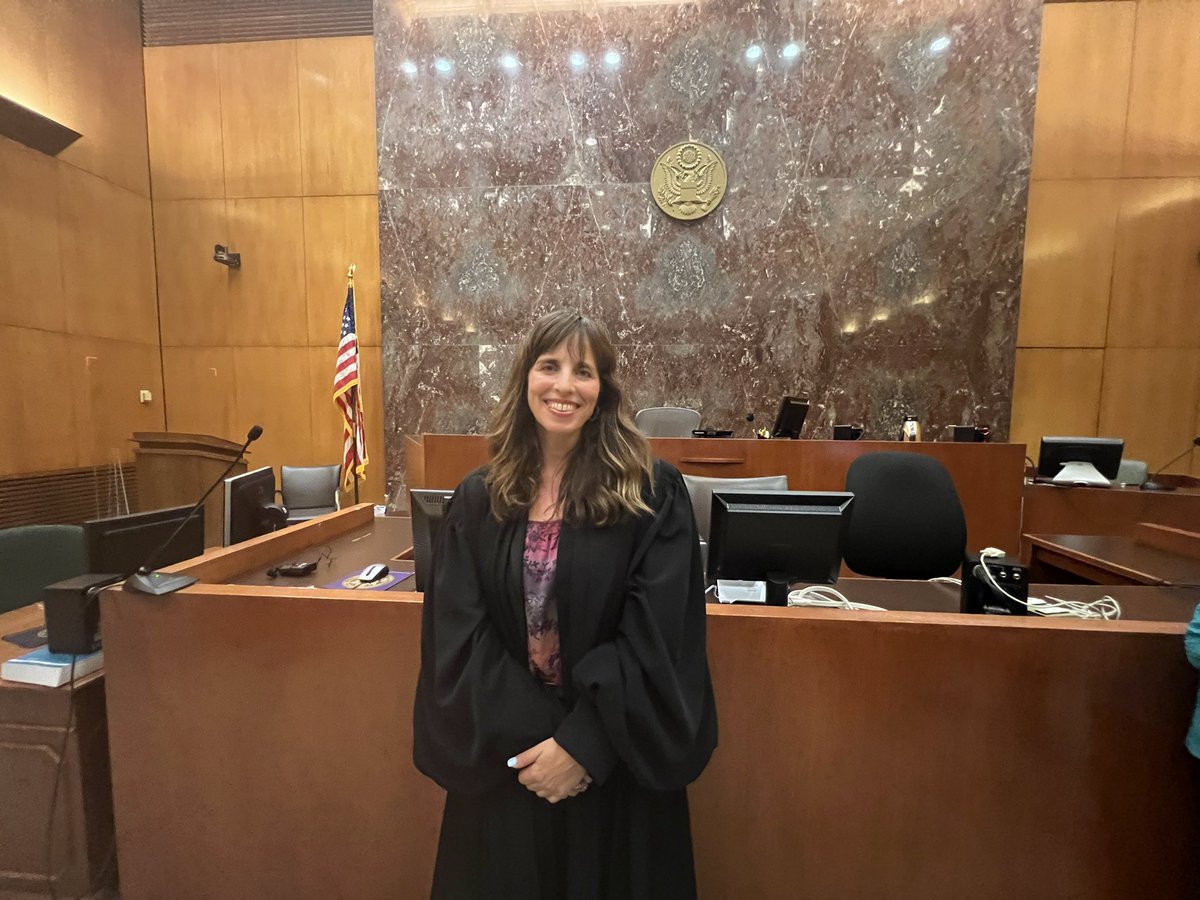 Nina Morrison, who previously served as the Innocence Project's senior litigation counsel, was sworn in as a United States District Judge for the Eastern District of New York on August 29, 2022. (Image: Alicia Maule/Innocence Project)

This week, the Innocence Project’s former senior litigation counsel, Nina Morrison, was sworn in as a United States District Judge for the Eastern District of New York. It is a proud moment for our organization — and for our criminal legal system overall.

In her 20 years at the Innocence Project, Ms. Morrison was an extraordinary force for justice. She helped free dozens of innocent people from wrongful conviction, was an incredible collaborator and leader, and pushed our legal system toward greater accuracy and equity — and she balanced it all while being a mother. We are proud to call her Judge Morrison from now on.

Ms. Morrison will add the much-needed perspective of a person who has seen, firsthand, the failings of the criminal legal system to the federal bench.

Earlier this year, the confirmation of Supreme Court Justice Kentaji Brown Jackson prompted many writers and scholars to acknowledge the rarity of criminal defense experience among our nation’s federal judges. In addition to being the first Black woman on the Supreme Court, Judge Jackson is just one of two Supreme Court justices with such a background.

Though much has been written about Judge Jackson’s historic nomination to the Supreme Court, one point that was often overlooked is why the federal bench, and every level of the criminal legal system, benefits from the inclusion of this unique perspective and from greater diversity of thought and perspective.

Research shows that diverse groups are better decision makers than homogeneous groups, as they engage in more rigorous scrutiny of the facts and produce more accurate and innovative outcomes. Indeed, the Harvard Business Review has noted that “[w]orking with people who are different from you may challenge your brain to overcome its stale ways of thinking and sharpen its performance.” This analysis is important to federal judicial decision making, where, according to a 2019 Center for American Progress report, more than 73% of federal judges are men and 80% are white. Additionally, the federal bench is also largely made up of former prosecutors: the ratio of prosecutors to defense attorneys on the bench today is almost four to one, according to the Cato Institute.

Thus, the nomination and confirmation of attorneys like Judge Morrison — a woman who dedicated her career to the representation of people who were wrongfully convicted — will bring an unusual and important perspective to the bench and, in so doing, “sharpen” the decision-making process.

Relatedly, it is important to have people from a diversity of backgrounds and experiences serve on the federal bench because those experiences can and do deepen understanding of the issues that come before the court. To be sure, identity does not predetermine how a judge will rule in any given case; however, it can make them more aware of the variety of lived experiences in America. For example, research shows that having at least one woman on an appellate court panel significantly increases the likelihood that the male judges on that panel will find for plaintiffs in cases involving sexual harassment and discrimination, according to the the Center for American Progress. Similarly, the presence of at least one Black judge on a panel increases the likelihood that the non-Black judges on the panel will find for plaintiffs claiming violations of the Voting Rights Act and in affirmative action cases.

Judge Morrison’s experience — of exposing and challenging the failures of the criminal legal system, including deeply entrenched racial bias and police and prosecutorial misconduct — is vitally important to judicial decision-making because she has seen, through her work at the Innocence Project, the flaws and cracks in our legal system up close time and time again.

We are confident that Judge Morrison will bring these much-needed perspectives to the bench and that her experiences, her humility, and her relentless commitment to ensuring equal justice for all will make her an exceptionally fair jurist.

If our criminal legal system is truly to become a beacon of justice, it is imperative that more women like Judge Morrison, more people of color, and more people with criminal defense  backgrounds serve on the bench.