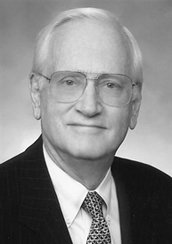 An op-ed by William S. Sessions, former director of the FBI, appeared in Sunday’s edition of the Courier-Journal, Kentucky’s largest newspaper. In the piece, Sessions endorsed two bills currently pending in the Kentucky Legislature that would improve access to post-conviction DNA testing in the state. Sessions writes about witnessing DNA testing evolve into a “powerful tool for separating the innocent from the guilty” during his tenure as FBI director and urges Kentucky lawmakers to begin using DNA technology to its full potential.


Unlike most every other state, Kentucky only allows DNA testing access to those on death row. Fortunately, Rep. Johnny Bell and Sen. John Schickel have filed bills to improve access to post-conviction DNA testing for Kentuckians who have been wrongfully convicted. In the interests of justice and safety, I urge Kentucky lawmakers to ensure these bills become law.

On February 11, the Kentucky Senate unanimously passed a version of the bill that would exclude those who pled guilty or accepted an Alford plea from receiving post-conviction DNA testing. Sessions addresses his concerns with these exceptions in his op-ed:


While it may be difficult to comprehend why someone would plead guilty to a crime they did not commit, this reality has occurred in 10 percent of the 302 cases where people were exonerated through post-conviction DNA testing. When post-conviction DNA testing can provide probative evidence of innocence in violent crime cases, a judge should be allowed to order such testing regardless of how the conviction came about.

The Senate bill has since moved on to the House where members are also considering Representative Bell’s bill, which does not currently include this exception.