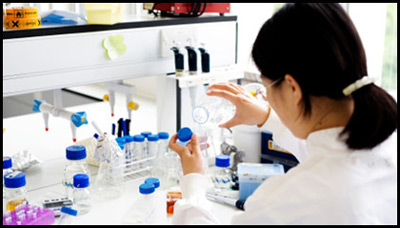 Robert Lee Stinson spent nearly 23 years in prison before he was freed in January based on new DNA test results showing that another man committed the murder for which Stinson had been convicted. On July 27, 2009, Milwaukee prosecutors announced that they were dropping all charges against Stinson, making his exoneration official.

Stinson, like approximately 50% of DNA exonerees, was convicted based in part on unvalidated or improper forensic science. Two forensic dentists testified at Stinson’s trial that bite marks on the victim’s body matched his teeth exactly. One of the examiners claimed in his testimony that there was “no margin for error.” Stinson is the seventh person exonerated by DNA testing whose conviction involved bite mark analysis, a forensic discipline that has never been validated. Read more about Stinson’s case on the Innocence Blog.

Awareness of the need for forensic reform has been growing since the National Academy of Science released its unprecedented report calling for an independent, science-based federal entity to ensure that forensic evidence is based on solid science.


A cover story in the August issue of Popular Mechanics

features the case of Innocence Project client Roy Brown, who was convicted in New York based on faulty bite mark analysis and exonerated through DNA testing in 2007. The article examines the “shaky science” of  ballistics, bite marks, fiber analysis, fingerprinting and more.

Criminal forensics has a deeper problem of basic validity. Bite marks, blood-splatter patterns, ballistics, and hair, fiber and handwriting analysis sound compelling in the courtroom, but much of the “science” behind forensic science rests on surprisingly shaky foundations. Many well-established forms of evidence are the product of highly subjective analysis by people with minimal credentials—according to the American Society of Crime Laboratory Directors, no advanced degree is required for a career in forensics. And even the most experienced and respected professionals can come to inaccurate conclusions, because the body of research behind the majority of the forensic sciences is incomplete, and the established methodologies are often inexact. “There is no scientific foundation for it,” says Arizona State University law professor Michael Saks. “As you begin to unpack it you find it’s a lot of loosey-goosey stuff.”

The Innocence Project has joined with leaders from across the criminal justice system in calling for the creation of a National Institute of Forensic Science to support, research and oversee the forensic sciences. To add your voice to this effort, please