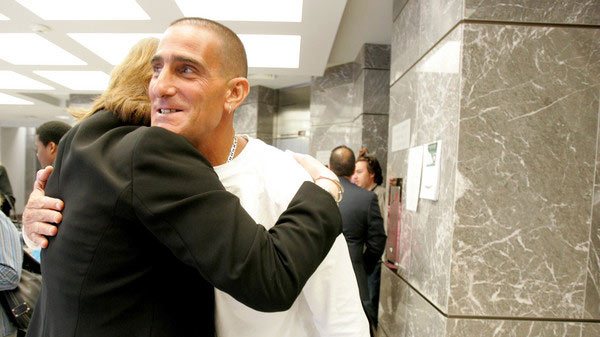 Anthony Caravella was officially exonerated this morning in south Florida when a state judge tossed out his conviction based on DNA test results that confirmed earlier proof of his innocence. Caravella, who turns 42 on Saturday, spent nearly 26 years in prison before DNA testing led to his release in September.

Since September, Caravella has lived with an ankle bracelet and an 11 p.m. curfew. Today, he was fully cleared and Broward County judge Thomas Lynch offered an apology.

“A lot of people have worked very hard for you,” Lynch told Caravella as he tossed out the conviction. “On the other hand, there are some other people who may owe you an apology.”

“May I take this opportunity to apologize to you on behalf of the state of Florida. I wish you luck.” Caravella was just 15 when he was arrested for a rape and murder in South Florida. He made admissions of guilt after a lengthy interrogation and his “confession” would serve as the primary evidence against him. Prosecutors sought the death penalty, but the jury imposed a life sentence.

“I waited a very long time for this — it feels good, man,” Caravella said today, according to the Sun Sentinel. Without the tracking device, he said he felt about 10 pounds lighter.

Caravella, who has been represented on appeal for eight years by Broward County Public Defender Diane Cuddihy, is the 252nd person exonerated through DNA testing in the United States.