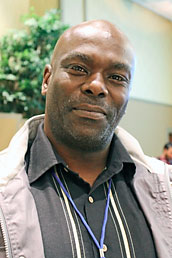 ’ Retro Report. Despite the ease at which television detectives have solved crimes with the aid of forensics for the past several decades, some forms of criminal analysis have been proven to be unreliable, including microscopic hair analysis.

In Retro Report’s series of video documentaries, the unscientific tool of microscopic hair analysis is shown to be a contributor to wrongful convictions.

spent more than two decades in prison for a rape he didn’t commit because a Federal Bureau of Investigations (FBI) agent testified that a hair found on the victim’s nightgown was microscopically similar to Odom’s hair, “meaning that the samples were indistinguishable.” But since hair microscopy is an inexact science, it was later proven through DNA evidence that the results were exaggerated and false.

In 2009, National Academy of Sciences (NAS) called several other lab techniques into question along with hair analysis. According to the NAS report, fingerprinting, blood typing, weapons identification, shoe print comparisons, handwriting and bite mark analysis were techniques that never yielded results with the high degree of certainty that DNA testing had.

In addition to scientific error, the Retro Report recounts incidents where lab technicians were at fault — typically slanting their conclusions in the prosecution’s favor. A forensics expert, Max M. Houck, who used to work in the FBI lab, told Retro Report that there was “absolutely a disconnect between what I could say as a scientist and what the prosecutors, or the defense attorneys, wanted me to say.”

Of the nation’s 316 DNA exonerations, unscientific hair comparisons performed by crime labs played a role in nearly one-fourth of them and the FBI has taken note. Last July, the Innocence Project, the National Association for Criminal Defense Lawyers and its partners announced a groundbreaking and historic agreement with the FBI and the Department of Justice to review more than 2,000 criminal cases in which the FBI conducted microscopic hair analysis of crime scene evidence.