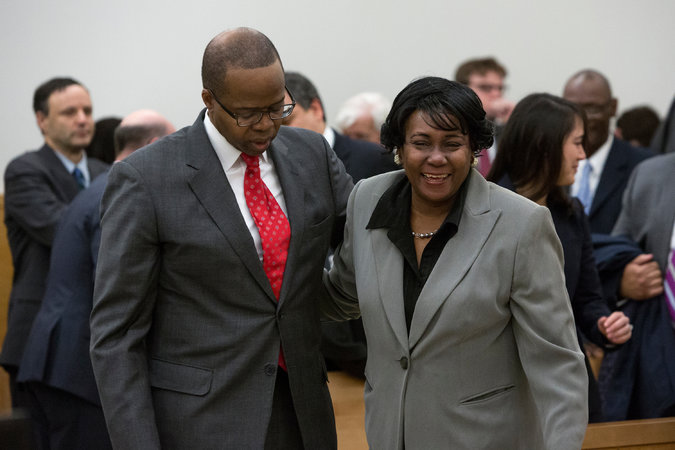 A Brooklyn woman who served 10 years in prison for a crime she did not commit was exonerated Tuesday after an investigation by the Brooklyn district attorney’s Conviction Review Unit revealed she was coerced into confessing by former detective Louis Scarcella.

Vanessa Gathers, now 58, was convicted in 1998 after she confessed to participating in an assault and burglary that led to the death of the 71-year-old victim. According to a statement released by the district attorney’s office, Scarcella questioned Gathers in 1992 because she fit the description of one of the suspects. Gathers denied involvement in the crime.

Years later, she was interrogated by Scarcella again and confessed. An investigation into the case by the district attorney’s Conviction Review Unit revealed that Gathers’ confession contained many inaccuracies about the crime and a “complete lack of a coherent narrative” of the sequence of events.

examined a dozen of his cases, including that of

, who was exonerated that year when an investigation revealed that his confession to the murder of a beloved Brooklyn rabbi was coerced by the detective.

In May of that year, the Conviction Review Unit launched an investigation into all murder cases resulting in a guilty verdict after being investigated by Scarcella.

Gathers is the first woman to be exonerated by the Conviction Review Unit. The unit has exonerated 18 people since its inception; many of the cases involved Scarcella.

“These wrongful convictions represent a systemic failure, a failure by prosecutors, defense attorneys, by judges, by the system,” Thompson told the

. “These wrongful convictions destroy lives, and no matter what happens, Ms. Gathers will not get back those 10 years.”