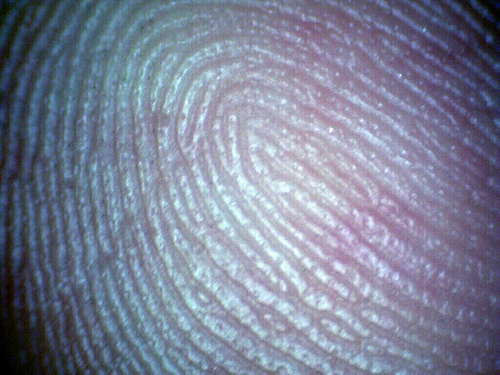 A deaf man who was convicted of a 1991 sexual assault he says didn’t commit could be cleared by a fingerprint that police have known about for years.

The Dallas District Attorney’s Conviction Integrity Unit is reviewing the case of Stephen Brodie, who is in a Texas prison in connection with a sexual assault that he has long maintained he didn’t commit.

Brodie, 38, says he falsely confessed to assaulting a five-year-old girl after 18 hours of police interrogation – about half of which was done without an interpreter. He pled guilty to the assault after he learned that his alleged confession could be admitted at trial and that he could face a 99-year sentence.

“It was a lot of stress, because (the detective) was asking me so many questions over and over again,” Brodie

. “I got fed up. I gave up. It’s easy to give up.” The Richardson, Texas, police knew about an unknown fingerprint from the crime scene at the time, but still focused their investigation on Brodie. While Brodie was in prison, Richardson police discovered that the fingerprint on the victim’s window (the perpetrator’s point of entry), matched a man suspected in a string of similar sexual assaults. Brodie fought the conviction on the grounds of the fingerprint, but a judge denied his appeal in 1994, saying the confession outweighed the print.

If Brodie is freed, he would be the second person cleared in Richardson in two years based on evidence of innocence. Innocence Project client

was wrongfully convicted in Richardson in 1986. He served 23 years before DNA tests on crime scene evidence proved his innocence and led to his exoneration. His wrongful conviction rested largely on the victim’s identification, given after a suggestive identification procedure.