Felipe Rodriguez’s First Father’s Day Home in 28 Years: ‘Being a dad is glorious’

For Father’s Day we interviewed our newly freed clients who spent years–sometimes decades–in prison, separated from their children. We are thrilled that they are finally free and reunited with their loved ones. We also take this time to think about the countless number of fathers in prison who are still fighting for justice.

Number of Father’s Days behind bars: 28

What do you remember about Father’s Day in prison?
For the average individual, Father’s Day in prison is when most people are upset. Most guys are mad at the world. A lot of the guys feel that they’ve been robbed of their children.
For me, it was different. Father’s Day was always a day where I worked the hardest and I actually immersed myself in my painting. I didn’t allow myself to think of everything.

My son [Felipe Jr.] was the epitome of my suffering. Every time I thought about him–the fact that he didn’t have a father to be there for him, to watch his baseball game, to be there for the first day of school—that was the ultimate way I suffered the wrongful conviction. I felt that my son also got touched by the injustice done to me. He felt my incarceration just as much as I did. The system had put him in prison, too.

On Father’s Day, I felt the incarceration three times as much as I did on a regular day. The same went for Christmas and my son’s birthday.

What kept you guys going?
I am a persistent individual. I sent him cards so that he would never forget about me. I made sure that he turned about to be a very decent man. It’s not every day that you can see a young man turn out decent after everything he’s been through.

My son was three years old when I went to prison. He used to wait for me to come home to put him to bed. I am sure he was wondering why his dad wasn’t there to tuck him in at night.

What does being a father mean to you?
It’s not about the five or six hours you spend in the waiting room with your kids or writing them letters on their birthdays. Being a father is when you are there to take them to the doctor, there for their first day of school. I stopped being a dad in 1989 when I was taken away from society. I lost my son and my son lost his dad.

How do you feel about Father’s Day this year?
I wasn’t even thinking about it until you brought it up.

“[Being a dad] is the most precious thing one can become in their life.” -Rodriguez

I think it’s going to be the best Father’s Day any man could enjoy. Having the gift of seeing my son—to hug, to kiss and to look into his eyes–that’s all I ever wanted. It will be the most memorable day of my life. I thank all the fathers, especially mine. I am thankful for the gift of freedom.

What do you remember about your dad?
My dad died when I was in prison. My dad who I called “dad” was my step-dad. In all essence, he is the man that I loved and looked up to. He’s the man that gave me a sense of purpose. He had the qualities of an honorable individual. I am going to try to do everything I can to be like him.

What’s your advice for other dads in prison?
My advice to all fathers in prison is to have gratitude for what it means to be called a “dad.” The word “dad” is loaded with responsibility. At the end of the day, men in prison should be humble and allow time to heal the wounds of the separation from their children. Don’t allow it to consume you—it will drive you insane. In order to persevere, you have to contemplate what being a dad means. It’s the most precious thing one can become in their life. It’s absolutely glorious. We shouldn’t use the term “dad” lightly. 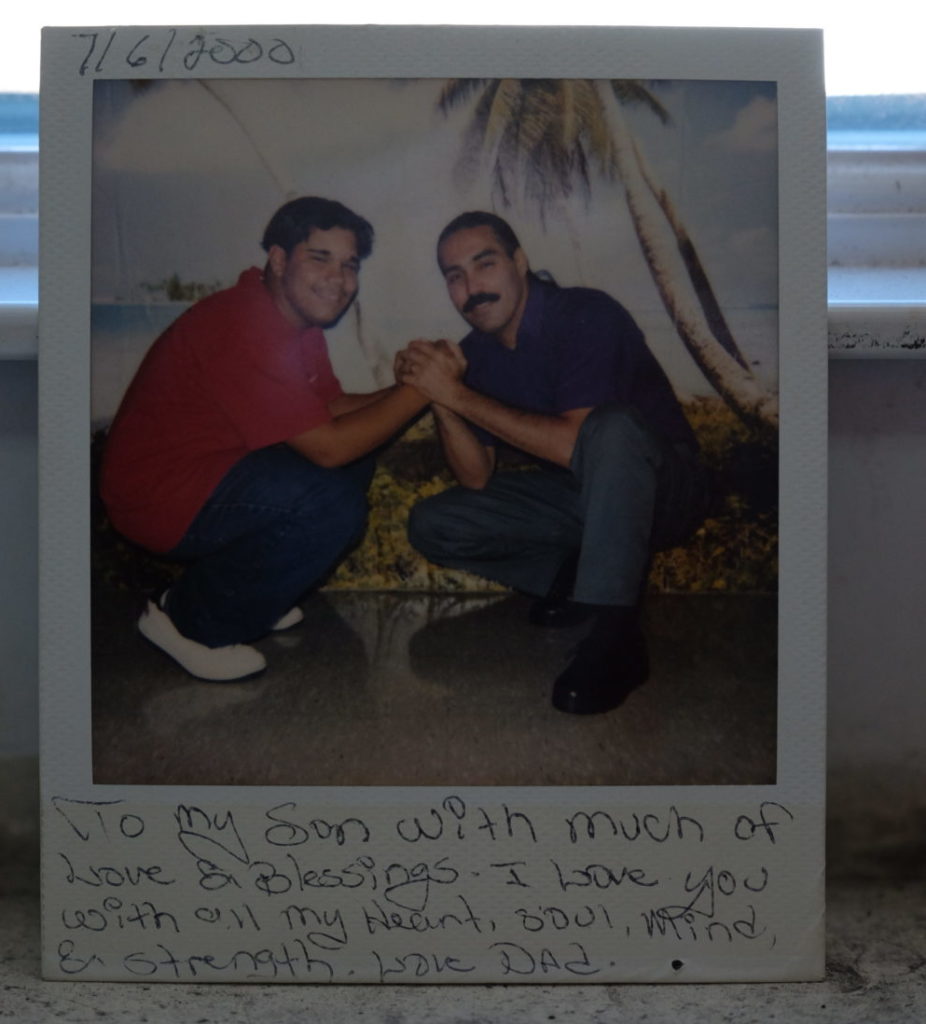 Related: Robert Jones on Father’s Day: ‘It’s a joy to have a family who looks up to you’