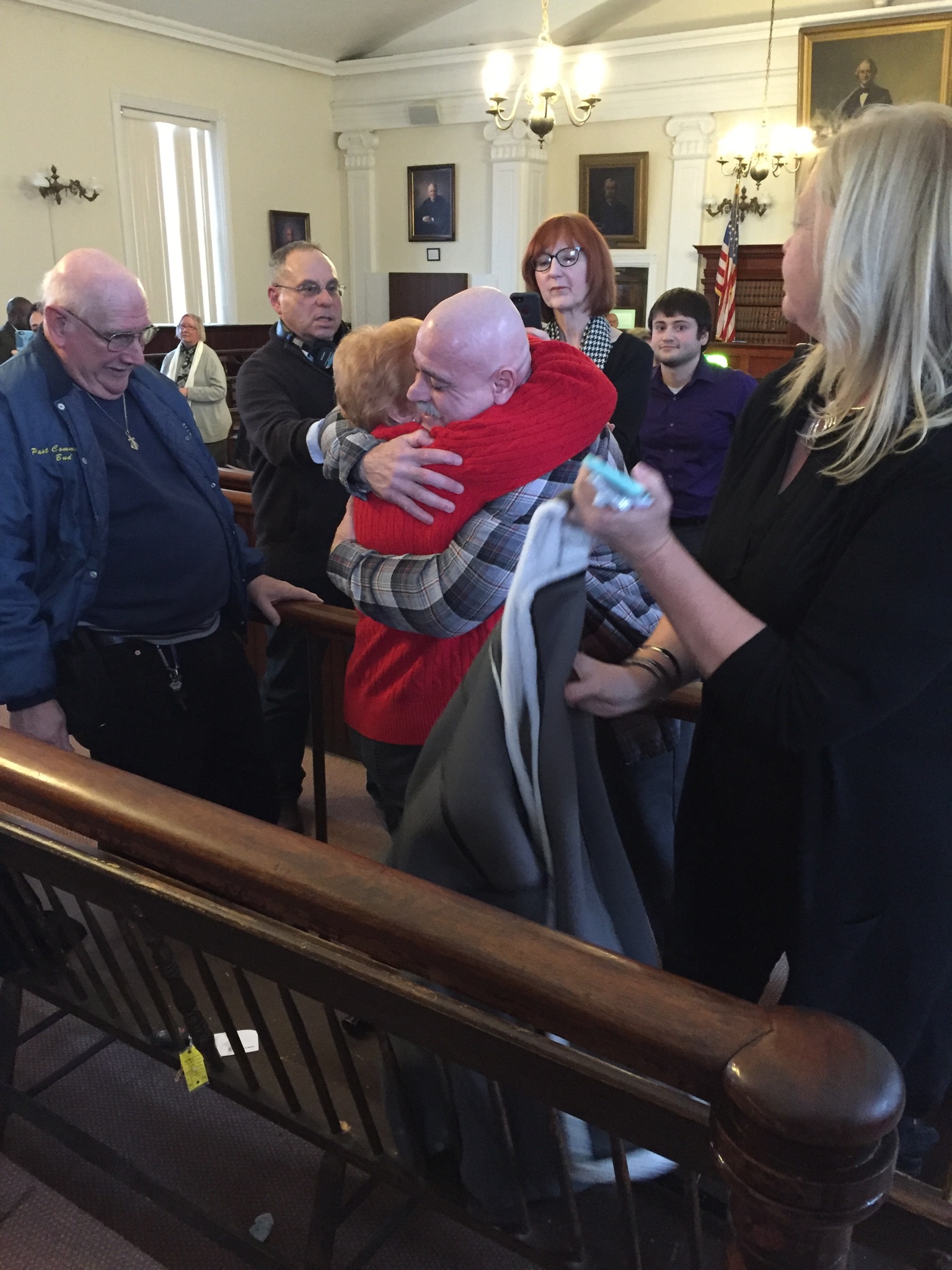 George Perrot hugging his mother after he was released on Feb. 11, 2016

Last week, the Innocence Project announced that its client George Perrot had his 1992 rape and burglary convictions vacated based on evidence that an FBI agent gave erroneous testimony that greatly overstated the significance of a hair used to connect Perrot to the crime scene. Yesterday, in recognition of the fact that “the case against Perrot would likely not result in a conviction—or even get to a jury— should prosecutors re-try the charge” today, Superior Court Judge Robert Kane released Perrot on his own recognizance, reports the Boston Globe.
Perrot was 17 years old when he was accused of raping and burglarizing then-78-year-old Mary Prekop in her Springfield, Massachusetts, home in November 1985. He was convicted two years later based largely on the testimony of an FBI analyst who said that a single hair found at the crime scene was “consistent with” coming from the teenager.
But in 2014, Perrot received a notice that changed his life. He learned that the agent in his case, Wayne Oakes, erroneously testified at his trial. Perrot was sent the notice in response to a government review of nearly 3,000 cases in which FBI examiners may have submitted reports or testified in trials using microscopic hair analysis. In the 268 cases where examiners provided testimony used to inculpate a defendant at trial, erroneous statements were made in 257 or 96% of the cases.
In a hearing held in September of last year, Perrot’s legal team presented several experts who testified about the nature of microscopic hair analysis, the evolution of the scientific community’s understanding of the limits of this technique since the time of trial and the significance of the erroneous testimony.
Based on the new evidence, several weeks ago the court issued a 79-page ruling which stated that Perrot is entitled to a new trial “because of the introduction of hair evidence that in numerous and material respects exceeded the foundation of science.”
Yesterday at Perrot’s bail hearing, it was unclear as to whether the prosecution will decide to retry him. In the meantime, the now 48-year-old man is free.
Perrot is represented by Lisa Kavanaugh, Kirsten Mayer, partner at Ropes & Gray, and Dana Delger and Chris Fabricant at the Innocence Project.
To read more about the case, see the