Robert Jones on Father’s Day: ‘It’s a joy to have a family who looks up to you’ 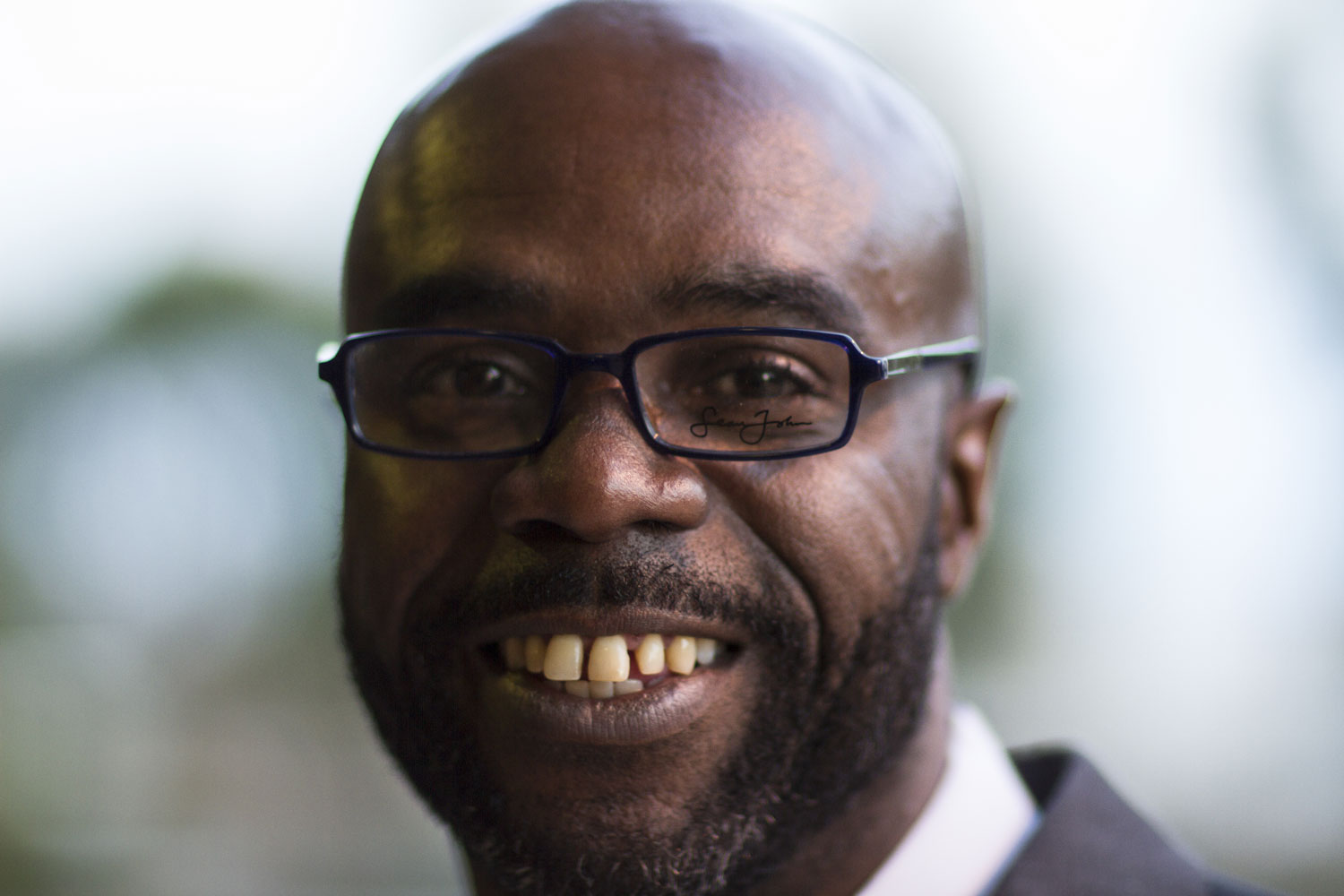 For this Father’s Day, we interviewed our newly freed clients, many who spent years–sometimes decades–in prison, separated from their children. We are thrilled that they are finally free and reunited with their loved ones. We also take this time to think about the countless number of fathers in prison who are still fighting for justice.

Tell me about your family?
I have three kids, two step kids and five grandchildren. All my children are doing well. One of my daughters, Robinsha, is going to school for criminal justice. Robert Jones Jr. is a chef and musician. Robresha is a manager of hotels and a pharmacology student. Deryion is in college for nursing. And Corey just graduated from high school.

What was Father’s Day like in prison?
As a father, you hold on to that day. I was depressed on those days. I could only imagine what other families got to do. Unless Father’s Day was on a visiting day, I got calls and things of that nature from my family, but it was totally different than being free to do what you wanted to do. 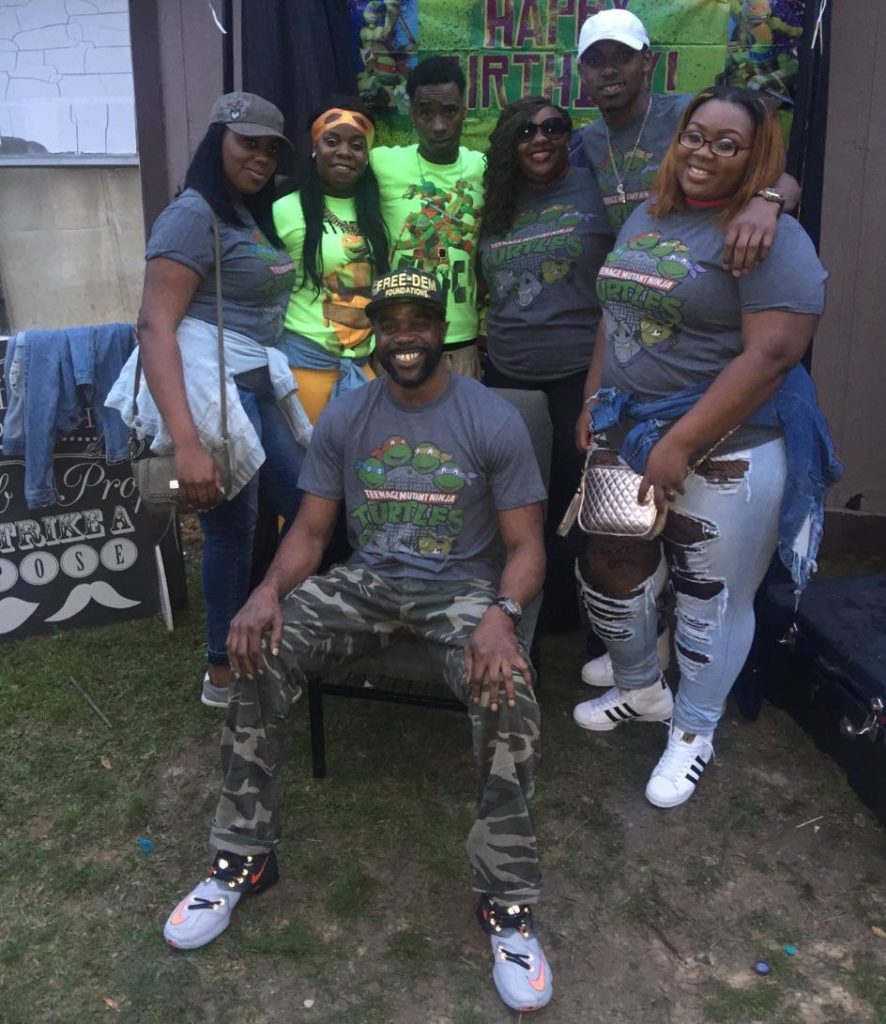 Robert and his family at his great nephews birthday in April 2017.

What kept you going for over 20 years away from family?
I grew up poor and I watched the struggles that my mother went through as a single parent. I didn’t want my children to be raised in that particular struggle. I did as much as I could through letters and phone calls to keep my kids on the right track.
One of the main things that kept me going, aside from being innocent, is that statistically speaking for every black male that goes to prison, it’s more likely that their kids will also go to prison. Knowing that, I did everything possible to make sure it wouldn’t happen to my kids. I made an effort to change the statistic for my family. And I did. I gave them the guidance they needed to survive in this crazy world.
What is a favorite memory with your kids?
My oldest daughter was two years old when I left. I could remember that she used to grab my toes under the covers. My son used to whine so much and every time I used to change him he would pee on me. We still laugh about that.
My youngest daughter, she wasn’t born yet. Unfortunately, the majority of my memories come from seeing them in prison. 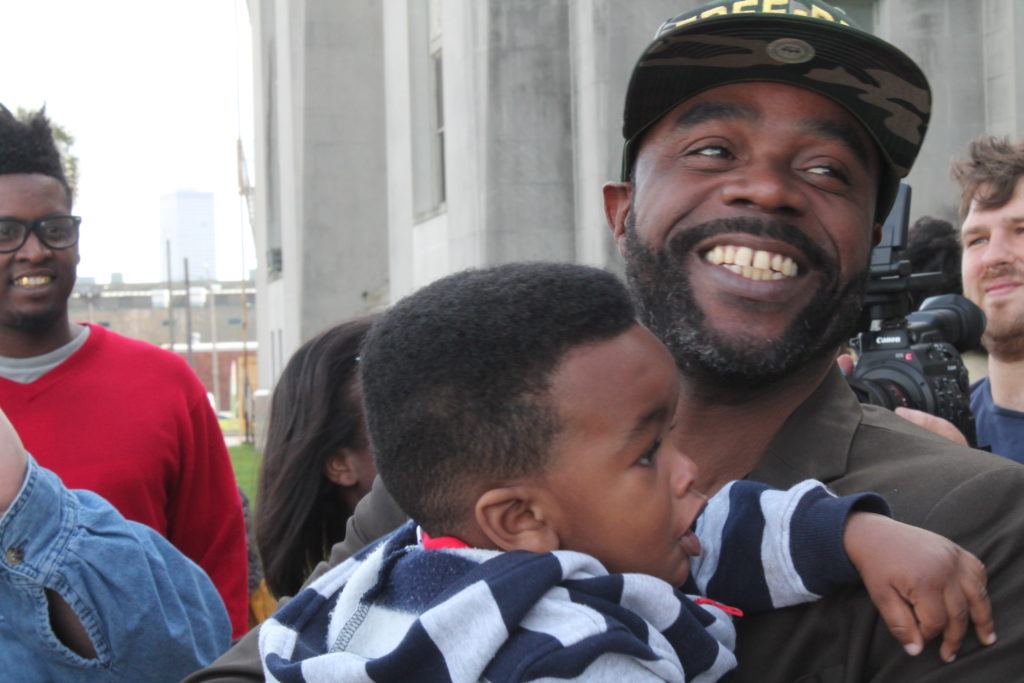 Robert Jones with his grandnephew King after his exoneration on January 26, 2017.

Who did you look up to as a father figure?
One of the reasons my mother was a single parent was because my father was killed when I was 7 years old. When that happened, I took the role of being a man. I had a very brief childhood because I knew I had to help my mom. Eventually, I got a stepdad who I didn’t initially see as a dad but then he did impart wisdom on me.
Growing up in these poverty stricken environments, you get pieces of wisdom from many men.
What’s your advice for other fathers who are locked up?
I would encourage them to communicate with their kids and impart guidance in their lives. You can’t be there physically but there are ways to communicate through writing letters. You can express a lot in a letter. It can actually change your kids. I saw how it changed my children, nieces and nephews. Letters play a major role. They allowed me to escape a lot of the pitfalls of prison. Stay active in your kids’ lives even if they don’t write back. Sometimes they are too young. Eventually, they start to communicate and they hold on to those letters. I smile to myself, knowing now that they really were paying attention.
What are you looking forward to most of Father’s Day?
It means a lot. I was exonerated this year but I got out of prison in 2015. Being around my kids and grandkids is amazing. This year that I am exonerated, I don’t have to worry about it. Now, I am free. It’s a major difference. I can live my life how I choose to live it. That’s the beauty of being free; life is unpredictable. You can’t predict what your family will get for you. In prison you could predict what would happen next.
Father’s Day is a day to be honored. A person should be a father every day. Try to be the best father you can be to your kids, grandkids, nieces and nephews. It’s a joy to have a family who looks up to you. 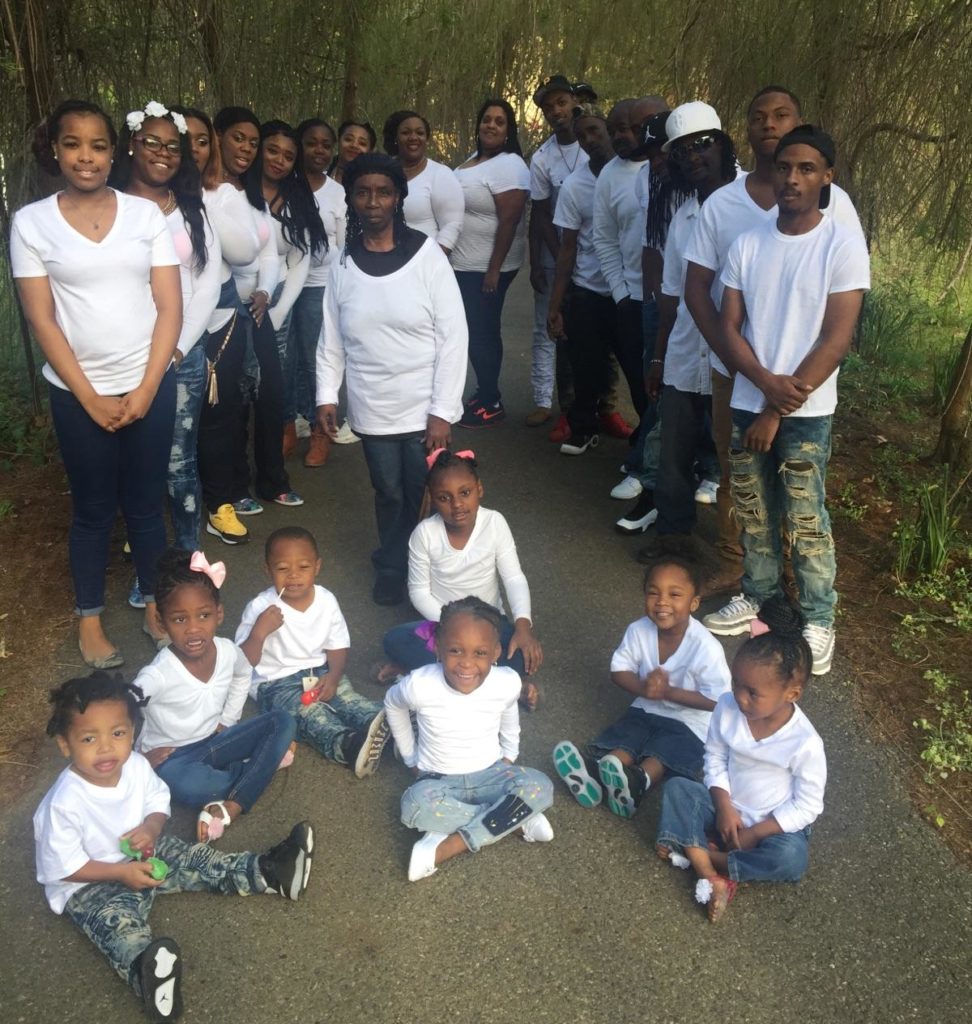 Robert Jones’ family together in April 2017. His mother, Lois, is standing in the center.