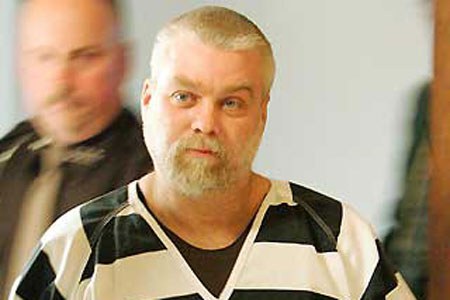 What role did the Innocence Project play in the cases against Steven Avery?

What can I do to help?

Many people have asked how they can support Steven Avery and Brendan Dassey. Avery’s attorney Kathleen Zellner has established a legal defense fund for Avery. To donate to this fund, you can make checks out to the Steven Avery Legal Defense Fund and mail them to:

To support the Innocence Project in its efforts to overturn wrongful convictions and prevent them from occurring in the first place, go here.

To learn more about innocence organizations in other parts of the country or world, go here.

Did the Innocence Project take down Steven Avery’s case profile from its website after the Halbach murder, as some have suggested?

No. The Innocence Project maintains profiles of all of the nation’s DNA exonerations, including that of Avery. That profile has never been removed from our website. After Teresa Halbach’s murder, the Wisconsin Innocence Project’s website became the focus of angry complaints that it was adding insult to the Halbach family’s very tragic loss, and the site was generating considerable anger directed toward Avery. Out of respect for the Halbach family, and in hope of cooling public passions, the Wisconsin Innocence Project decided to remove, temporarily, not just the Avery case description, but descriptions of all of its clients and cases, from its website. All profiles, including Avery’s, were returned shortly thereafter. Read more here.

What role did the Wisconsin Innocence Project play in Steven Avery’s case involving the death of Teresa Halbach?

Avery’s journey through the criminal justice system is a troubling one and deserves serious scrutiny. While most involved in law enforcement are ethical and well-intentioned, unfortunately, Avery’s case is not alone. Many cases in our files present compelling cases of injustice and wrongful conviction. Correcting these injustices is typically a long process, often requiring years of investigation and litigation before resolution, and many never lead to exoneration. Regardless of the merits of Avery’s claims, the documentary’s focus on this one case highlights flaws in the criminal justice system that recur and that must be addressed, both to rectify individual injustices and to improve the criminal justice system so that it is less prone to error. Learn more about the causes of wrongful convictions
here. Read an op-ed by Wisconsin Innocence Project Director Keith Findley on the Avery case here.

What can I do to help prevent wrongful convictions?

The best way to help prevent wrongful convictions is to educate yourself and others. One easy way to do that is to sign up to receive regular updates, action alerts and in-depth news and analysis about the work of the Innocence Project. Once you register for free here, you can email your friends, family and colleagues to ask them to sign up too. You can also follow us on Facebook, Twitter and Instagram.