Exonerees Share What Artist Taryn Simon’s Photos Mean to Them 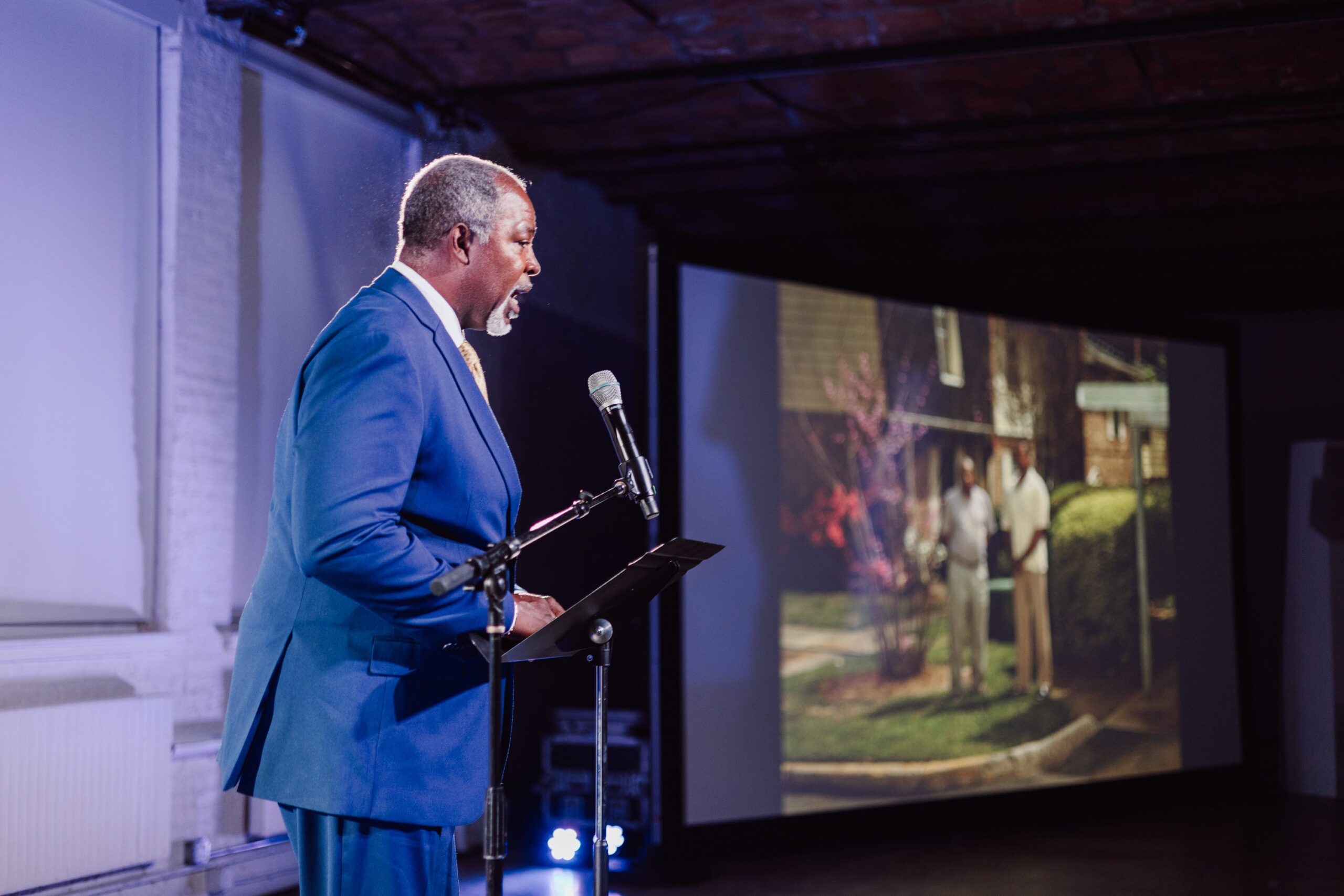 It was standing room only at MoMA PS1 in New York City on May 5 where nearly 200 people gathered to hear four exonerees — Herman Atkins, Calvin Johnson, Chris Ochoa, and Tyra Patterson — talk about their wrongful convictions and the way in which artist Taryn Simon’s photography has honored their stories of strength and resilience.

Following an assignment by the New York Times Magazine in 2000 to photograph individuals who were wrongly convicted, imprisoned, and subsequently freed from death row, Ms. Simon started to investigate photography’s role in the criminal legal system. After receiving a John Simon Guggenheim Foundation Fellowship in photography, she traveled across the United States to photograph and document the stories of other wrongly convicted people — photographing her subjects at sites representing significant moments in their path to wrongful conviction, including the scenes of their misidentifications, arrests, alibis, and the places in which the crimes they were wrongly accused of committing had occurred.

Over the course of three years (2000–2003), Ms. Simon, with the assistance of the Innocence Project, photographed 46 wrongly convicted individuals, including several Innocence Project clients. The resulting project stresses the cost of ignoring the limitations of visual material and minimizing the context in which images are presented. The new edition of The Innocents includes previously unpublished images; a new introduction by Innocence Project co-founders Peter J. Neufeld and Barry C. Scheck; an essay by professor and curator Nicole R. Fleetwood based on a conversation with criminal legal and social justice activist Tyra Patterson; and a new section featuring original police reports, court transcripts, and correspondence detailing the procedures behind many of the misidentifications and wrongful convictions documented in the book.

“The photographs and testimonials I gathered 20 years ago document the earliest exonerations through DNA evidence in the United States,” Ms. Simon said in her opening remarks at PS1. “For the individuals I interviewed, the primary cause of their wrongful conviction was mistaken identification, often through law enforcement’s use of photographs and lineups. These identifications rely on the assumption of precise visual memory but don’t account for the ways in which memory can change through exposure to composite sketches, mug shots, Polaroids, and lineups.”

At PS1, each of the four exonerees spoke about their challenging fight for justice and what it meant to to have their image so powerfully captured by Ms. Simon. 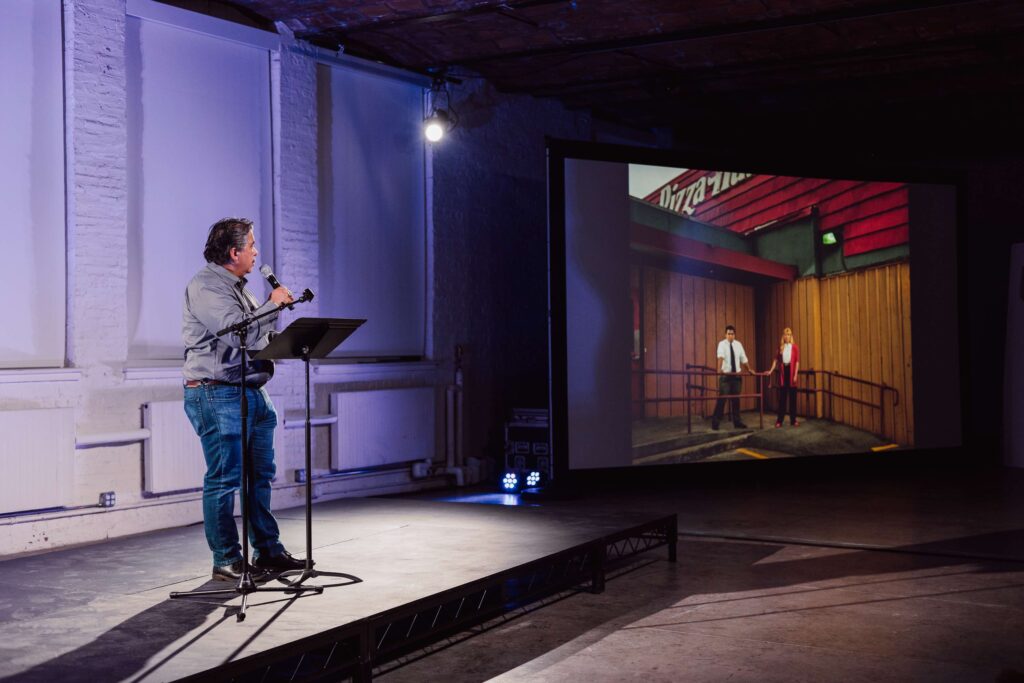 Ms. Simon photographed him alongside Jeanette Popp, the mother of the woman Mr. Ochoa was wrongly convicted of raping and murdering at a Pizza Hut in Austin. Mr. Ochoa spent 12 years wrongfully imprisoned. He was exonerated with the support of Ms. Popp after another man confessed to committing the crime. Mr. Ochoa and Ms. Popp have since become friends.

The new edition of The Innocents is available to purchase here. Striking excerpts from the book are featured below. 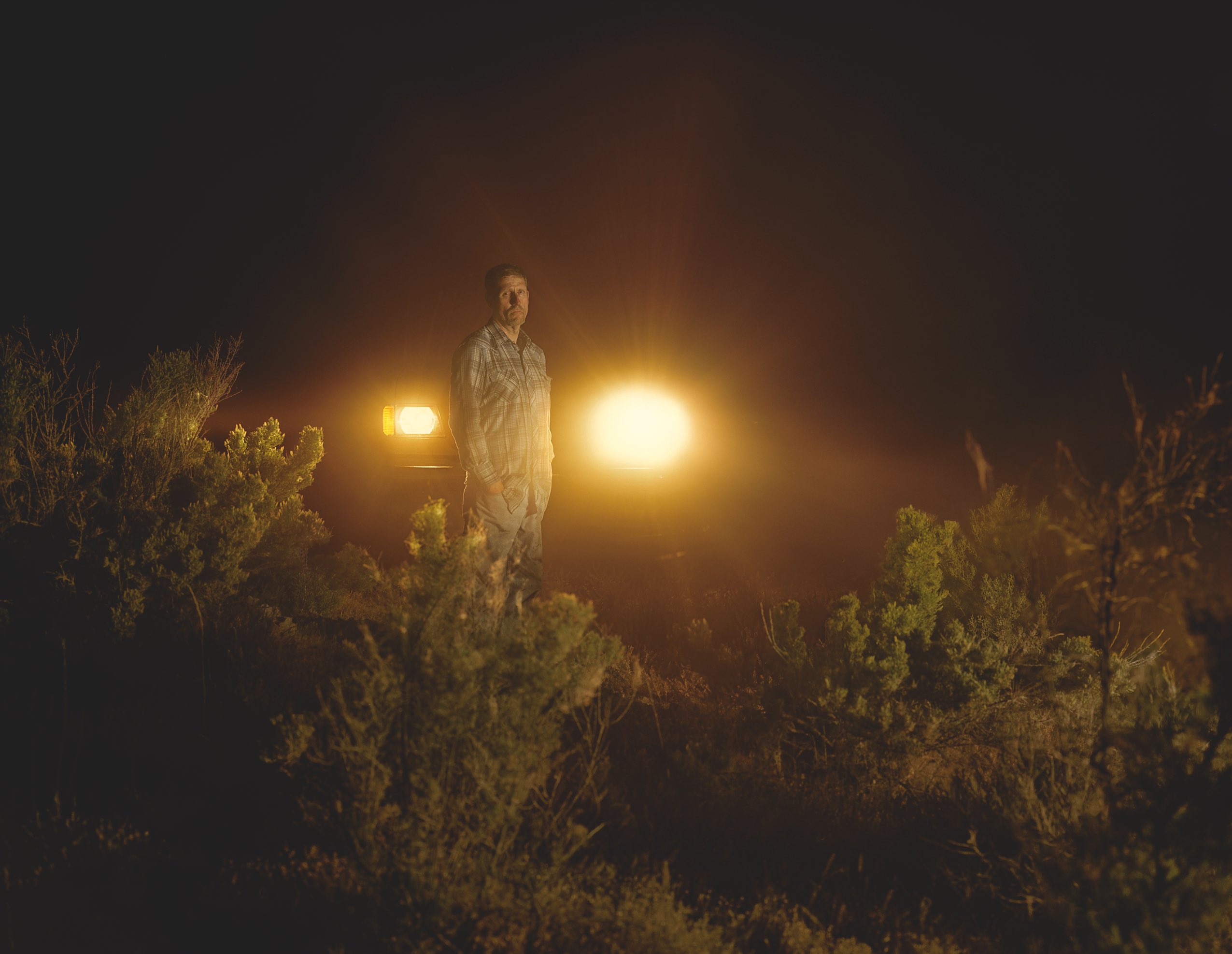 “They took me back to a room. Lieutenant Patrick was there, and he had a death warrant. He read it, cracked a few jokes, and that was about it. … They had to give us a copy of the procedure. We read it to see how it went. They strap you on the gurney. The spiritual advisor leaves. Then they put the needles in and walk behind this thing and start pushing some buttons. Wouldn’t take more than about four minutes.” 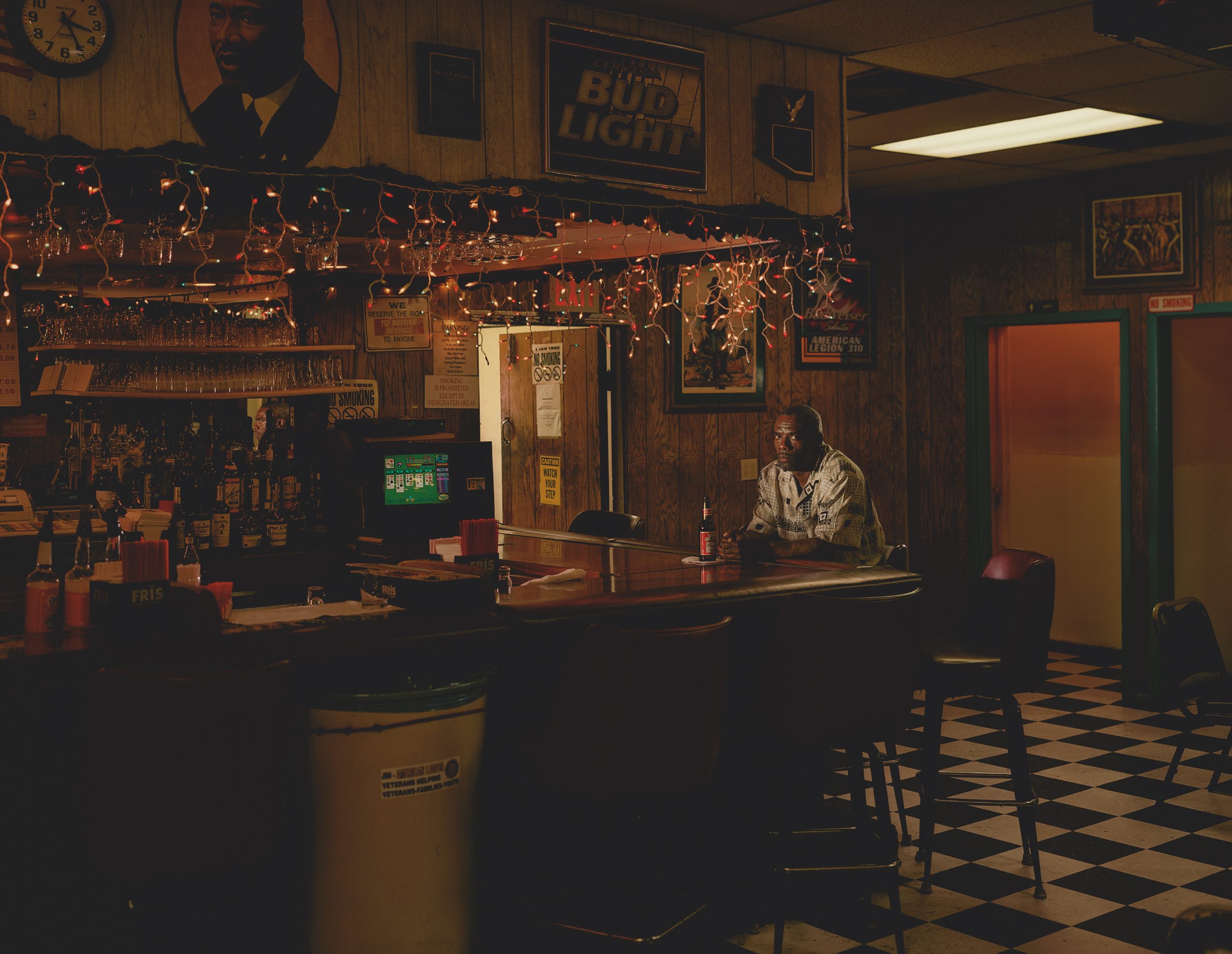 “If I sat down with a person and emptied my heart out and let them know everything I went through, he’d be stark raving mad. He wouldn’t know how to deal with it. And it’s something that I have to live with on a day-to-day basis … I can’t black this out … It might go away for a moment, but in the middle of the night, I’m going to wake up shivering and sweating knowing that I had to go through this. I wouldn’t wish this on nobody, nobody.” 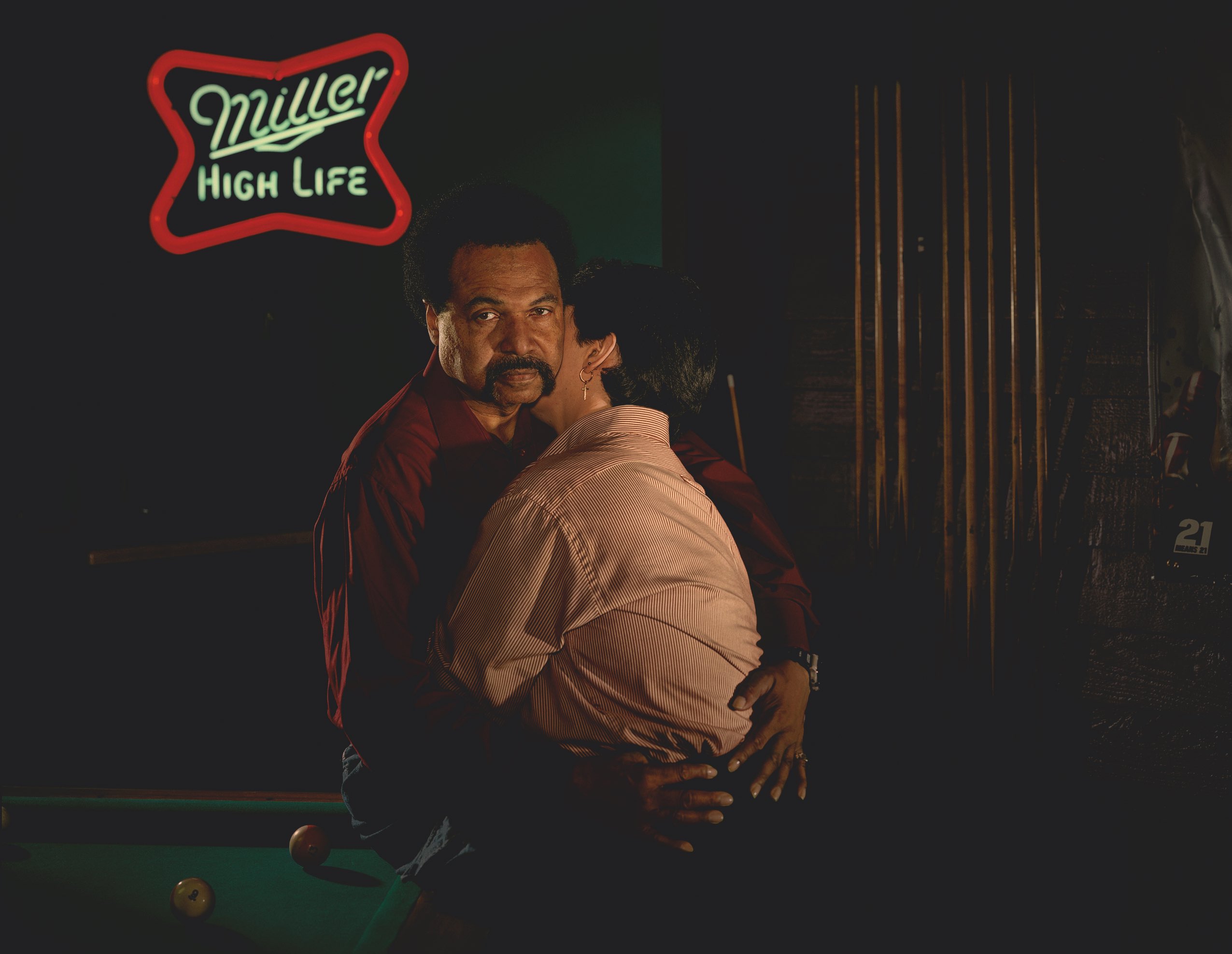 William Gregory
Wick’s Parlor, Louisville, Kentucky
With his fiancée, Vicki Kidwell, whom he dated prior to conviction
Gregory was pool champion in prison
Served seven years of a 70-year sentence
(Image: “The Innocents” by Taryn Simon)

“The jury’s prejudices were in the closet, but the door was cracked. You could tell the door was cracked by the expressions on their faces when my white fiancée said my nails were beautiful and I was handsome. The jury was like, ‘What is wrong with her?’ They cracked the door, so to speak. You could see the prejudice on their faces. . . .They convicted me with their prejudices, their biases. They basically got rid of their pencils and stopped taking notes.” 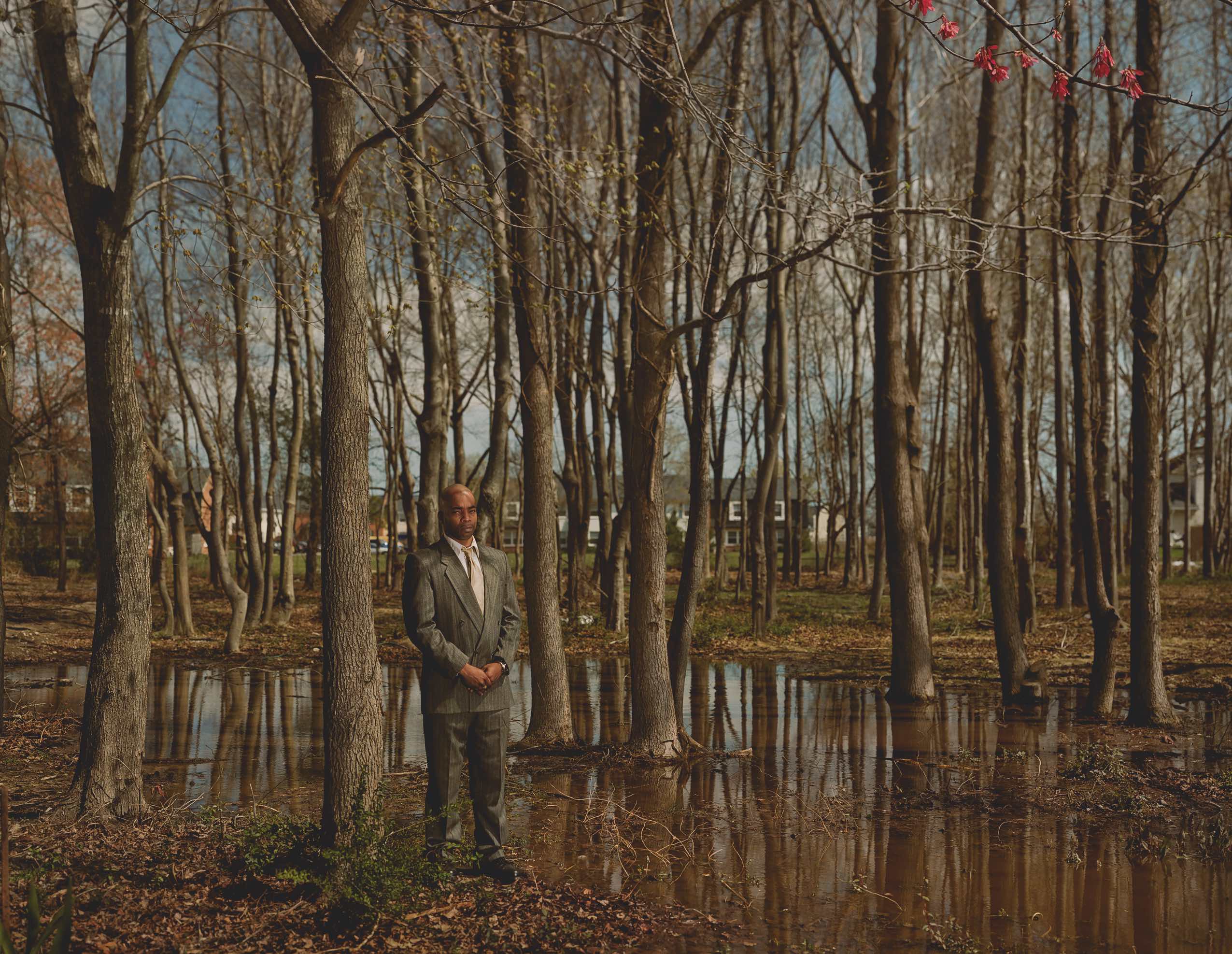 “She said the guy was light-skinned, 5’6″ to 5’7″, weighing 130 to 150 pounds, medium build. I was the only one in the lineup who was light-skinned. Everyone was two to three tones darker than me … I’m the only one who fit the description she gave, as far as being light-skinned. That made me stand out. Of course she’s going to pick my picture. It was a setup from the beginning.”