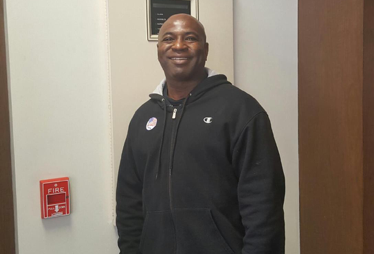 Two men exonerated this year went to the polls today for the first time since their release. Andre Hatchett and Anthony Wright cast their votes in Pennsylvania; just months after being exonerated of crimes they did not commit.

Hatchett was exonerated in March when a Brooklyn judge reversed his murder conviction.

Wright was exonerated in August when a jury acquitted him during his retrial for a 1991 murder. DNA testing excluded him as the perpetrator in 2012.

Both men spent 25 years in prison.

“This is my first time voting,” Hatchett said. “It feels good.”