Exoneree Mark Denny Is Running a Half Marathon to Give Back

Mark spent 30 years in prison for a crime he did not commit and was exonerated in 2017. 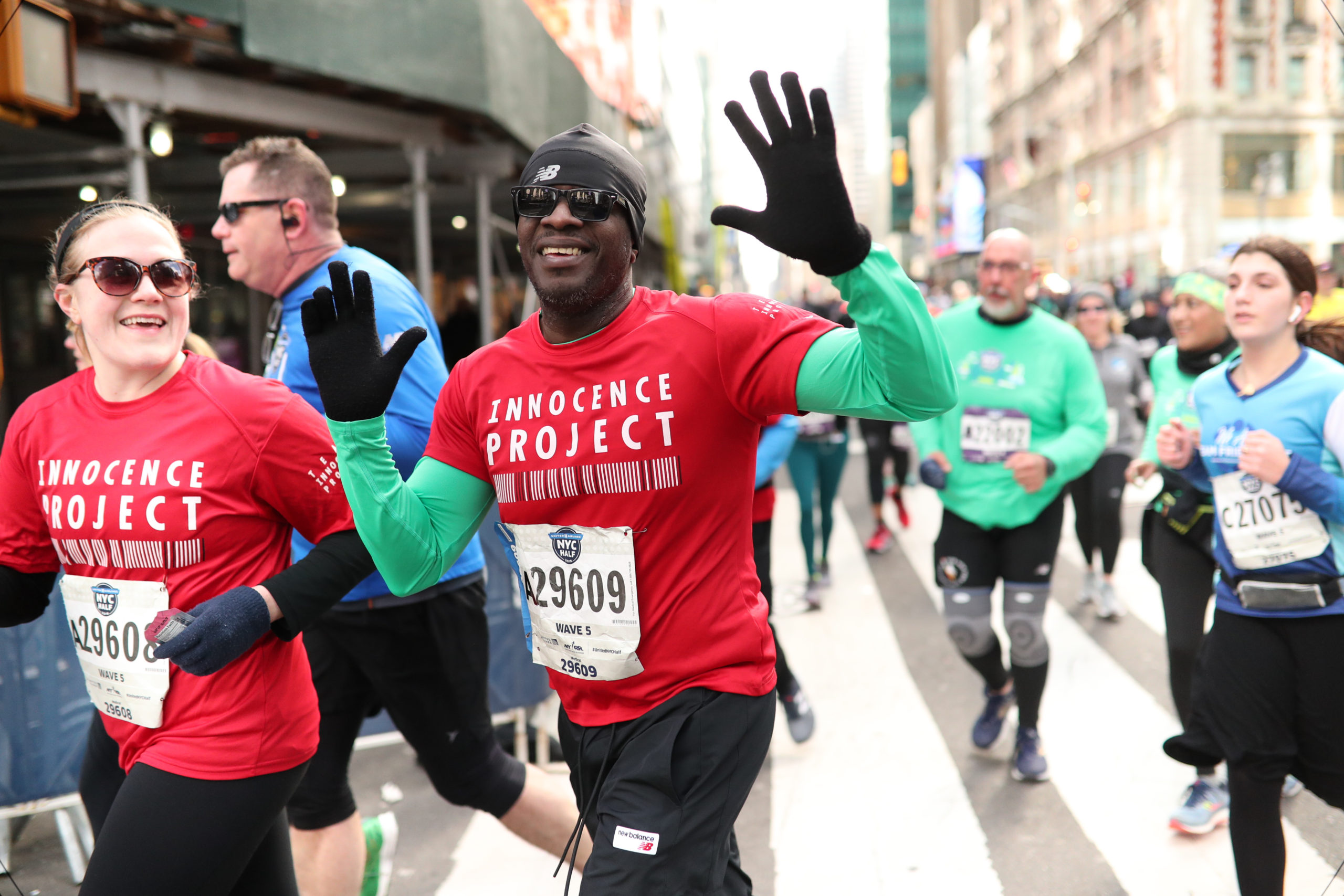 Mark Denny running the NYC Half Marathon in 2019. [Courtesy of NYRR]

Mark Denny was just 17 years old when he was wrongfully convicted of rape and robbery. Ten years into his prison sentence, he took up running to help mitigate the stress of being an innocent person in prison. And he hasn’t stopped since.

“Running was the only time I had a chance to exercise in prison. My body really needs some type of therapy, and running is the best therapy,” Mark told the Innocence Project.

Running was the only time I had a chance to exercise in prison.

After nearly three decades behind bars, Mark was formally exonerated in 2017, at the age of 46. Less than 18 months later, he ran his first race: The United Airlines NYC Half Marathon. Alongside Team Innocence Project — including Sara Doody, who worked on the case while she was a Cardozo law clinic student — Mark finished with a time of 2:00:46.

Now Mark is training to run the United Airlines NYC Half Marathon yet again on March 15.

While running is incredibly personal for Mark, that doesn’t mean he’s training alone; Sara and the rest of Team Innocence Project have also laced up their running shoes.

“We haven’t run together in person,” Mark said, “but we coordinate our treadmill schedules.”

He added that for him, running is all about breathing.

Running is like having a relationship with the wind.

“Running is like having a relationship with the wind. When I run, I get to see and feel that life is not just in my body. It’s in the wind,” he explained.

In addition to supporting the Innocence Project in the fight to free other innocent people, Mark has two goals for this second half marathon: “I just hope that the world somehow is impacted by the message that runners try to project to the world: community, health, and safety.”

His other goal? To beat his last time, of course.