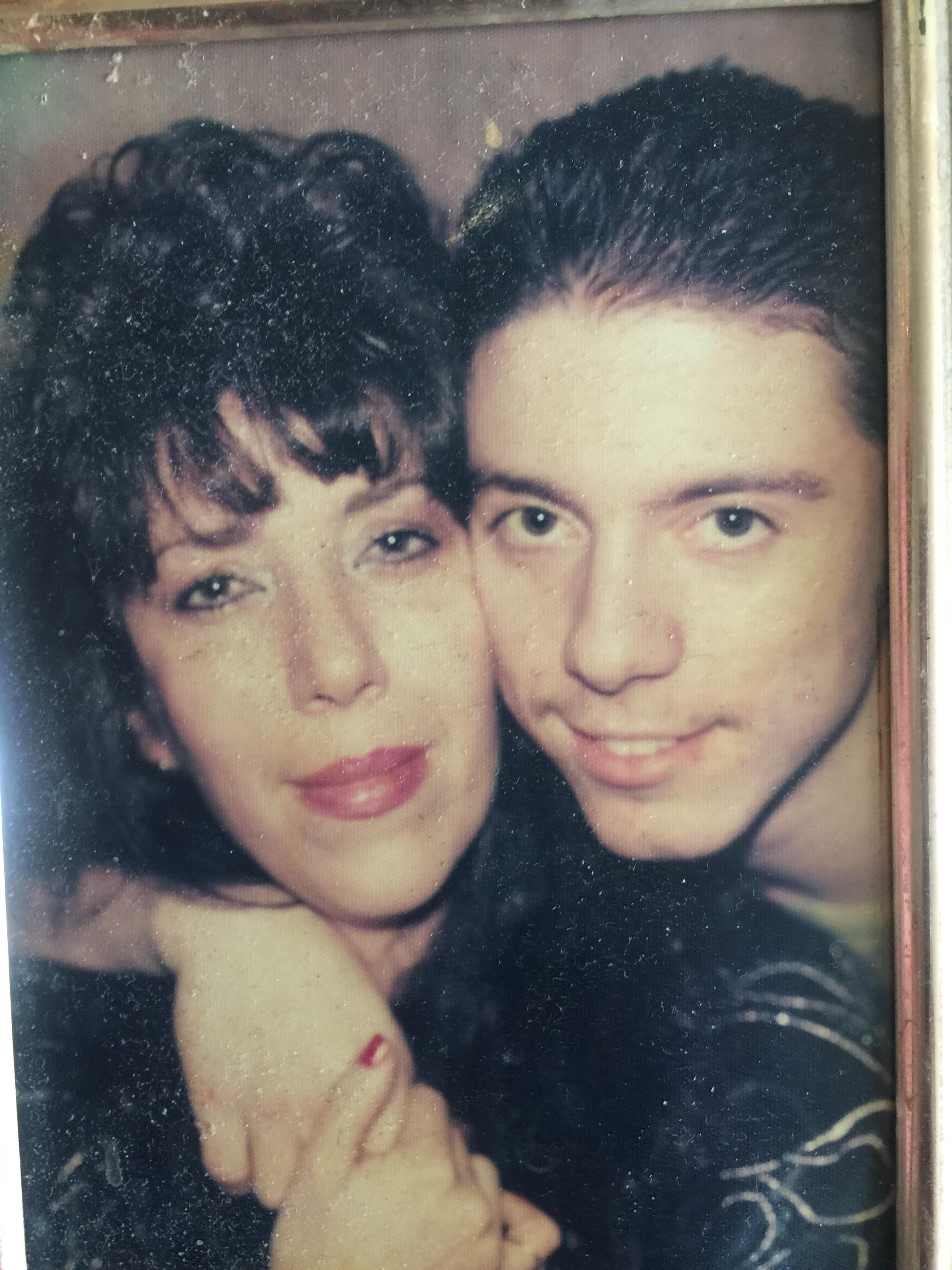 My mom and me at Riker’s Island a few months after I was arrested. I was 18 years old.

Johnny Hincapie, a Colombian native and New York resident, was wrongly convicted of murder in 1990 and exonerated in 2015 after 25 years in prison. He shared a special Mother’s Day tribute on how his mom Maria Hincapie has been a pillar of strength throughout the ordeal. He is now an advocate, entrepreneur and public speaker.

I grew up in a united family with loving, affectionate parents who instilled us with strong cultural values. As an immigrant family from Colombia, South America, we had to rely on our family values and really support one another. My mother, being the backbone of the family, went out of her way to show each and every one of my family members as much love as possible. Being that I was her firstborn and the eldest of her two sons, my mother and I have always shared a special bond.

Related: Learn more about his case

When you truly, truly love your family, the smallest experiences are memorable and meaningful—even just eating at the dining room table or watching T.V. on the weekends. However, there is one memory in particular that my mother still, to this day, brings to my attention. When I was seven, my mom was under a lot of stress, and one day I found her crying alone in the living room. After she explained to me what was wrong, in my own seven-year-old way, I told her to have faith and not to worry, and I reassured her that I would always be there for her.

When she reminds me of that moment, she adds how no one expects their children to inspire or to motivate them. But for her, that moment did both of those things; and for me, it made me respect her even more. I think that’s one of the reasons why she was there for me throughout my entire wrongful conviction and provided me with that love, support and strength when I needed it the most.

On the day I was wrongly arrested, the detectives came to my house and dragged me out in front of my mother. She was crying, and I was scared and vulnerable. I remember feeling my mother’s pain at that moment. I knew she felt mine, too. It was like two twins being separated—that’s the connection people speak about when describing a mother’s love.

My mother supported me spiritually and emotionally throughout my wrongful conviction.

My mother supported me spiritually and emotionally throughout my wrongful conviction. She was there for me—a young, skinny 18-year old who had never been in that type of situation before—in every way you can possibly think of, and it was extremely meaningful to have her support. While I was in prison, there were times I wanted to take my own life, but I was always reminded of her strength and our connection.

While incarcerated, I called my mother any chance I could get. Keep in mind that in prison, I was only allowed a ten-minute phone call up to three times a week. Oftentimes it was difficult to reach my family because they were at work and cell phones didn’t exist at the time. If I wasted my phone time trying to call them, I wasn’t able to use the phone later in the day. When I did talk to my mother, there’s only so much you can say in ten minutes. You want to speak about a lot, but you have to try and figure out the most important things to say.

My mother visited me as much as she possibly could, no matter how far away I was or how much of a hardship it was financially for her and my father. At the end of each visit, my mother always hugged me and cried, and I would try to hold back my tears so she wouldn’t see me crying. Afterward, when the guard strip-searched me, I would be crying and the officer would say, “Why are you crying? Is this really that humiliating for you?” He didn’t understand that I was so broken down, I didn’t care about how humiliating it was being strip searched; I was crying because I saw my mother leaving and I didn’t know when I was going to see her again.

When I was exonerated, my mother became the happiest woman on the planet. 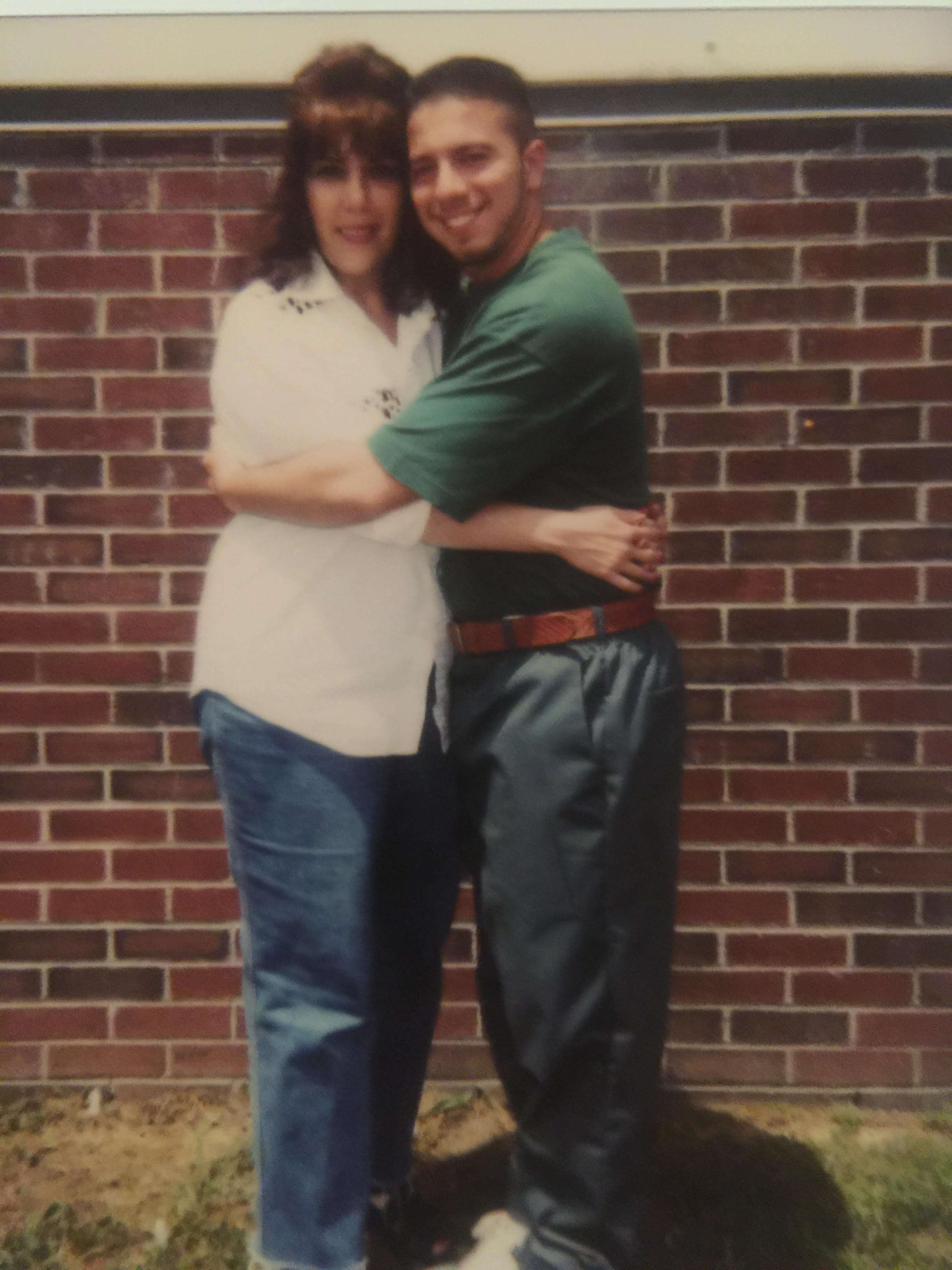 My mom and me at Green Haven Correctional Facility in 1995 when I was 23 years old. I was already convicted and sentenced to 25 years-to-life in prison.

When I was exonerated, my mother became the happiest woman on the planet. So many people turned their backs on her because I was incarcerated. But when I came out as an innocent man, all of the sudden those same people were congratulating her and showing their faces again. I will never forget walking out of the courtroom on the day of my exoneration and, despite there being a flurry of cameras and people, my mother was the first person there to receive me with her arms wide open. It was such a meaningful moment for both of us.

My mother was the first person there to receive me with her arms wide open.

The strong familial values that my mother went out of her way to establish in me as I was growing up were maintained throughout my whole incarceration and even today. Last night, for example, my mom called me up and said she was going to cook and asked if I wanted to come over. I replied, “I’ll be there in a heartbeat.”

Now that I’ve been home for nearly four years, rebuilding my relationship with my mother hasn’t been without its challenges. This entire experience has made her very worrisome and overprotective. You know how they say a mother’s child will always be their baby? Well, my mother still treats me like I’m her baby. I recently asked my mother why she treats me this way, and she said, “I haven’t had you in 25 years. I want to make sure no one ever takes you away from me again.”

My mother still treats me like I’m her baby

I realize that my wrongful conviction and everything that we, as a family, went through scared my mother, so now she’s really just trying to embrace me and make sure that I’m well taken care of. She’s always asking me, “Did you eat today? Did you do this today?” And I tell her not to worry about me—I’m okay. Sure, sometimes it’s challenging to feel like a kid all over again; but at the end of the day, being able to spend time with my mother again is a beautiful experience. 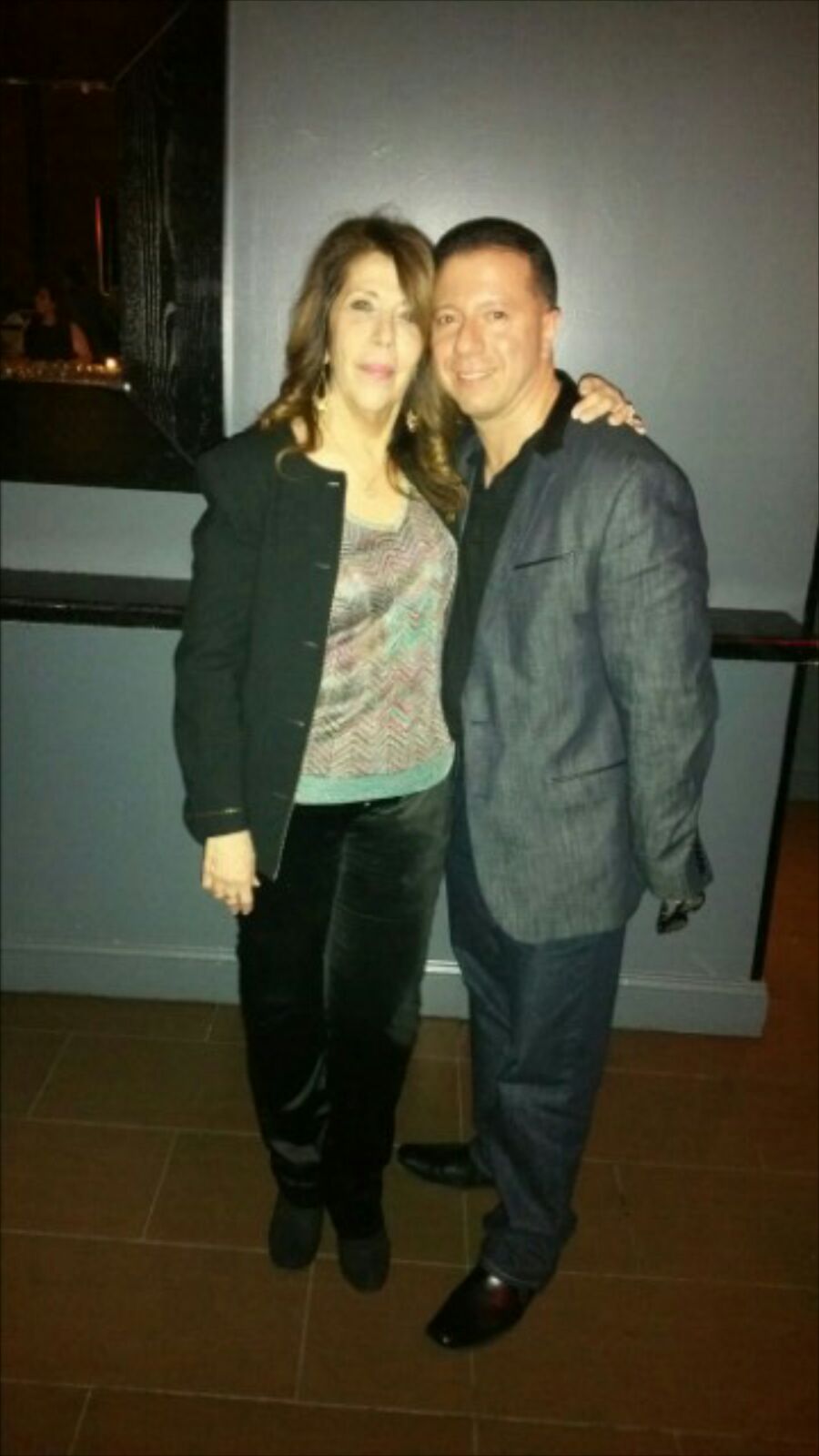 My mom and me at my friend’s birthday celebration in Queens, NY, one month after I was released in November 2015.