Why This Exoneree Spends Her Holiday Season Visiting Prisons

Hannah Overton spent 7 years in prison for a crime she did not commit. Now she works to help those still behind bars. 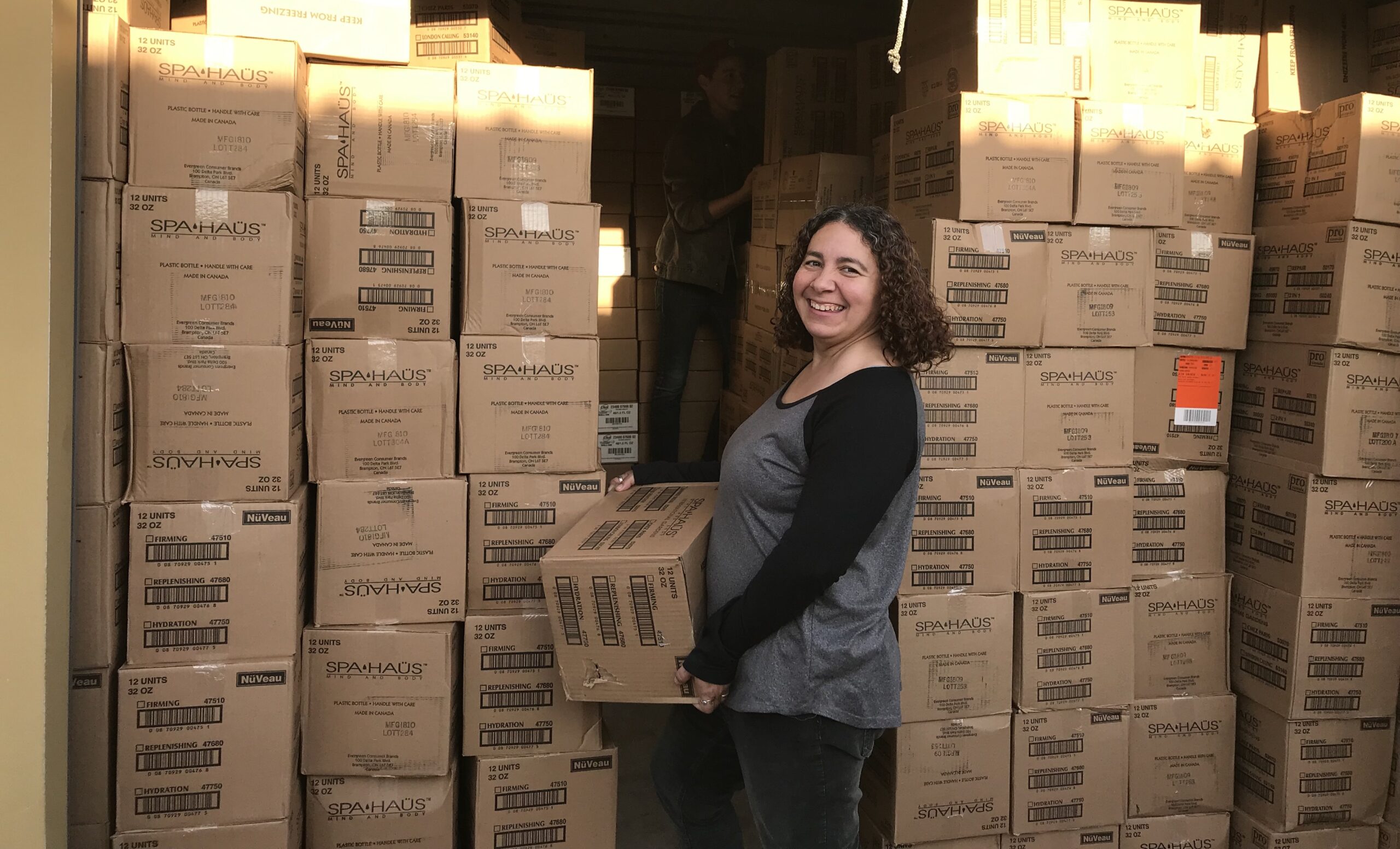 “I’m Christmas crazy,” said Hannah Overton. “My kids tease me and say that I have a tradition for every moment of the day — we bake cookies with my mom, sing Christmas carols, wear our PJs all day long, but all of it is very important to me.”

Each of these traditions is precious because Ms. Overton was once robbed of these moments with her family. For seven years, she was wrongly incarcerated in Texas after her 4-year-old foster son died. The prosecution argued that she had forced him to consume a fatal amount of sodium, and she was convicted of murder. But medical experts said they believed the child’s death was caused by an undiagnosed and undetected medical condition.

In 2014, just over a week before Christmas, Ms. Overton was released on bond. A few months later, she was exonerated. Since then she has devoted her life to helping those still incarcerated through her organization Syndeo Ministries. She has returned to prisons in Texas every Christmas to support incarcerated women.

Ms. Overton had been free for nearly a year when the chaplain from the prison she’d left behind reached out and said she had the warden’s permission to give hygiene products to the women incarcerated at the facility for Christmas.

“There were only six weeks until Christmas, but I said, ‘I’ll figure it out!’ Ms. Overton recalled. “I wanted the ladies to be able to have some basic things like shampoo and deodorant.”

She reached out to everyone she knew, spoke to her church community, and posted on Facebook until she had enough money and donated goods to provide shampoo, conditioner, lotion, deodorant, toothpaste, and Hershey’s kisses — a small treat — to the approximately 1,400 women detained in her former unit. 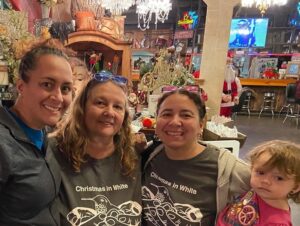 She has continued to deliver these care packages to Texas’ incarcerated women every year since through Syndeo Ministries. This year, the organization will deliver packages to 9,100 women in prison — nearly 75% of the state’s incarcerated women — including Innocence Project client Rosa Jimenez, who remains in prison despite four judges saying she’s likely innocent.

But why deliver shampoo and toothpaste for holidays instead of something more festive?

“Because I know from having been there just how much these things mean,” Ms. Overton said. “When we’ve handed out the packages in the past, some ladies have cried. I mean, real tears over a bottle of shampoo, and I understand because when you haven’t had those things in so long and you can’t have them … to even be able to smell something that isn’t disgusting and, for just a few minutes when you’re in the shower, to feel like a human being — that’s a huge thing,” she said.

The State of Texas provides few basic necessities or hygiene products beyond bars of lye soap, which Ms. Overton described as extremely harsh and a fraction of the size of a typical bar of hotel soap. Incarcerated people are expected to purchase any other products from the commissary, where low quality products were available for an often higher-than-market rate.

When Ms. Overton was incarcerated seven years ago, the cheapest bottle of shampoo available through the commissary was $1.10. It was so harsh, it caused her hair to fall out. A better shampoo — comparable to the VO5 brand shampoo which retails for $0.88 at Walmart — cost about $5.95, she said. For many of the women incarcerated with Ms. Overton, it was more than they could afford.

If loved ones sent them money, it was rarely more than $20 or $50, usually under the assumption that the money would be used to buy snacks or for phone calls and that basic needs would be taken care of by the state. But, in order to cover basic necessities and hygiene products including toilet paper, which she said was given out in insufficient quantities, Ms. Overton estimated that she spent about $25 a month.

“We take these things for granted as we watch our kids fight over getting the latest Xbox,” she said. Before she was wrongly convicted, Ms. Overton said she thought these were problems that largely impacted people living in poverty in developing countries. “I didn’t even realize, it’s happening here in America, too.”

As a result of the injustice she survived, Ms. Overton wants incarcerated women to know they haven’t been forgotten. In addition to helping women establish and run Bible study groups, Syndeo Ministries also connects them with pen pals who write to them at least once a month and send cards on every holiday — small gestures to remind them that people outside those prison walls care for them, Ms. Overton said. She exchanges letters with about 50 incarcerated women every week herself, including Ms. Jimenez, who, like Ms. Overton, was convicted of murder after a child she in her care died. Approximately 40% of female exonerees were wrongly convicted of harming a child or loved one in their care.

Every Christmas, Ms. Overton and Syndeo Ministries deliver shampoo, conditioner, soap, deodorant, and toothpaste to women in Texas’ prisons. Included in the packages are holiday cards for the women to send to their own friends and family. This year, in addition to these items, they will be giving the women toothbrush covers and hair ties.

“I know from having been there just how much these things mean.”

“Each year we try to add in items that they can use more than once,” Ms. Overton said. Over the summer, they delivered soap to the women to help them stay healthy in the face of COVID-19, as well as reusable cups like those for purchase at stadium events. “Because of the pandemic they were on lockdown a lot meaning they couldn’t get water at the ‘chow hall.’ Instead, they had a cooler where people could get water if you had a drinking cup, but a lot of people didn’t have a cup,” she explained.

Despite the new challenges the pandemic has brought, Ms. Overton is determined to keep up both her work through Syndeo Ministries and her holiday traditions. And she has plans to grow. With the Bible study and pen pal program flourishing, Ms. Overton has begun dreaming of opening a transitional home to give formerly incarcerated women a place to go and a support system to lean on as they adjust to life after incarceration.

This year, they’re welcoming their first resident to the home, but eventually she hopes to provide housing for 30 women. Syndeo Ministries will also offer classes for formerly incarcerated women to learn key skills like financial and computer literacy and participate in healing programs like anger management and cognitive therapy. They will have eight students in January.