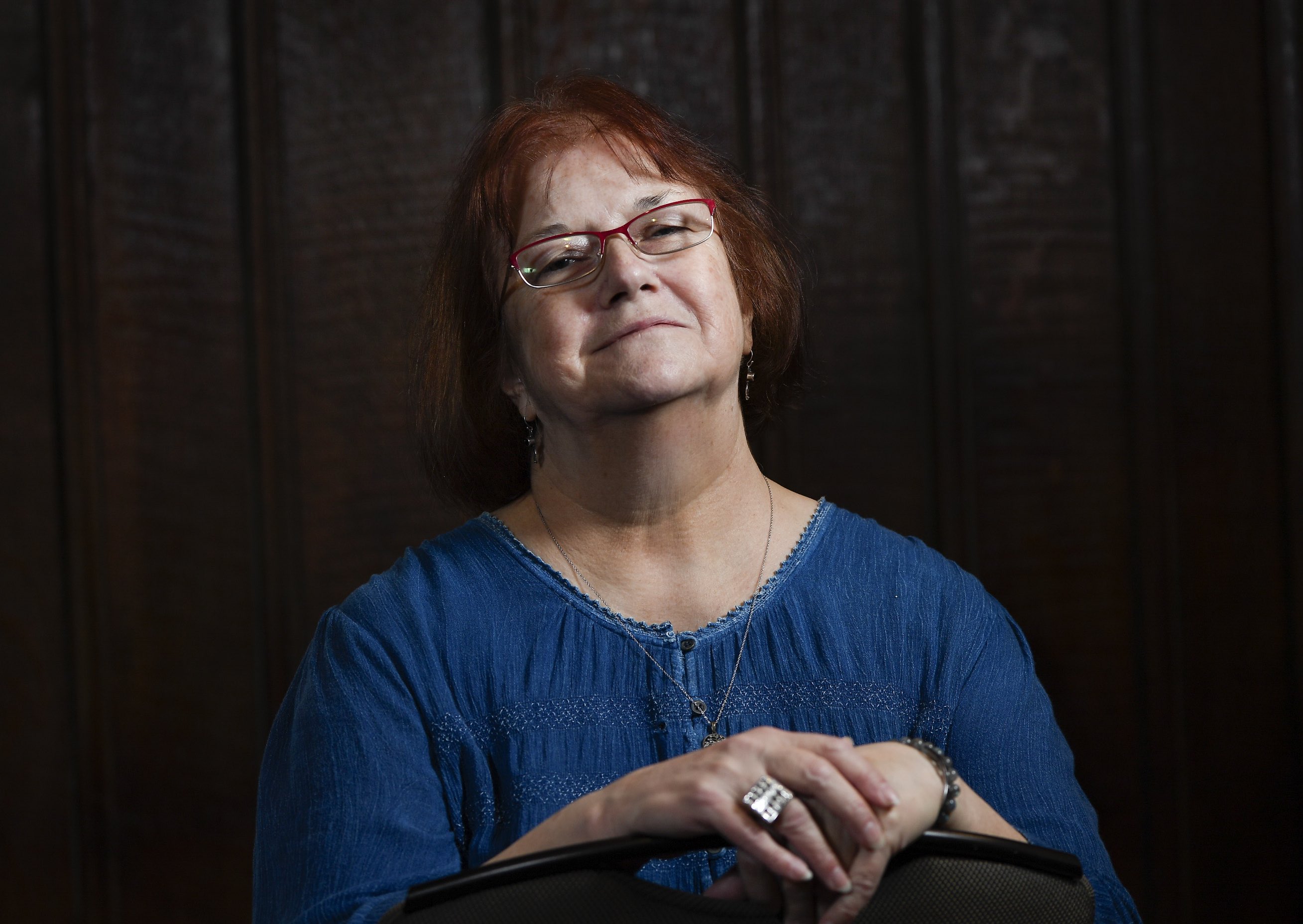 June 27 is National Post-Traumatic Stress Disorder (PTSD) Awareness Day in the United States. In recognition of the day and the month of June, which has been deemed PTSD Awareness Month by the National Center for PTSD, the Innocence Blog spoke with Ginny Lefever, an Ohio exoneree who has been conducting research around PTSD and its relation to people who’ve been wrongfully convicted. Lefever is one of the only people in the country focusing on this issue.

As defined by the National Institute of Mental Health, PTSD is “a disorder that develops in some people who have experienced a shocking, scary, or dangerous event.” Read below to understand what Lefever has learned through interviews with 40 exonerees about how this disorder has manifested in their lives and her thoughts on the best avenues for treatment.

PTSD is a reaction to any horrific life-changing event. The single greatest hallmark of it is hyper vigilance – always being on your toes. People who suffer from PTSD don’t sleep well, eat well or take good care of themselves because they’re always looking over their shoulders and expecting the worst.

After I was exonerated, I was successful in terms of getting back into my career and finishing school. My interpersonal relationships, on the other hand, were a train wreck. I was having difficulty rebuilding my relationships with my children, and I had become hyper vigilant in all areas of my life. That’s when I became curious about PTSD and started reading whatever research I could get my hands on about it.

In interactions with my fellow exonerees, I noticed they had some of the same symptoms as me. For example, I developed a tick where I press together my index finger and thumb. It’s soothing, even though I do it unconsciously. I’ve realized that the higher my stress level, the more aggressively I do this. I’ve seen several other exonerees with a similar tick.

Speaking with other exonerees and reflecting on my own experience post-exoneration spurred my interest in doing research on the relationship between PTSD and wrongful convictions. I have yet to find any studies about who we are and what symptoms we experience. I did just recently read an article about the relatively short lives of exonerees after being exonerated, and it’s pretty scary: you fight like heck to get out of prison for 30 years, and then six months later, your life ends. It’s unacceptable.

Truthfully, PTSD is a lifetime diagnosis. It just doesn’t seem to go away.

There are band-aids for some of the worst symptoms, such as anti-depressants. There is also a therapy called Eye Movement Desensitization and Reprocessing (EMDR) that’s been helpful. But, truthfully, PTSD is a lifetime diagnosis. It just doesn’t seem to go away.

From the 40 or so exonerees I’ve interviewed, I’ve noticed a few trends aside from the hyper vigilance and ticks noted above. I have yet to meet an exoneree who doesn’t have at least one of the following issues: diabetes, irritable bowel syndrome or hypertension. Certainly, they manifest in different ways and in different degrees from exoneree to exoneree.

The end goal of my research is to figure out where to put the resources. A whole lot of people work really hard to get us out—and God bless every one of them. But once we get out, no one quite knows what to do with us since we have such unique experiences.

In my opinion, the best possible outcome is that when someone is released, they receive a psychological evaluation within the first 72 hours. If we just get some people in the psychiatric and psychological realms to recognize how important this issue is, maybe we can come up with some better treatment options.

There’s sort of a honeymoon phase when you first get out and everything is wonderful. But there’s also this hole in your soul that nothing can fill except time, understanding and love.

Peer support is also vital—there are enough of us exonerees, and nobody gets us like we get each other. I would personally like to be available to go meet with new exonerees to discuss PTSD and to develop treatment plans. There’s sort of a honeymoon phase when you first get out and everything is wonderful. But there’s also this hole in your soul that nothing can fill except time, understanding and love. Many exonerees, including myself, have lost family members while they were wrongfully incarcerated. How do you move on from that?

I’m just too darn stubborn to quit! My birthday June 27, the same day as National PTSD Awareness Day, so I guess you could call me the poster child of PTSD!

It’s my fondest wish to live long enough to interview any exoneree who’ll talk to me. There are over 2,000 of us so it’s probably not going to happen, but I’m going to try!