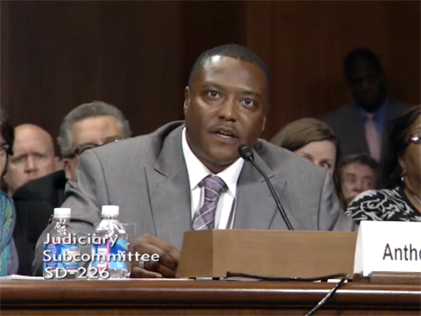 Anthony Graves will be joining the Innocence Project for a Facebook Live on April 25th at 3 p.m. ET. Leave a question for him in the comments below.

Anthony Graves was incarcerated for 18 years—12 of which were spent on death row—before a federal court overturned his capital murder conviction in 2010. Texas courts had previously rejected all of his appeals. Graves’ case is a prime example of how state courts can make an incorrect decision about a case, and how the protection of federal reviews can save a person’s life—like it did for Graves.

Last week, Texas renewed its request to “opt in” to a federal law that would expedite the death penalty by shortening the legal process and limiting appeals options. While proponents of this law claim that it would save the state time and money, it greatly increases the chances of executing an innocent person because it often takes years for lawyers representing those on death row to uncover evidence of innocence. In speaking out against the approval of this law, Graves told the Texas Tribune, “If it were up to the state itself, I would have been executed.”

Earlier this year, Graves published a memoir titled Infinite Hope: How Wrongful Conviction, Solitary Confinement, and 12 Years on Death Row Failed to Kill My Soul. On Wednesday, April 25, the Innocence Project and Beacon Press will be hosting a discussion between Graves and Innocence Project co-founder, Barry Scheck. They will discuss Graves’ experience, prosecutorial misconduct and some of the other contributing factors of wrongful convictions.

All are welcome to attend. It is a free event but RSVP is required. Details below:

This event is co-sponsored by The Benjamin N. Cardozo School of Law, The Center for Rights and Justice, and The Jacob Burns Center for Ethics in the Practice of Law. 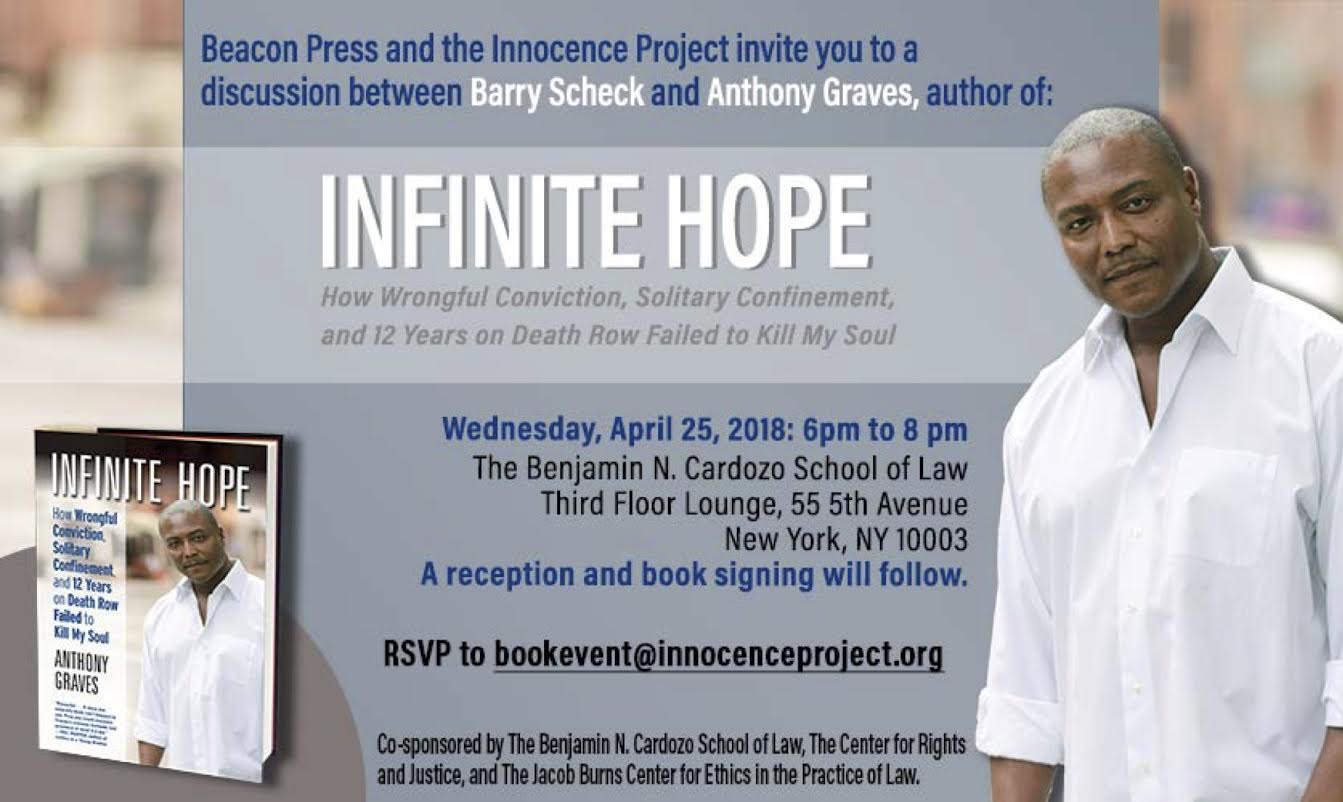 Join us on April 25th for a conversation between Barry Scheck and Anthony Graves.