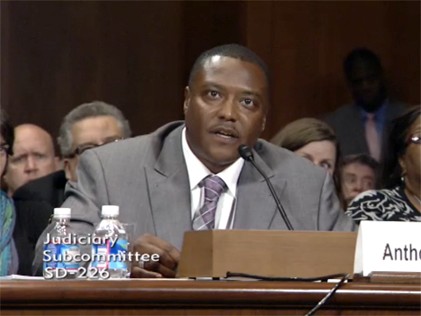 At a Senate Judiciary Subcommittee hearing today exploring solitary confinement as inhumane treatment, a death row exoneree testified, and six others submitted written testimony. Anthony Graves spent 18 years in Texas prisons for a murder he didn’t commit. Graves testified to the horrors of his experience of extreme isolation: “Solitary confinement makes our criminal justice system criminal….It dehumanizes us all.”