Execution Date Nears for Ohio Man, Despite Evidence of Innocence 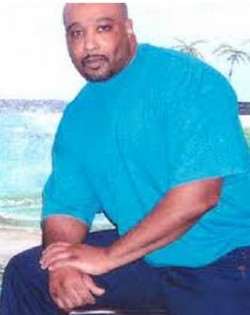 The Ohio Parole Board will hold a hearing tomorrow in the case of Kevin Keith, who is scheduled to be executed September 15 despite strong evidence of his innocence.

After the parole board makes its recommendation, Gov. Ted Strickland will have the final say on whether Keith is executed. Strickland said last week that the case “has circumstances that I find troubling.”

The Innocence Network is among a diverse coalition of organizations and individuals calling on Strickland to grant clemency in the case. In

a letter last week to Strickland

“We believe the newly discovered evidence, which was withheld by the state at the time of (Keith’s) trial, provides compelling evidence of his innocence.”

Keith was convicted of shooting and killing three people in an Ohio apartment in 1994. He was convicted based in part on questionable eyewitness identification evidence, and key details were never shared with defense attorneys. The Innocence Network also filed

in April urging the U.S. Supreme Court to consider Keith’s case based on evidence that he was denied a fair trial. The court did not agree to hear the case. In another recent letter to Gov. Strickland, former Ohio Attorney General Jim Petro wrote: “I am gravely concerned that the State of Ohio may be on the verge of executing an innocent person.”

Nearly 10,000 people have signed a petition urging Strickland and the Parole Board to grant clemency in Keith’s case.