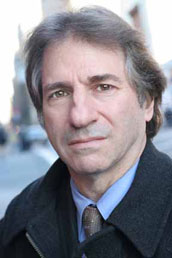 In February, Texas Supreme Court Chief Justice Wallace Jefferson affirmed the finding of state District Judge Sid Harle that there was probable cause to believe former Williamson County prosecutor Ken Anderson had violated the criminal laws of Texas by disobeying a court order to disclose evidence pointing to the innocence of Michael Morton, who in 1987 was wrongly convicted of murdering his wife. A court of inquiry will now try Anderson on these charges.

The case against Anderson (who is now a state district judge and denies wrongdoing in the Morton case) made national headlines because, as a recent article in the Yale Online Law Review thoroughly documents, our system rarely disciplines, much less brings criminal charges against, prosecutors who have engaged in acts of intentional misconduct. Far too often, prosecutors, who wield enormous power over our lives, aren’t investigated at all, even for intentional misconduct that has led to a wrongful conviction, much less “harmless” intentional misconduct in cases in which the defendant was guilty.

Texas appears to be no exception to the national pattern. The Innocence Project, the Northern California Innocence Project, Innocence Project of New Orleans and Voices of Innocence joined forces to investigate the problem of prosecutorial misconduct in Texas — no small task, given the lack of public data on the issue. In the end, the groups decided to review all of the published trial and appellate court decisions addressing allegations of prosecutorial misconduct between 2004 and 2008. This represents just a fraction of all criminal cases because it excludes nearly every case in which there has been a guilty plea or a dismissal and includes only those cases for which there are published opinions.

During that period, Texas courts found that prosecutors committed misconduct in 91 cases. Of these, the courts upheld the conviction in 72 of the cases, finding that the error was harmless. In 19 of the cases, the court ruled that the error was harmful and reversed the conviction. (The distinction between harmless and harmful does not differentiate between the seriousness of the misconduct. Rather, it is the court’s determination that the misconduct wouldn’t have changed the outcome.)

Compare this with public data on attorney disciplinary records. From 2004 until November 2011, only one prosecutor was publicly disciplined by the Texas Bar Association, and that matter involved a pre-2004 case. This data surely undermine public confidence that the system designed to sanction prosecutors who ignore their legal and ethical obligations is not working as it should.

What can be done to reform the system? One remedy, civil litigation, is increasingly unavailable. Last year, the U.S. Supreme Court in Connick v. Thompson severely limited the ability of wrongfully convicted plaintiffs to hold a district attorney’s office accountable for intentional acts of misconduct by line prosecutors.

John Thompson was a 22-year-old father of two when he was wrongly convicted of murder and sent to death row at Angola State Penitentiary in Louisiana. While Thompson was facing his seventh execution date, a private investigator hired by his attorneys discovered exculpatory analysis of bloodstain evidence that had been concealed for 15 years by the New Orleans Parish district attorney’s office.

Thompson was eventually exonerated in 2003 and sued the district attorney’s office for his wrongful conviction. A jury awarded Thompson $14 million for the intentional misconduct that caused him to spend 14 years on death row, a finding that was approved by the 5th U.S. Circuit Court of Appeals, but in a controversial 5-4 decision, the U.S. Supreme Court ruled that Thompson wasn’t entitled to the award because the court found that even a complete failure to train prosecutors to disclose exculpatory evidence was not a sufficient basis to find the office civilly liable.

When combined with the long-standing rule that individual prosecutors have absolute immunity from civil liability for any actions, even criminal conduct, that takes place during adversarial proceedings, it is clear that civil lawsuits do not provide a serious deterrent against prosecutorial misconduct.

In Thompson and other recent Supreme Court cases involving civil liability for prosecutors, the National District Attorneys Association, the National Association of Assistant United States Attorneys and the solicitor general have argued that internal disciplinary systems, state bar proceedings, monitoring by the courts and, in extreme cases, criminal prosecution are adequate remedies, so civil suits are unnecessary and unduly burdensome.

While we all agree that prosecutors juggle enormous responsibilities and should not be gratuitously second-guessed, it’s worth noting that no other profession with so much power over life and death enjoys anywhere near this level of immunity from civil liability for intentional misconduct — not doctors, not other lawyers, not police officers, not teachers, not construction workers, not farmers.

What about internal systems that the district attorney groups claim will prevent misconduct? With a handful of exceptions — primarily offices that have “conviction integrity units” designed to address miscarriages of justice and misconduct — most prosecutors do not have written internal guidelines for differentiating between error and misconduct, audits of old cases handled by line prosecutors and supervisors who commit acts of misconduct, or processes for doing root-cause analysis when there is significant finding of error or misconduct by courts — quality assurance and control protections we routinely require in hospitals, financial institutions and factories.

Similarly, relying on judicial monitoring and reporting of misconduct has been a failure. In California, where judges are required by law to report prosecutorial misconduct to the State Bar when it results in reversal of a conviction, a study by the Veritas Initiative shows that over a 10-year period involving 159 reversals, not one case was referred by judges to the State Bar.

We do not question that the vast majority of prosecutors are honorable. And we want to emphasize that the goal here is not to severely sanction errors or negligence but acts of intentional misconduct, which are comparatively rare events committed by a few bad actors.

But just because there are only a few bad actors doesn’t mean we should sit back and do nothing. When a bridge collapses, we conduct an investigation to find the root of the problem. When an airplane crashes, we do everything in our power to find out what went wrong. But when a prosecutor withholds evidence that could have prevented someone from being wrongly convicted, we’re lucky if we ever find out about it. We expect and demand transparency and accountability from government; prosecutors’ offices cannot be an exception.

This is, admittedly, not an easy problem to solve. We don’t propose to have all the answers. In fact, we are certain that a crucial part of the solution will be robust internal systems put in place by prosecutors themselves. But as the cases of Michael Morton and John Thompson illustrate, we need to make sure meaningful external processes exist to investigate deliberate misconduct by the very people we entrust to be our guardians of justice.

We have invited people from all aspects of the criminal justice system to participate in public forums in six states across the country, including a forum in March at the University of Texas School of Law. At the first two stops in Texas and New York, there was broad consensus that something needs to be done.

Solutions discussed include developing better internal systems to deal with misconduct, greater oversight from the disciplinary arms of state bar associations, better reporting of misconduct from judges with better systems for dealing with their complaints, and the creation of an independent state agency with the authority and resources to investigate allegations of prosecutorial misconduct.

We are hopeful that prosecutors will join the conversation because their cooperation is crucial. Simply doing nothing is a disservice to everyone, least of all the hardworking men and women in district attorneys’ offices across the country whose reputations are tainted when the bad actors compromise the integrity of the system.