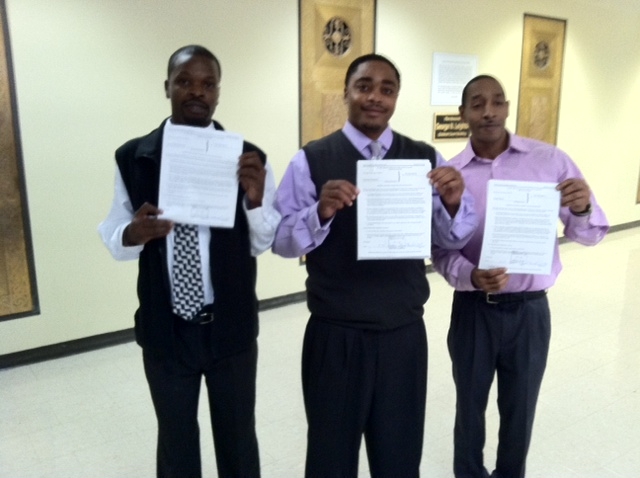 A Cook County prosecutor admitted that police fed information about a 1994 rape and murder to four men who were coerced into confessing to the crime, according to a report conducted by the FBI.

Michael Saunders, Vincent Thames, Harold Richardson and Terrill Swift—otherwise known as the “Englewood Four”—were convicted as teenagers and served nearly 16 years each for the crime before DNA testing of evidence found on the victim matched to a man with previous sexual assault convictions. A judge exonerated the four men in 2011.

After the exoneration, federal authorities launched a civil rights investigation into the allegations of misconduct by police and prosecutors. During that investigation, Terence Johnson, one of the prosecutors who helped convict the four men, told an FBI agent that police “coached and fed” them details about the crime and forced the teens to sign written confessions, according to court filings by lawyers for the Englewood Four. Johnson also said that the detectives allegedly conspired to lie to cover up their misconduct, but that he and another prosecutor chose not to divulge that information to their supervisor, according to the Englewood Four’s attorneys, reports the Chicago Tribune.

An attorney for Johnson told the Tribune that a jury would have to decide whether the report, which is not yet available to the public, supports the allegations that the Englewood Four were framed.