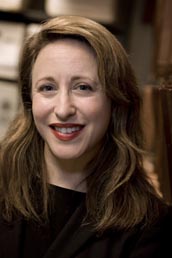 
The New York Senate recently passed a bill to expand the state’s DNA database to include those convicted of the lowest-level crimes, claiming that such an expansion is a wrongful conviction reform. But this would do little to prevent wrongful convictions.

With 27 DNA exonerations, New York has had more exonerations than all other states but Texas and Illinois. These came about because crime scene evidence didn’t match the DNA of the exonerated, not because of the DNA database. In four of the DNA exonerations, the database arguably helped to identify the real perpetrators, which finally persuaded judges and prosecutors that the system got it wrong. But this says more about the difficulty of proving a wrongful conviction.

Albany knows this. For the past six years the Senate has wanted to expand the DNA database, and the Assembly has insisted that such a move also include the reforms to actually prevent wrongful convictions. These include videotaping interrogations to prevent false confessions and reforming eyewitness identification procedures to reduce misidentification. Eyewitness misidentification was a factor in about 75 percent of the DNA exonerations. False confessions have proven to be a particular problem in New York — a factor in 44 percent of the state’s DNA exonerations.

Wrongful conviction reforms also help protect the public from real perpetrators, who remain free whenever we convict an innocent person. Take the Rochester wrongful conviction of Frank Sterling, for example. Sterling was subjected to a gruelingly long interrogation session, under which he ultimately falsely confessed to a murder he did not commit. Despite protesting his innocence at trial and offering a rock-solid alibi, the false confession led to his conviction. The confession also caused police to ignore an alternate suspect, Mark Christie. While Sterling was in prison, Christie killed a 4-year-old girl. It wasn’t until DNA testing proved Sterling’s innocence that the police again focused on Christie, who was ultimately convicted of the original murder — but too late to save the 4-year-old he murdered while free.

New York lags behind states such as Texas, North Carolina, New Jersey and Connecticut, which have embraced the types of low-cost reforms that will not only prevent wrongful convictions but also improve public safety.

Expanding the DNA database is the wrong priority. To prevent wrongful convictions, we need reforms that increase the accuracy of investigative practices.

Preventing wrongful convictions benefits everyone — innocent people who are accused of crimes, crime victims who have to relive the crime all over again when it is discovered that the wrong person was convicted, and New Yorkers who are safer when the real perpetrators are behind bars. Let’s get it right in Albany this year and pass real wrongful conviction reform.

Brown is senior policy advocate for state affairs for the Innocence Project.