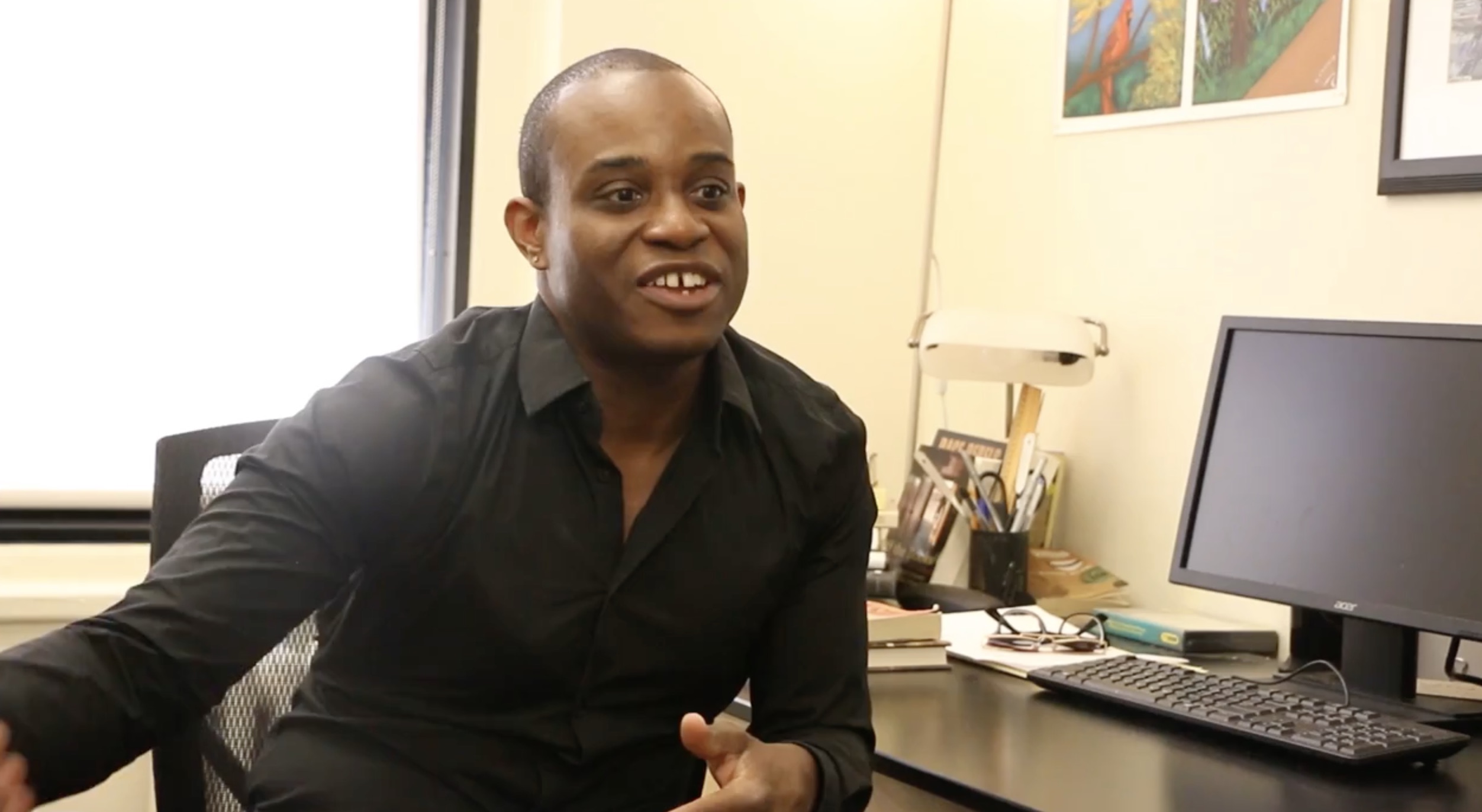 Over the course of 10 years, Innocence Project Senior Case Analyst Edwin Grimsley has reviewed thousands of letters from people in prison who have contacted the Innocence Project, trying to prove their innocence. He’s been a liaison of sorts for people in prison and Innocence Project lawyers, skillfully combing through court and police documents to determine if DNA can prove defendants’ innocence and then recommending the strongest cases to the legal team to take on. Grimsley conceived the theories for which DNA testing could prove innocence in five wrongful convictions, including that of Nathan Brown who was freed in 2014. Nathan spent 17 years of wrongful incarceration in Louisiana.

Grimsley has also spent countless hours conducting his own research on how black men and black youth are disproportionately wrongly convicted. He led the effort toward more conversations about the effects of racial biases in wrongful convictions by writing blog pieces and conducting interviews with talk radio and magazines. After contributing a decade of outstanding work at the Innocence Project, he will continue to follow his passion for fixing the flaws in the criminal justice system by earning a Ph.D. in sociology with a focus on race and policing.

Edwin shares highlights from his time at the Innocence Project and an excellent syllabus on wrongful conviction.

History: How did we get here in the first place?

Discipline and Punishment: The Birth of Prisons by Michel Foucault

American Apartheid: Segregation and the Making of the Underclass by Douglas Massey

Worse Than Slavery: Parchman Farm and the Ordeal of Jim Crow Justice by David Oshinsky

The Condemnation of Blackness: Race, Crime, and the Making of Modern Urban America by Khalil Gibran Muhammad

“The Case for Reparations” by Ta-Nehisi Coates (The Atlantic, June 2014 issue)

The Age of Jim Crow by Jane Dailey

The Fire Next Time by James Baldwin

The New Jim Crow: Mass Incarceration in the Age of Colorblindness by Michelle Alexander

From the War on Poverty to the War on Crime: The Making of Mass Incarceration in America by Elizabeth Hinton

Caught: The Prison State and the Lockdown of American Politics by Marie Gottschalk

Just Mercy: A Story of Justice and Redemption by Bryan Stevenson

Inside: Life Behind Bars in America by Michael Santos

In Doubt: The Psychology of the Criminal Justice Process by Dan Simon

True Stories of False Confessions Edited by Rob Warden and Steven A. Drizin

The Death of Innocents: An Eyewitness Account of Wrongful Executions by Helen Prejean

Stolen Years: Stories of the Wrongfully Imprisoned by Reuven Fenton

Exoneree Diaries: The Fight for Innocence, Independence, and Identity by Alison Flowers

Chasing Justice: My Story of Freeing Myself After Two Decades on Death Row for a Crime I Didn’t Commit by Kerry Max Cook

An Expendable Man: The Near-Execution of Earl Washington, Jr. by Margaret Edds

Picking Cotton: Our Memoir of Injustice and Redemption” by Ronald Cotton and Jennifer Thompson-Cannino, with Erin Torneo

Exit to Freedom by Calvin Johnson, with Greg Hampikian of the Idaho Innocence Project

The Trials of Darryl Hunt by Annie Sundberg and Ricki Stern (HBO Documentary, 2006)

The Wrong Guys: Murder, False Confessions, and the Norfolk Four by Tom Wells and Richard Leo

Journey Toward Justice by Dennis Fritz

Tulia: Race, Cocaine, and Corruption in a Small Texas Town by Nate Blakeslee

“Death, But Is It Murder? The Role of Stereotypes and Cultural Perceptions in the Wrongful Convictions of Women” by Andrea L. Lewis & Sara L. Sommervold (Albany Law Review, June 2015)

Locked Down, Locked Out: Why Prison Doesn’t Work and How We Can Do Better by Maya Schenwar

Let’s Get Free, A Hip-Hop Theory of Justice by Paul Butler

Related: Meet the team that reads thousands of letters from people fighting to prove innocence