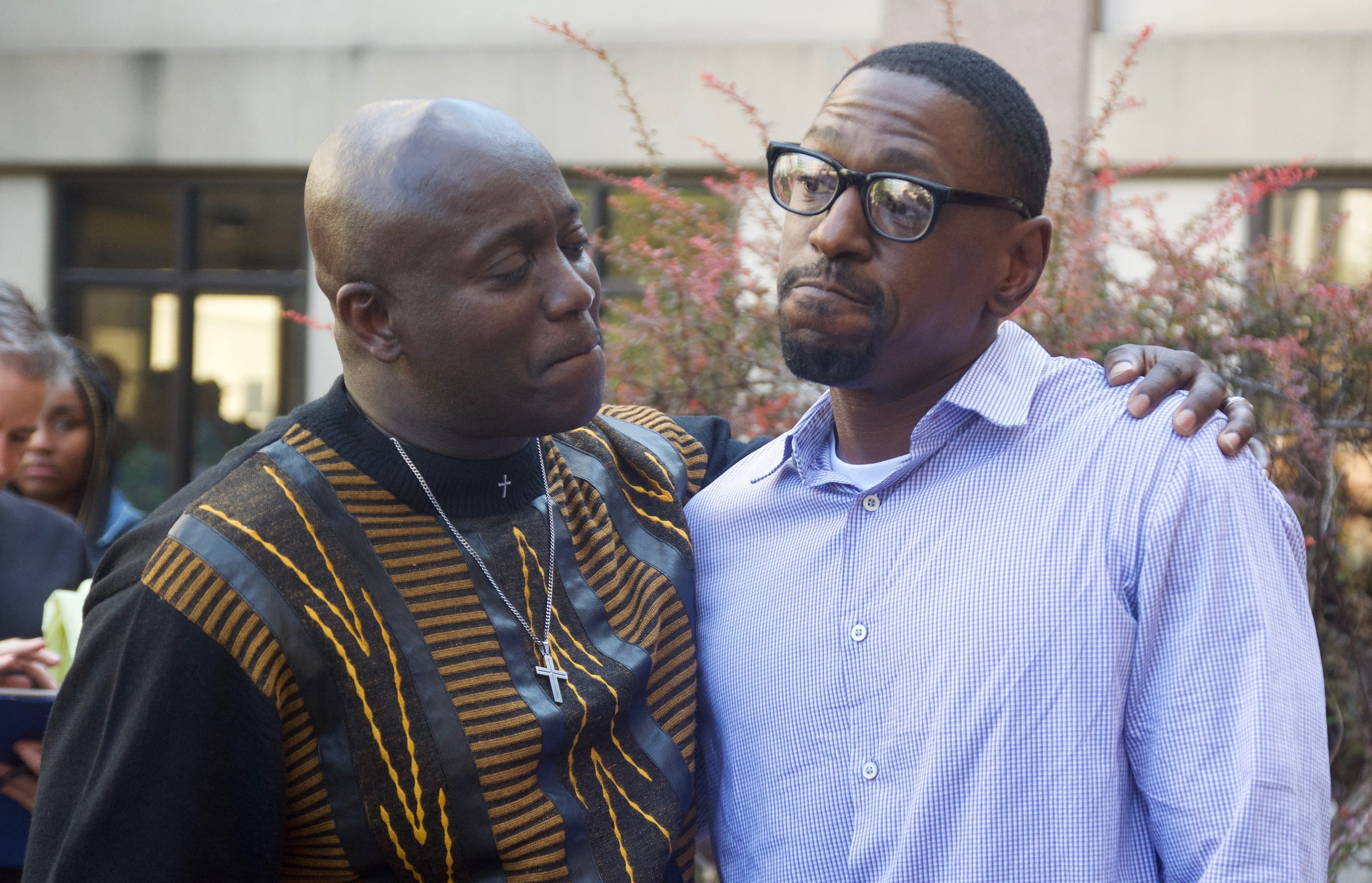 Lamonte McIntyre (right) after his release on Oct. 13, 2017. Photo courtesy of The Midwest Innocence Project.

An editorial in the Kansas City Star calls for the Kansas legislature to establish a law entitling wrongfully convicted individuals in the state to compensation for their years of wrongful incarceration.

Kansas is one of 18 states that does not have a wrongful conviction compensation statute. Exonerees like Floyd Bledsoe, Lamonte McIntyre and Richard Jones are struggling to adjust to life on the outside without even the basic resources or programs available to parolees.

TAKE ACTION: Sign the pledge to compensate the wrongly convicted in Kansas

According to the Star, Bledsoe was recently unable to get a car loan at a reasonable interest rate because he has no credit history after spending more than 15 years in prison for a rape and murder that he didn’t commit. Two months after his release, McIntyre still wears his prison-issue eyeglasses because he cannot afford to replace them. Jones told the Star he is often approached for loans by acquaintances who assume he has been handsomely compensated for the 17 years he spent behind bars.

“This is something that we shouldn’t have to fight for,” Jones told the Star. “It’s the right thing to do.”

The editorial urges Kansas to follow the example of Texas, where exonerees are awarded $80,000 per year of wrongful incarceration and has programs in place to assist them in their transition back into society.

“Lamonte McIntyre, Richard Jones and Floyd Bledsoe had decades of their lives unjustly taken from them by the state of Kansas, but haven’t gotten a dime from the state to help them rebuild their lives,” Innocence Project Legislative Strategist Michelle Feldman says. “No amount of money will ever make up for the years they lost, but at the very least the state should offer sufficient financial compensation so they don’t have to struggle just to make ends meet.”

The Star editorial echoes Feldman’s sentiment: “The three men share a resilience, an acceptance of what happened to them. They show none of the bitterness that could harm their chances for success going forward,” writes the Star. “Waffling politicians could learn from them. But first, lawmakers must financially compensate the wrongfully convicted and establish a system to ensure that this miscarriage of justice for exonerees is never repeated.”