“People think gardening is really hard work and very complicated, but I find it very relaxing.” 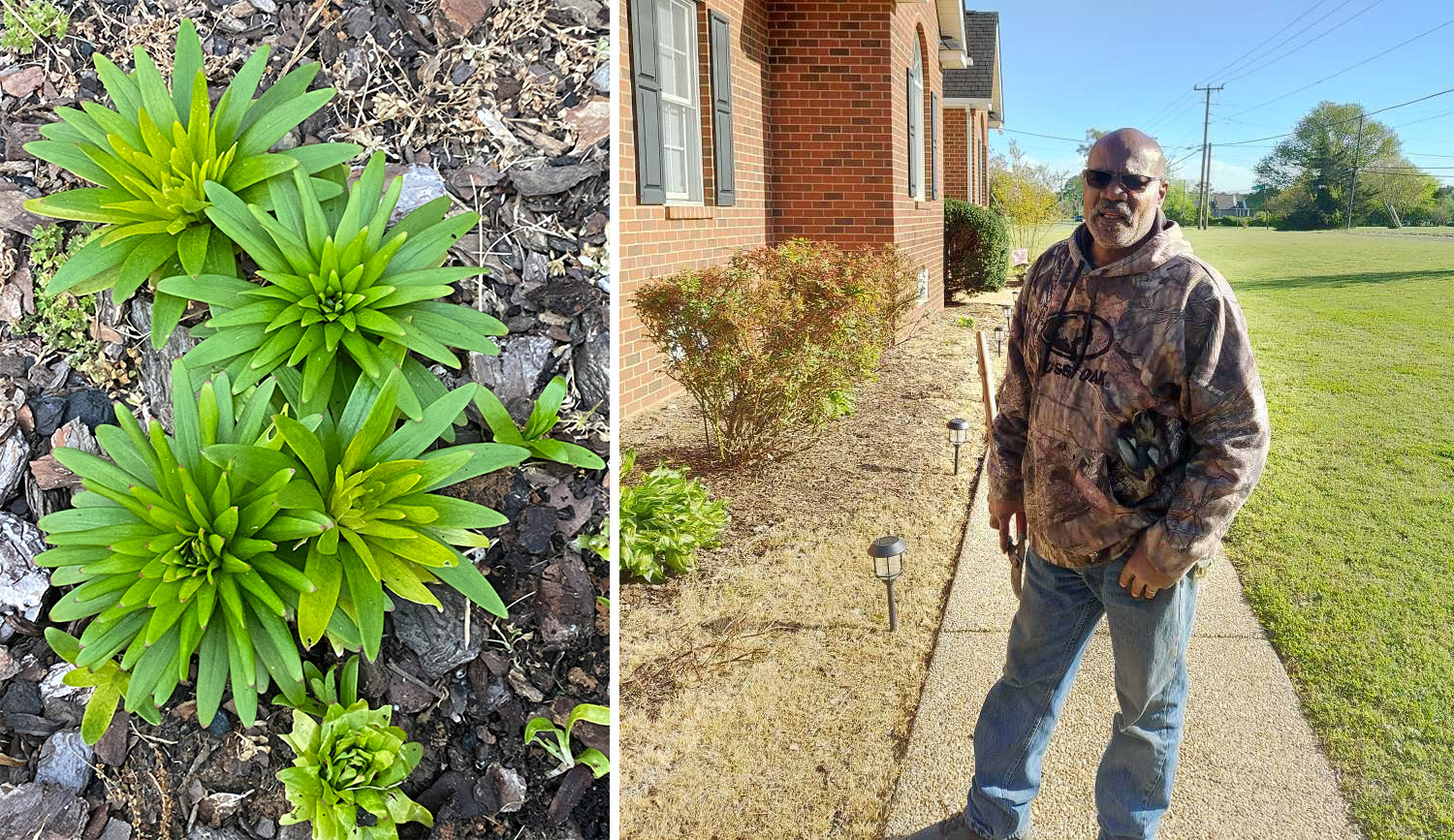 At the age of 18, Marvin Anderson was sentenced to more than two centuries in prison for crimes he didn’t commit. For 15 years, he was locked behind bars, and robbed of one of life’s simplest joys: nature.

Having grown up on a farm in Virginia, Mr. Anderson said he developed his love of gardening and cultivating plants early on. From the age of 6, he helped his family plant and harvest, later operating the tractor, too. After being released on parole in 1997 and subsequently exonerated in 2002, his passion for plants was reignited and today, he takes great pride in his thriving garden.

“When I get home from work I like to come out here and pull grass, cut back the yard, and it helps me to relax, and I just really enjoy watching the garden grow,” Mr. Anderson said. “A lot of people think gardening is really hard work and very complicated, but I find it very relaxing, and it’s easier than you think.”

@innocenceMarvin Anderson was wrongly imprisoned in 1982 and exonerated in 2002. Take a tour of his ##garden for ##EarthDay. ##Earthmonth ##planttiktok♬ SUNNY DAY – Matteo Rossanese

Mr. Anderson, who serves on the Innocence Project’s board of directors, said that while he loves watching his rose bushes and hostas bloom, he particularly loves the edible plants in his garden. He typically grows cherry tomatoes, cucumbers, eggplants, and basil. Last summer, every one of his salads featured home-grown cherry tomatoes after a particular bountiful harvest.

To gardeners who are just starting out, Mr. Anderson suggested growing tomatoes, which he said are surprisingly easy to grow, especially if you purchase a seedling or young plant rather than growing from seed. And offered a few more suggestions for budding plant enthusiasts.