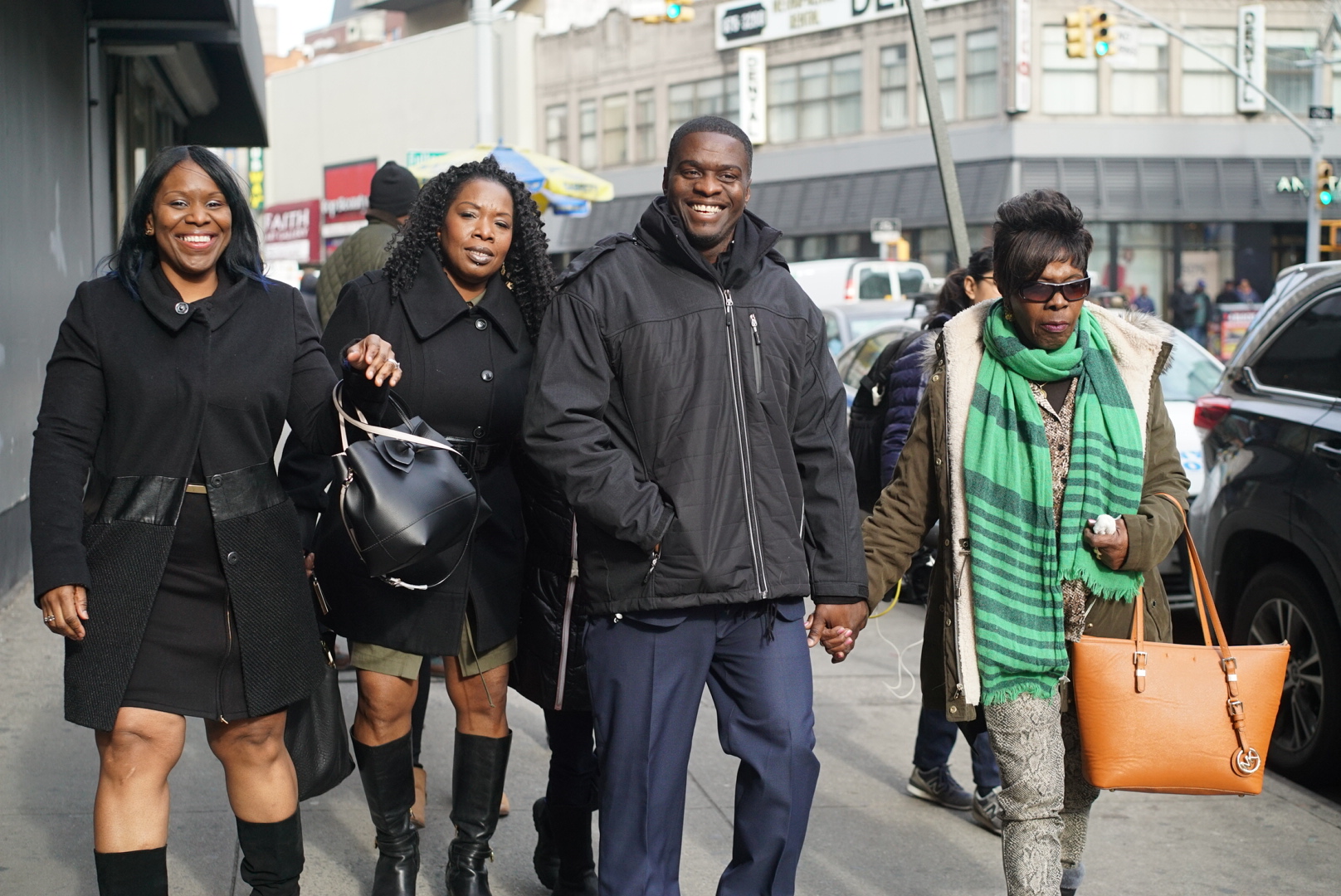 On December 20, Mark Denny—who was just a teenager when he was wrongfully convicted in 1988 of a brutal rape and robbery in Brooklyn—became a free man at the age of 46. After spending almost 30 years in prison for a crime he didn’t commit, Denny was finally declared actually innocent in court and reunited with his family. Now, as Denny both celebrates and settles into his newfound freedom, he’ll be faced with the task of building his life from scratch, and he’ll need your help. Please consider making a personal gift to Denny in the next few days and help him as he makes a new start in the world.

“My life was really ruined … this moment right here has revived me.” – Mark Denny

Donate: Give a Gift to Mark as He Starts His New Life

The day after he was exonerated, Denny made a special trip to the Innocence Project to visit his ally and lawyer, Innocence Project Senior Attorney Nina Morrison. While in the office, he spoke to the staff about how he survived being wrongfully incarcerated for the majority of his life. He also discussed his dreams for his life now that he’s free.

“I wrote several books while I was in jail,” Denny told us.  “I hope to get something off the ground … I also hope to own my barbershop.”

It is hopeful that, indeed, one day in the not too distant future, Denny will have the resources he needs to pursue these important goals. But before he can do that, he’ll have to find a way to meet his day-to-day needs. From finding a place to live to securing reliable transportation to having money to buy food and cover medical costs, Denny is now confronting the challenge that most all exonerees endure: building a life, but not having any means to do so.

Denny is the 199th person exonerated by the Innocence Project since 1992. Like others who have been exonerated in Brooklyn of crimes they didn’t commit, Denny is eligible to receive compensation from the state, but there’s no telling how long that may take. In the meantime, without your support, Denny will likely face significant hardship—a struggle he shouldn’t have to endure on top of his wrongful conviction. While the Innocence Project is providing Denny with some  financial assistance in the short term, it is not sufficient to take care of the entirety of his needs.

“Mr. Denny has been waiting for this day for a very long time,” says Nina Morrison. “Mr. Denny will need support in his transition home after three decades behind bars. He’s grateful for all your support.”

All funds raised will go to personally support Mark Denny, not the Innocence Project. They will not be tax-deductible.