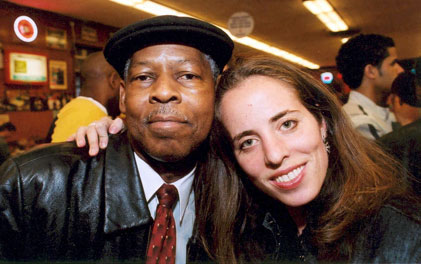 
The New Media Advocacy Project and The Constitution Project have produced a short documentary “Defending Gideon,” which focuses on a lack of adequate indigent defense 50 years after the landmark Supreme Court ruling in

. Screenings of the film were shown for the Department of Justice on Monday night and for Congress the following day.

An unknown number of people have been wrongfully convicted due, in part, to bad lawyering. In most of these cases, the problem is better defined by what the attorney failed to do rather than overt negligence or misconduct. However, in some cases, such as the case of Innocence Project client Eddie Joe Lloyd whose story is featured in the film, the quality of the representation is so poor that it merely compounds the injustice. Lloyd was represented by an attorney who was appointed to the case just eight days before trial, The attorney didn’t cross-examine the police officer most directly involved in coercing a false confession from Lloyd, he called no defense witnesses and gave a five minute closing argument in which Lloyd was sentenced to death. His appellate lawyer didn’t raise an ineffective assistance of counsel claim on appeal. In response to Lloyd’s complaints about his representation, the appellate attorney wrote a note to the court saying that Lloyd should not be taken seriously because he was “guilty and should die.”

the case of Eddie Joe Lloyd