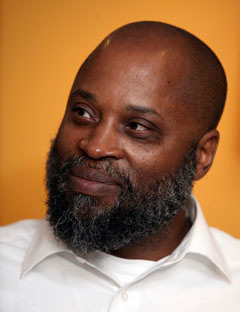 Raymond Towler served 29 years of a life sentence for a rape DNA tests showed he did not commit.  The Ohio Innocence Project has been involved with Towler’s case since 2004.

After a short hearing in Cuyahoga County, Judge Eileen A. Gallagher broke down in tears today when she approved the prosecutor’s request to release Towler from his life sentence and declared him innocent.

He was wrongfully convicted of raping and kidnapping a 12-year-old girl and 13-year-old boy in May 1981.  The victims said a man lured them into the woods at the Rocky River Reservation in Cuyahoga County.

Towler is also the third man to be released from prison as a result of a Columbus Dispatch investigative series revealing shortcomings in the state’s criminal justice.  The newspaper teamed up with the Ohio Innocence Project to review hundreds of cases to identify candidates for post-conviction DNA testing.

DNA testing in Towler’s case was first requested in 2004 but since some evidence couldn’t be located, it wasn’t tested until 2008.  It was then that prosecutors agreed to have the state lab and Bureau of Criminal Identification & Investigation examine the other evidence. The state lab found semen on the victim’s underwear and sent it to a Cincinnati lab for a powerful type of testing unavailable at the state lab. When the lab tested semen found on the victim’s underwear, two partial profiles males were detected; neither was consistent with Towler’s DNA.

Additional testing was requested in November 2008.  It took 18 months for a lab in Texas to present the results which proved it was not Towler’s semen.

The Columbus Dispatch reports that according to the motion, if the DNA test results were available nearly 30 years ago, Towler never would have been found guilty of rape.

“This is the greatest day of my life, and it’s pure joy; I have no hate for anyone,” said the 52-year-old Cleveland native in a phone interview yesterday. “I suppose hoping to see LeBron playin person is too much to ask, but at least I can watch the games from outside the barbed wire. I get to start a new life, and the Cavs are going to win the championship. It doesn’t get much better than that.”

“We believed in Ray’s case from the beginning, and this is the latest reminder of how important DNA testing can be in the search for justice,” said Mark Godsey, director of the [Ohio] Innocence Project who represented Towler. “He is innocent, and the prosecutors agree.”

After painting thousands of pictures behind bars, Towler will continue pursuing art now that he has been released.

Both of his parents passed away when he was in prison, but he told the Columbus Dispatch he planned to reunite with his sister and stepbrother later today.

“There are a lot of things I was missing, but I have to use my faith in God to stay positive for the future,” Towler said. “I do wish my parents could have seen this day and see that I have been telling the truth for all these years.”