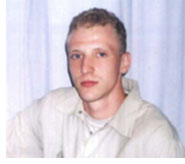 Innocence Project client Joseph Buffey has served 11 years in prison for a rape and robbery that a 2011 DNA test on a sample recovered from the rape kit proves he did not commit. After 18 months of resistance from prosecutors, the DNA sample was uploaded to the federal DNA database — known as the Combined DNA Index System, or CODIS — and came back in December with a match to a convicted offender with a criminal history of assaults against women.

In light of Buffey’s case and others like it, the Innocence Project argues that laws are needed to ensure that defense lawyers have access to the database. Only nine states have laws in place granting defendants’ access to CODIS.


“There is incredible exculpatory power in the databases that the government has spent hundreds of millions of dollars on over the years,” said Nina Morrison, a senior lawyer in the case. “But law enforcement runs the databases, and even when you go to court to force their hand, they throw up roadblocks. And judges say they don’t have the power to force them.”

In the case of Mr. Buffey, Barry Scheck, co-director of the Innocence Project, which is working to free him, contended that the state had no interest in exploring DNA evidence after it had Mr. Buffey’s confession. “This state was more interested in covering up what happened here than in finding the person who committed a vicious rape of an old woman and could have been on the streets committing more of them.”

Based on new pieces of evidence pointing to Buffey’s innocence, including DNA, that was never turned over to the defense as required, the Innocence Project asked the court to overturn Buffey’s conviction last month and release him on bond. The court stopped short of releasing Buffey, so the Innocence Project will continue the fight to exonerate him at a hearing in March.

Buffey was 19 when he was pressured by his lawyer to plead guilty to a 2001 rape and robbery of an elderly widow whose son was a local police officer. Defendants in nearly 10% of the 301 DNA exonerations have pled guilty to crimes they didn’t commit. He immediately regretted pleading guilty and sought DNA testing. He also sought help from the Innocence Project, which took the case in 2010. After learning the DNA evidence cleared Buffey and despite the victim’s account that only one man committed the crimes, the Harris County Prosecuting Attorney’s Office still refuses to acknowledge Buffey’s innocence.

Sitting in a loose khaki uniform in the prison’s tiny cinder-block visiting room, Mr. Buffey said he had not “slept a wink” since he heard the news of the DNA match. “They have finally actually found who it was,” he said. Asked why he confessed to something he had not done, he replied, “I know it’s hard to believe, but you’d be surprised what you’d confess to under certain circumstances.”