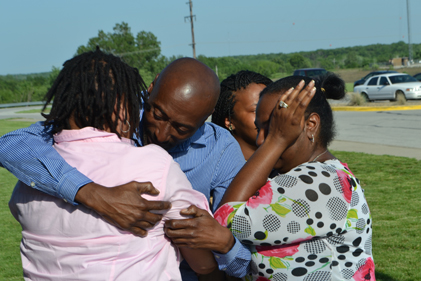 A Missouri man was freed from prison Wednesday after a Jackson County judge ordered his release based on DNA testing that pointed toward his innocence and identified two real perpetrators who are now in custody.

Robert Nelson was convicted of a 1983 home invasion and rape and sentenced to 70 years. Through the efforts of the

, DNA testing was finally conducted on semen and hair evidence that was preserved since December 1983. Nelson began seeking post-conviction DNA testing in 2001, after the Missouri DNA access statute was passed. After determining the evidence was still available, he filed his first request in court without an attorney but it was denied. The


“If we had not found this mistake that occurred,” Jackson County Prosecutor Jean Peters Baker said, “it’s likely he (Nelson) would have served out the rest of his sentence, and the real perpetrators would not have been identified.

“This is a day that justice is being served.”

According to Midwest Innocence Project legal Director Laura O’Sullivan, both sides had a common interest in finding the truth. Just prior to testing, prosecutors working through cold cases sought testing to find the person they incorrectly presumed to be Nelson’s accomplice.

Nelson, now 49, was 20 years old when authorities accused him of being one of two intruders involved in the home invasion and rape. Police showed the victim a photo array and a videotaped lineup and played for her an audio recording of Nelson’s voice before she finally identified him as one of the perpetrators.

Since Wednesday’s release, Nelson has been trying to catch up on technology while staying with a relative. He credits the support of his family for getting him through his years behind bars.


“I’m going to enjoy the moment,” he said. “Then I’m going to find a job and start getting my life back together.”

Both of his parents died while he was incarcerated. He said he harbors some anger over what happened to him.

“But right now the joy is overwhelming the anger,” he said.