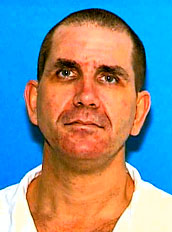 A Fort Worth man who was sentenced to life in prison for a rape that DNA evidence now proves he did not commit is expected to be released on Friday. David Lee Wiggins has spent more than two decades in prison for the 1988 rape of a 14-year-old girl and was convicted by a Tarrant County jury largely based on the victim’s identification.

Innocence Project Senior Staff Attorney Nina Morrison filed a motion for post-conviction DNA testing in 2007 but earlier attempts at testing were inconclusive. At the urging of the Innocence Project, more sophisticated testing was done on the victim’s clothing earlier this month, and the lab that conducted the testing excluded Wiggins as a donor. A press release from the district attorney’s office has requested Wiggins be immediately returned to Tarrant County and released on bond.


“If current state-of-the art DNA testing had been available in 1989, there is no doubt Mr. Wiggins would have been acquitted,” District Attorney Joe Shannon said in the news release. “We will continue to cooperate with legitimate requests for post-conviction testing. The job of this office is not just to convict, but to see that justice is done.”

The hearing is scheduled for Friday at 11:00 am in the 213th District Court.