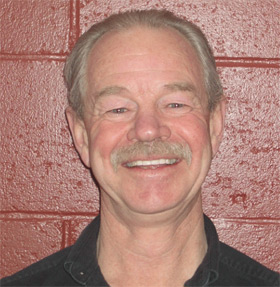 
Until this month, Alaska was one of three states in the country without a law allowing prisoners to seek post-conviction DNA testing, and our organization set out to change that.

One of the problems in passing a reform like this is ensuring that the measure actually accomplishes what it sets out to do. Earlier in this legislative session, Alaska Gov. Sean Parnell introduced a bill that included “post-conviction DNA access” in its title, but wouldn’t have lived up to that name. Instead, it would have restricted many, if not most, potential requests for testing.

The bill prohibited testing to anyone who had admitted or conceded guilt in any proceeding, to anyone who waived testing at the trial court level, to anyone who had not brought their request within three years of conviction, and to anyone who could not afford the often extremely expensive cost of collecting the evidence for testing. These restrictions would have fallen most heavily on the most vulnerable individuals in Alaska, especially Native Alaskans in Bush Alaska.

The Innocence Project in New York immediately jumped into action and remained committed to helping in every way throughout the process.  Without the long hours and intense work put in by Innocence Project Policy Advocate Rebecca Brown, and those she asked to help, Alaska would be in a sad state of affairs, indeed.

Equal credit goes to two groups of Alaskans who are dedicated to justice and to seeing that innocent Alaskans have the right to have their claim heard.  I’m talking about a few brave legislators who stood against the very restrictive portions of the bill by introducing amendments to the governor’s bill.  Behind them, but equally important and dedicated, were a handful of legislative staffers who spent a good deal of their valuable time during the legislative session drafting, arguing, cajoling, and horse-trading to see that the right wording ended up in the final version of the bill.  Politics may be an ugly business, but there are some very caring people in the Alaska legislative process to whom Alaskans with innocence claims, and the AIP, owe a big debt. It took all session — right up to the last days of the session — to make this reform a reality.

In the end, truth and justice prevailed.  Alaska now joins the other forty-seven states with laws that give individuals with claims of innocence the right to test evidence containing DNA which might prove that innocence.  And my faith in the legislative process, which has often been tested recently, was affirmed.  The Last Frontier is not the last in justice.