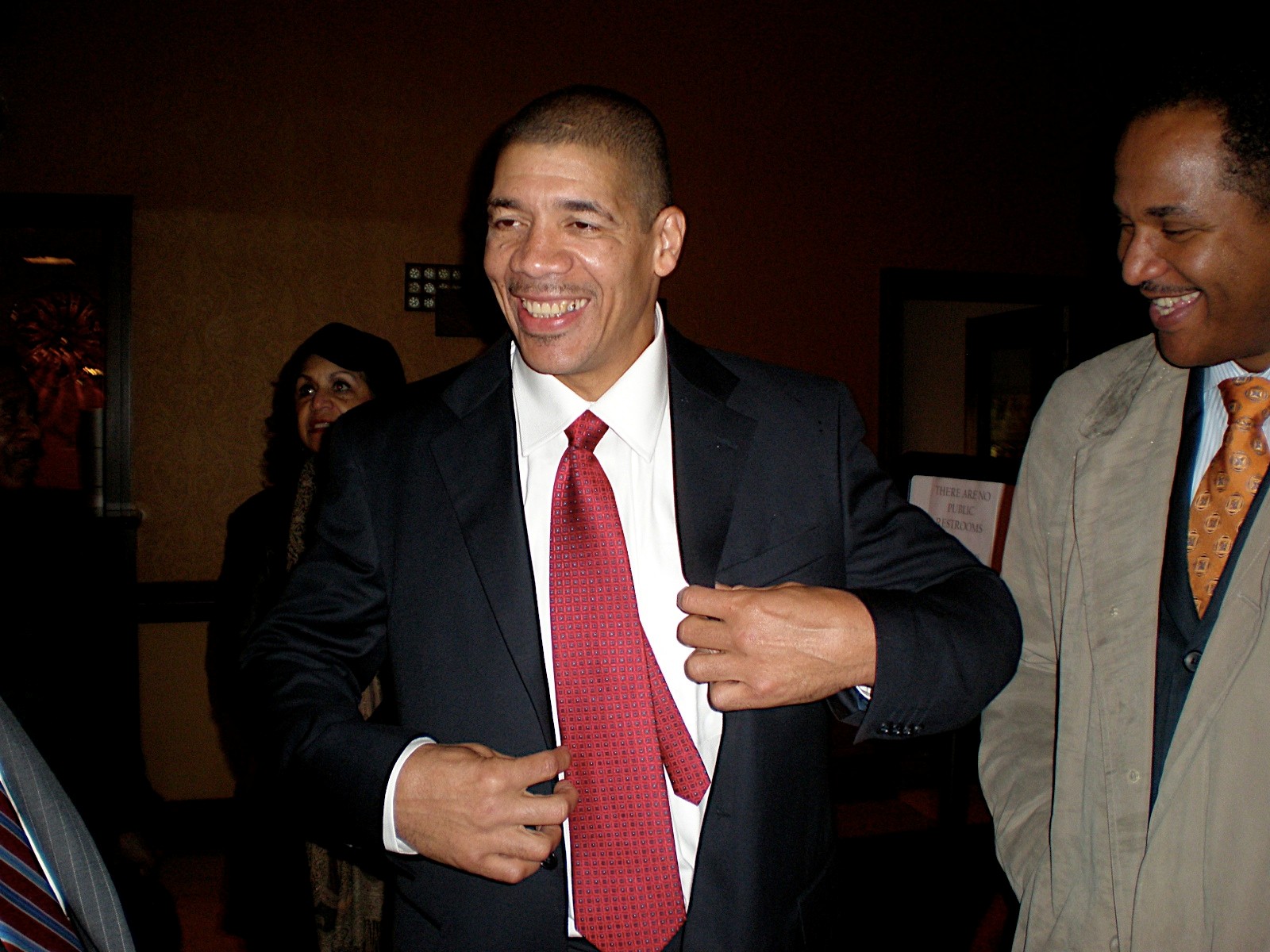 Dewey Bozella served 26 years in prison for a crime he did not commit before his exoneration in 2009. His memoirs, Stand Tall: Fighting for My Life, Inside and Outside the Ring, were published on Tuesday by Harper-Collins.

Bozella was only 16 when he was first arrested for the murder of a 92-year-old woman in Poughkeepsie, New York. The first grand jury refused to indict him due to lack of evidence, but prosecutors persisted. Years later, two jail house informants, who were release from prison for their cooperation, implicated Bozella in the crime. In 1983, a jury convicted Bozella of second-degree murder and he was sentenced to 20 years to life in prison.

Bozella was retried and convicted twice and in 2007 witness statements were uncovered which contradicted testimony provided at trial and were never turned over to the defense. It was also discovered that police never followed up on an alternate suspect who had committed a nearly identical crime and whose thumbprint was found at the scene. His conviction was overturned in October 2009 and he was released. The prosecution dismissed all charges.

In 2011, Bozella was presented with the ESPY Arthur Ashe Courage Award for triumph over adversity.

In his new book, Bozella recounts his life story, from his childhood in foster care, to his wrongful conviction and exoneration, to his career as a champion boxer. He relives the agony of being denied parole four times and of living in a cellblock with his brother’s murderer and, eventually, with the person who likely committed the crime for which he was convicted.

We sat down to speak with Bozella about the book and his hopes for the future. His responses were edited for length and clarity.

Innocence Blog: What first inspired you to write an autobiography?

Dewey Bozella: After 30 for 30 did the video about my case for the ESPY awards, people started coming up to me and telling me to write it. At first I was like “nah” but once I opened up and started writing, that was it. Also, I travel around the world telling the public about my story at speaking engagements, so once I started writing I said, “Ok, this makes sense.”

IB: How did you go about writing the book? Did you have journals or other writings that you had accumulated over time?

IB: What was the hardest part about revisiting the past for your book?

DB: Facing the guy that murdered my brother and being resentenced two times. Then over the years one of my brothers being stabbed, one being shot in the head, one dying of AIDS, not having my mother in my life, trying to understand my family.

Prison did so much damage. It took years for me to realize the value of people. When you do time you see people die right in front of you—see people murdered—so you have to learn to value other people’s lives.

IB: What do you hope readers will get from this book?

DB: I hope that it influences people to never give up, [shows them] that there is always someone in a worse position than you. Not to hold on to anger or pain, to learn about love, peace, joy and laughter. Don’t allow yourself to be trapped in a box, mad every day of your life, you can move forward and laugh and smile instead.

First learn how to forgive yourself and then you can forgive others. Get over your fear. Make a commitment to something and be persistent in achieving that. Stop blaming other people for your situation and take responsibility for yourself first. Then you can move on with your life. Have hope and faith in what you believe in. Love, peace, joy and laughter—that’s what I try to instill in people. Life is what you make of it.

IB: What would you say to someone facing a similar wrongful conviction?

DB: I can’t tell anyone what to do, but if you have a choice to plead guilty to something you didn’t do, just ask yourself, “Can I live with the consequences?” Are you ready to die for what you believe in? I said I would rather die in prison than say I committed this crime. Even if I was facing the electric chair, I was ready to do that. It is a life or death decision and my advice is to do what is going to give you peace. That’s a choice you have to make.

IB: What would you say to someone who is serving time for a crime they did not commit?

DB: If you didn’t cop out in the courtroom or take a plea deal, then you are already on the right path. You are fighting for a cause that is worthy.

It took me 32 years to prove my innocence. I spent a total of 37 years in court, from the first arrest to my exoneration, then five years on the lawsuit. But that was my sacrifice, that’s what I wanted to do. Are you up for that? Are you man or woman enough to see that through?

That’s what I try to share with people in the book. Anyone going through hurt and pain and frustration, somewhere along the line it is going to hit home for them. I’ve been through it all and I can’t say I have all the answers but I can tell you what I have learned.

You can purchase Stand Tall in hardcover or as an E-book here.