Jeff Deskovic on His Way to Becoming a Lawyer: “I Want to Help Exonerate People Myself” 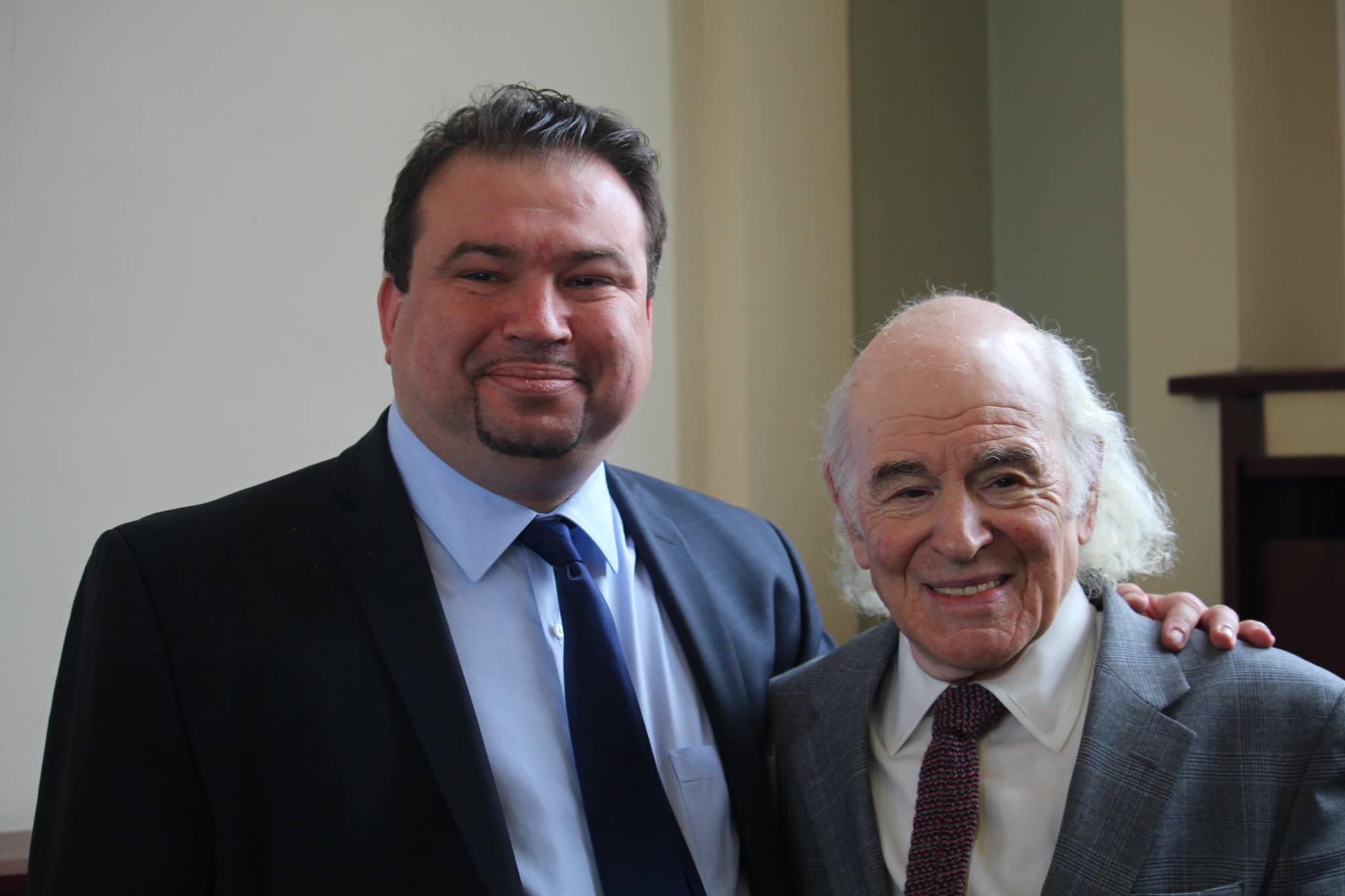 Jeff Descovic completed his first week at Pace University Law School and is on his way to fulfilling a childhood dream of becoming a lawyer.

Last week the Innocence Blog  interviewed exoneree Jeff Deskovic, who recently completed his first week at Pace University Law School and is on his way to fulfilling a childhood dream of becoming a lawyer.

As a kid, Deskovic was inspired by his mother’s sophisticated personal injury attorney who seemed to be making a difference for his clients. Unfortunately, his legal ambitions were halted after he was wrongly convicted at age 16 for the rape and murder of a high school classmate.

Like many innocent people in prison, Deskovic had little choice but to master the details of his case and to become legally astute so that he could to help further his case along with the help of the Innocence Project. In early 2006, Innocence Project Staff Attorney Nina Morrison and Co-Founder Barry Scheck presented DNA evidence excluding Deskovic and identifying another male as the source of a semen sample taken from the victim, which led to his exoneration later that year.

In the decade since his exoneration, Deskovic has encountered his share of challenges, but he’s overcome them. He earned a masters degree at John Jay College of Criminal Justice and founded his own nonprofit, the Jeffrey Deskovic Foundation for Justice, to help free other innocent people who’ve been wrongfully convicted and to reform policy to prevent wrongful convictions. Now, he’s taking the final step to earn a law degree so he can officially be the “one making the arguments” and helping to exonerate people. Take a look at highlights from our conversation with him.

I still feel enthusiasm and excitement. I’m four days in and I feel like I’ve gotten into a rhythm and I understand how to pace myself. I got pulled into a study group after my first day. Two of the students saw that I was answering a lot of questions in class and that led them to have some confidence in me. Now we meet regularly to go over reading and prep for class. It’s about three to six hours of reading and work each day, but I have a feeling that I’m not doing it by myself.

I’ve gotten over the jitters of whether or not I’d be successful … It’s manageable, I can do it.

Excited to welcome new students for orientation. Good luck this year – we’re excited to see all you will accomplish! pic.twitter.com/SjPFHsDWQZ

What compelled you to go through the rigmarole of law school?

I wanted to go to law school to help exonerate people back when I was still in prison–when I was dreaming of being exonerated myself. It did originate there in terms of exoneration, but I want to take a half-step back and say that, prior to being arrested, my childhood dream was to be a lawyer. My mother had a personal injury lawyer. I remember the guy was well-dressed; he seemed to be well-respected. He seemed to be well-paid for and seemed to be making a difference. I wanted to be a lawyer since back then but wrongful conviction wasn’t on my radar until later on.

I feel fortunate that I still am able to live the dream. Other exonerees like Marvin Anderson comes to mind–his wanting to be a fireman and now he’s a fire chief. Exonerees don’t always get to live out their dreams for a variety of factors.

When I got out of prison I tried to go to law school but I didn’t get into any of the schools I applied to back in 2008, so I wound up getting my masters degree at John Jay College of Criminal Justice and starting my own non-profit organization, the Jeffrey Deskovic Foundation . . . but that still wasn’t doing it directly. I want to be able to sit at the table, be the one making the arguments. Getting the extra degree is a natural extension of what I was doing. I want to help exonerate people myself.

Seeing the other exonerees who were able to do it was a bit of an additional motivation. Chris Ochoa, Kian Khatibi, Marty Tankleff, and most recently Jarrett Adams. Seeing Jarrett walk across the stage, that really solidified things for me–that I wanted to do this myself, as well. What role do you hope to play in your law school class for the next three years?

It’s one thing to talk about wrongful conviction in the abstract and another thing to see an exoneree in person. Beyond the raising of awareness, I’m hoping that students who decide to become prosecutors will be that much more careful and scrutinize cases that police bring to them, and that they will learn about wrongful conviction cases through me. Also, I hope that they’ll learn to be  more open to considering actual innocence claims. The same would be true for students who become defense lawyers. I’d hope they’d go the extra mile for their clients.

How do you think wrongful conviction curriculum should play a role in education before law school?

I don’t think that it’s too young to learn about when in high school, maybe 15 or 16. I believe about 25% of us [exonerees]  were young at the time we were wrongly arrested. So knowing the importance of your rights at that age, when you may come in contact with the police is valuable.  I don’t think it’s an adult topic. I’ve been well received by high school audiences. I co-developed a college wrongful conviction syllabus at Fairleigh Dickinson. A couple years ago, I taught as an adjunct professor at Rockland Community College. I’d like to see wrongful conviction education become a core course. What are some go-to movies and books you recommend on wrongful conviction?

If you could fix one thing about the criminal justice system in your tenure as a lawyer, what would it be?

Prosecutors have immunity from civil liability; we saw that in Thompson vs. Connick. I’d love to see that removed.

I don’t see why they need to have that layer of protection above police officers for example. Every single thing that leads to wrongful conviction is unacceptable to me.

What’s your advice for someone who is formerly incarcerated considering law school?

It’s a great idea. There is an extra passion in formerly incarcerated people, such as being committed to things like prison reform, wrongful conviction and justice on the criminal side. I don’t view a person’s background as an insurmountable obstacle; it can be done–it’s not all doom and gloom. And, there’s a lot of great work that a law degree can open up for you.

Catch up with Jeff on October 4. He’ll be speaking at Pace Law School for #WrongfulConvictionDay.

EXCLUSIVE: Man returns to White Plains where he was wrongfully convicted to help exonerate others as a lawyer

*This Q+A has been edited for clarity