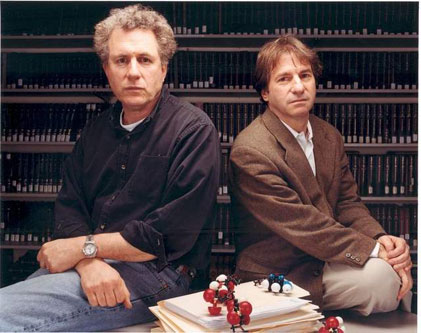 Originally published by the

Last week the Mississippi Supreme Court in a 5-4 decision denied Willie Manning the opportunity to do DNA testing that could prove he is innocent of the crime that landed him on death row. Tragically, Manning is scheduled to be executed on Thursday and may never get the opportunity to do the testing that could prove whether he is innocent as he has always maintained.

We urge Gov. Phil Bryant to issue a stay so the testing can be done. While people can differ on whether the death penalty is an appropriate form of punishment, nearly everyone would agree that it should be used only in those cases where we are certain of guilt. DNA testing could provide that certainty or prove, as Manning insists, that he is innocent. It could also, as the Mississippi Supreme Court judges noted in their dissent, provide the identity of alleged second perpetrator who has never been caught.

Eighteen people who served time on death row have been exonerated by DNA evidence since it became available two decades ago. One of those men, Kennedy Brewer, was convicted in Mississippi. Like Manning, Brewer was convicted based on circumstantial evidence and unvalidated forensic science. In Brewer’s case, the prosecution relied on widely discredited bite mark testimony, and in Manning’s case the prosecution presented hair microscopy, which because of its unreliability will be subject to a recently announced FBI nationwide review. The DNA evidence in Brewer’s case proved his innocence and identified the real perpetrator who confessed to the crime and another murder for which someone had been wrongly convicted and sentenced to life. Fortunately, that man, Levon Brooks, was also exonerated.

We don’t know what the DNA evidence will ultimately prove in Manning’s case, but there is a good chance that it will be highly probative — and much more reliable than the kind of evidence that was used to convict him of the 1992 murders of Pamela Tiffany Miller and Jon Stephan Steckler. The two students were kidnapped after leaving a party at Mississippi State University and were driven to a remote location where Miller was raped and both were shot to death. At trial, there was no physical evidence linking Manning to the crime. The prosecution relied on circumstantial evidence. At one point the Mississippi Supreme Court overturned his conviction because Manning’s lawyers weren’t allowed to fully cross-examine the informant, but the court later reconsidered its decision and let the conviction stand.

Since 1994, Manning has been seeking DNA testing of the rape kit, fingernail scrapings that were recovered from both victims and hairs recovered from the scene. Rape kits and fingernail scrapings are routinely tested today because the testing can prove with near certainty who committed the crime. Before DNA evidence, prosecutors would often rely on hair microscopy to place a defendant at the scene even though the practice was never scientifically validated. After DNA evidence exonerated three people who had been wrongly convicted in part based on this type of evidence, the FBI announced this year that it would undertake a massive review of all cases in which one of its analysts testified about this type of evidence. Given that the FBI performed the hair microscopy in this case, it would seem that Manning’s case should be subject to this review — if he isn’t put to death first.

As the dissenters noted, given that it is alleged that two perpetrators committed the crime, it’s puzzling that the district attorney is so resistant to testing.

The Mississippi Supreme Court has said that the DNA testing is unnecessary because there is other overwhelming evidence of guilt. But appeals courts were also wrong in the cases of all 306 DNA exonerations, including the 18 who served time on death row. DNA testing has the potential to tell us once and for all who committed these two tragic murders, and that’s something we all should want.