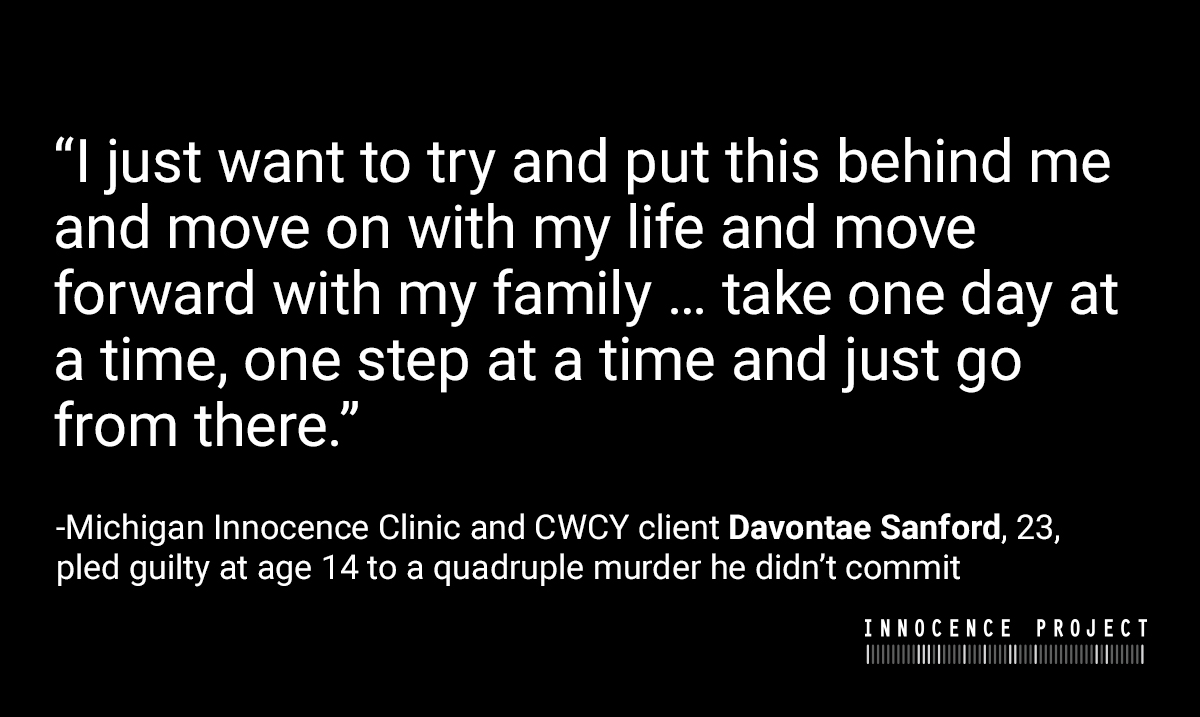 Davontae Sanford, who was convicted nearly a decade ago for a quadruple homicide he maintains he did not commit, was released on Wednesday after a judge vacated his conviction.

Sanford was only 14 when he was arrested while standing outside his home in his pajamas a few blocks from the crime scene. After two days of interrogation without a parent or guardian present, Sanford confessed to the crime. At the advice of his attorney, Sanford pleaded guilty and was sentenced to 37 to 90 years in prison, reports Business Insider. Weeks later, another man confessed to the shooting, but Sanford remained in prison.

The State Appellate Defender Office eventually learned of the confession and spent years attempting to withdraw Sanford’s plea to no avail. The Michigan Innocence Clinic and the Center on Wrongful Convictions of Youth took on the case in 2014, spurring the Michigan State Police to reopen the investigation into the murders.

On Tuesday, Wayne County Circuit Court Judge Brian Sullivan ordered Sanford released and his conviction vacated. Sanford, now 23, was reunited with his mother, brother and sister outside the courtroom.