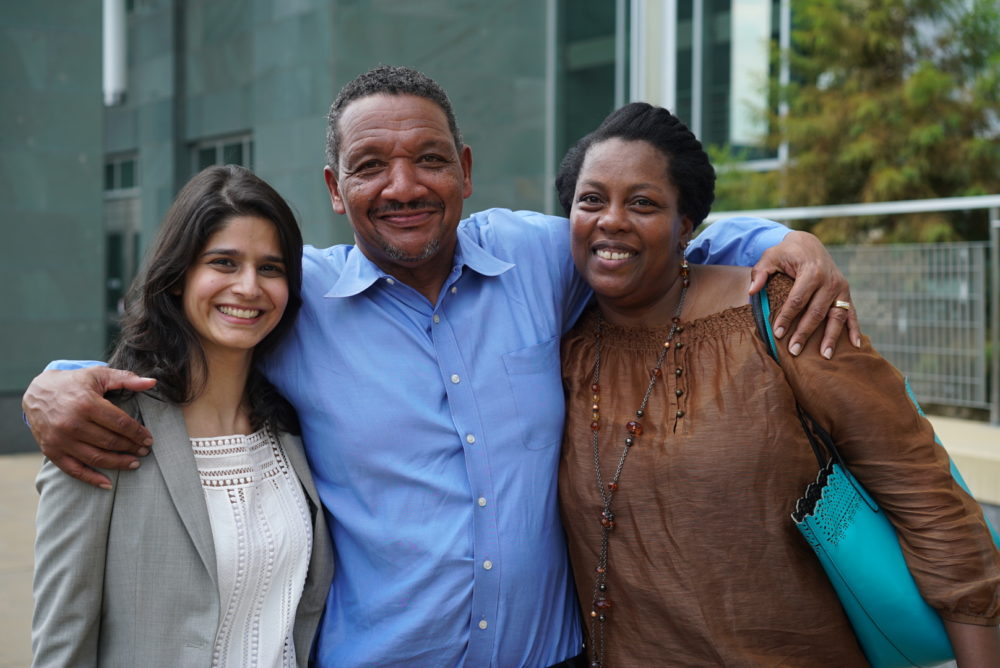 Yesterday, North Carolina Superior Judge Orlando Hudson vacated Innocence Project client Darryl Howard’s 1995 double-murder conviction and ordered him released from custody based on North Carolina’s statute requiring relief from newly discovered DNA evidence pointing to a defendant’s innocence. DNA evidence shows that Howard is innocent of  a 1991 murder of a woman and her 13-year-old daughter. The Durham District Attorneys Office states that it will not appeal the decision.

Waiting for Howard upon his release was his wife Nannie, who has been his most staunch advocate.

“The journey has been long, but we made it,” Nannie Howard said, adding she’s finally able to hug her husband without restraints on his arms. “We have a lifetime of memories to create and do things that we haven’t had a chance to do, so we’re looking for that next great chapter.”

See pictures from the exciting and emotional day. Howard and North Carolina Attorney James Cooney connect after a challenging and yet rewarding week in court.