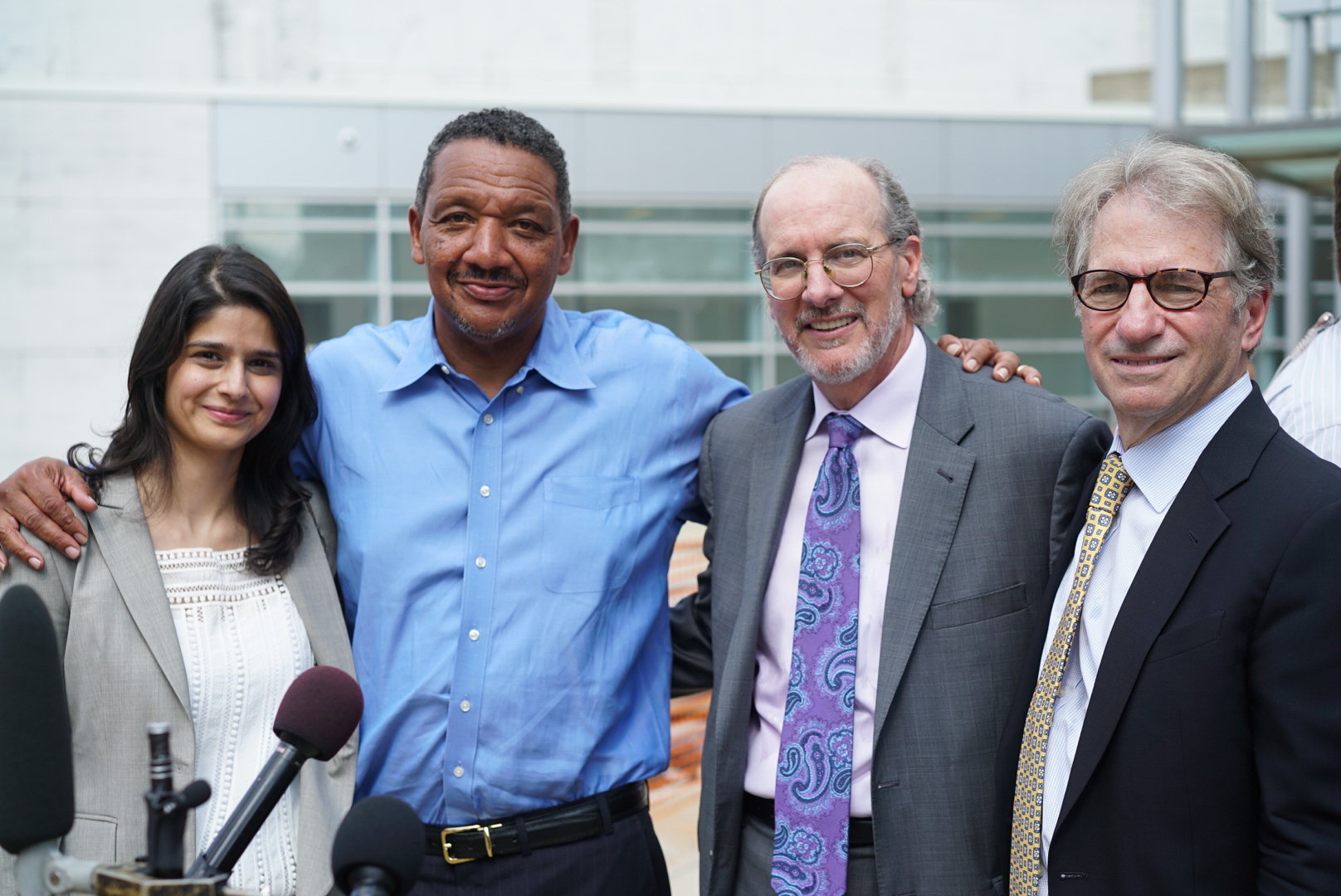 Darryl Howard is finally exonerated after the Durham District Attorney’s Office dismissed his double-murder and arson charges, just two days after North Carolina Superior Court Judge Orlando Hudson vacated his convictions and ordered his release from custody. The ruling occurred after Howard’s lawyers presented DNA evidence excluding him and linking two other people to the crime scene of the 1991 murders of Doris Washington and her 13-year-old daughter Nishonda, and other evidence pointing to his innocence. Howard walked out of prison on Wednesday, Aug. 31 and, as of today, is officially exonerated of the 1995 convictions that cost him 24 years in prison.

Darryl Howard talking to his lawyer Seema Saifee as a free man moments ago! https://t.co/lE1keLDfZX pic.twitter.com/dQRop8qNzj

Congrats to Darryl and all the lawyers and students that worked on his case! #XONR8 https://t.co/RsgG07oMRT