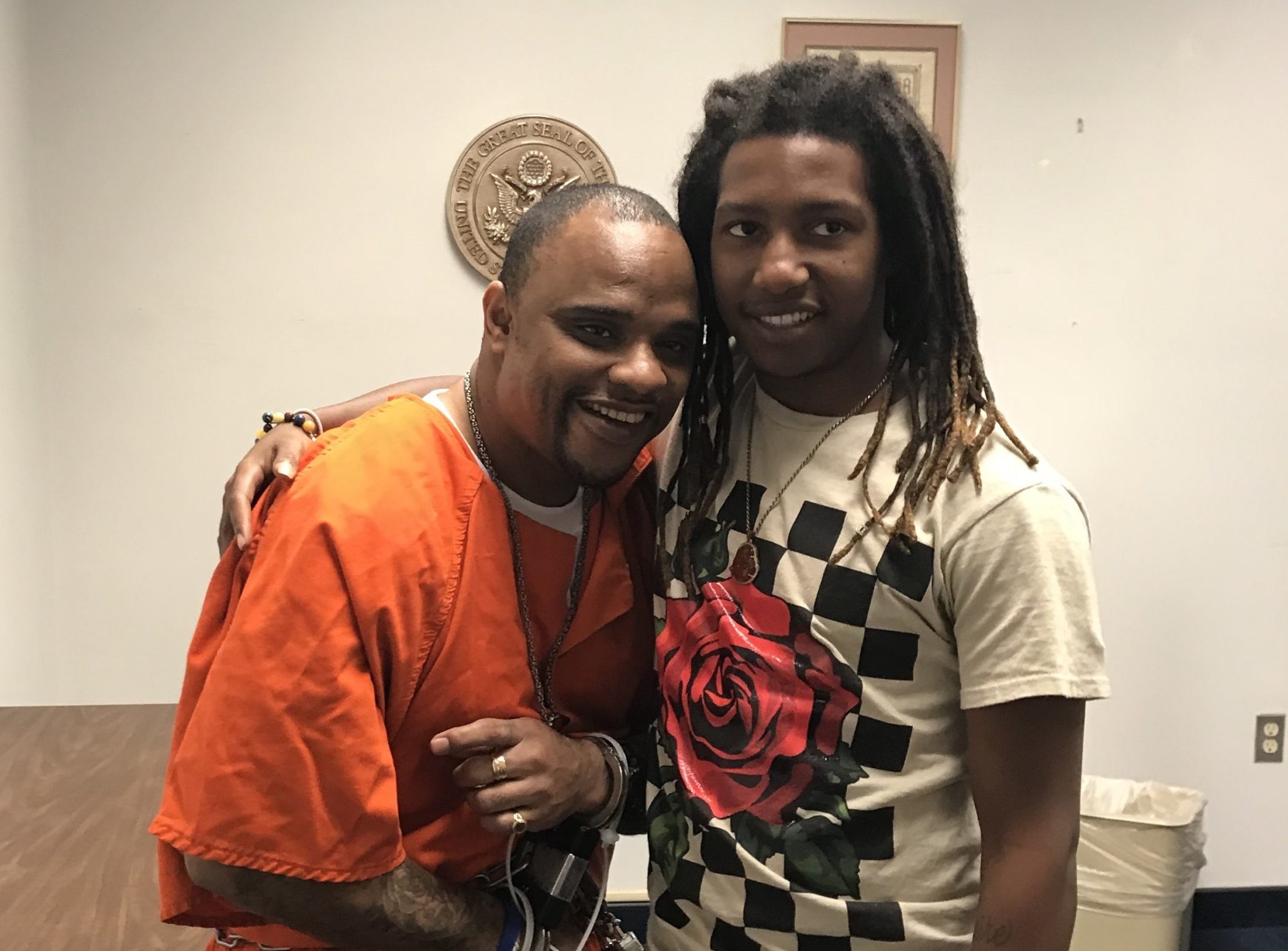 (New Orleans, LA – March 20, 2020) Judge Dennis Waldron has overturned the double murder conviction of Darrill Henry and ordered a new trial based on the results of new DNA evidence. Henry has consistently maintained his innocence since the time he was first arrested for the 2004 murders of an 89-year-old woman and her 67-year-old daughter in the 7th Ward of New Orleans, Louisiana. Judge Waldron’s decision comes after testing identified male DNA underneath the mother’s fingernails and on her wallet, both of which excluded Henry as the source.

“I never lost faith that this day would come. I appreciate what everyone has done to fight to bring me home.”

“Mr. Henry’s conviction rests on eyewitness identifications that were obtained through procedures known to lead to misidentifications,” said Vanessa Potkin, Innocence Project’s director of post-conviction litigation. “No other evidence implicated him in the crime. Mr. Henry, who was raising his two young children, was applying for jobs downtown miles away from where the crime occurred. The new DNA evidence provides unprecedented scientific support for his innocence. In vacating Mr. Henry’s conviction, the court recognized that as a matter of fundamental fairness the DNA evidence should be presented to a new jury.”

“I never lost faith that this day would come,” said Henry. “I appreciate what everyone has done to fight to bring me home.”

In his ruling, Judge Waldron highlighted several cases from 2019 where the Orleans Parish District Attorney’s office secured convictions based on DNA found under a victim’s fingernails, stating: “The advent of DNA evidence has provided both the prosecution and the defense with a most valuable, convincing and compelling evidentiary tool.”

Judge Waldron also noted that: “Eyewitness testimony is at the same time the most trusted of evidence and too often the least reliable … In a case based only on identification, DNA evidence that indicates the possible involvement of one or more other parties, but not the accused, is of significant and critical evidentiary value. In the instant case, the jury relied on the testimony of the three eyewitnesses and, obviously, found their testimony to be accurate and reliable. The jurors did so without the benefit of the findings of post-conviction DNA testing. Armed with that newly discovered evidence, a reasonable juror could conclude that the defendant was not the killer.”

On June 15, 2004, the 89-year-old mother was confronted in her kitchen and stabbed 14 times and her house set on fire. Her daughter, who came to check on her mother, was shot on the porch. The mother’s wallet was found open on the floor of the home and her daughter’s purse was found on the street a distance from her, suggesting robbery as the motive. Just after the shooting, three neighbors who were standing 70-100 feet across the street briefly saw a stranger in a red shirt leaving the scene.

“The new DNA evidence provides unprecedented scientific support for his innocence. In vacating Mr. Henry’s conviction, the court recognized that as a matter of fundamental fairness the DNA evidence should be presented to a new jury.”

Henry became a suspect based on a Crimestoppers tip after a composite sketch prepared by one of the eyewitnesses was circulated. One eyewitness claimed to have seen the man run down the same street where Henry had previously lived. In spite of the fact that all other eyewitnesses saw the assailant run in the opposite direction, the police credited the tip and ultimately focused on Henry as a suspect.

A photo array including Henry was shown to one of the witnesses just over a week after the crime. That witness did not identify Henry. Then, in July and September, the remaining two witnesses were shown highly suggestive photo arrays in which Henry was the only person featured who was wearing a red shirt. One of the witnesses had even seen Henry’s picture on the news as having been arrested in connection with the murders at the time she viewed the photo array. Both witnesses selected Henry. After these identifications, the witness who failed to identify Henry – just a week after the crime in a non-suggestive array – then came forward claiming Henry was the person he saw.

When questioned by police, Henry, who was charged with capital murder, informed them that on the day of the crime he was downtown visiting several businesses applying for jobs. While police confirmed parts of Henry’s alibi, they did not take steps that could have corroborated his whereabouts at the time of the crime. At trial, the state argued that there was no evidence to confirm where Henry was at exactly the time of the crime, positing that he could have traveled the 2.5 miles from downtown to the mother’s house — a 52-minute walk — committed the murders and traveled back again to resume his job search. Henry’s ability to present evidence to support his alibi was compromised by a number of factors, including Hurricane Katrina, which also contributed to the seven-year delay between his arrest and his trial.

At the time of his arrest, Henry was raising his eight-year-old daughter Daranika and his six-year-old son Darrill. They are now 23 and 21, respectively. The state has indicated it will appeal the Judge’s ruling.