Henry's conviction was overturned and a new trial was ordered in his case based on DNA evidence on March 11. 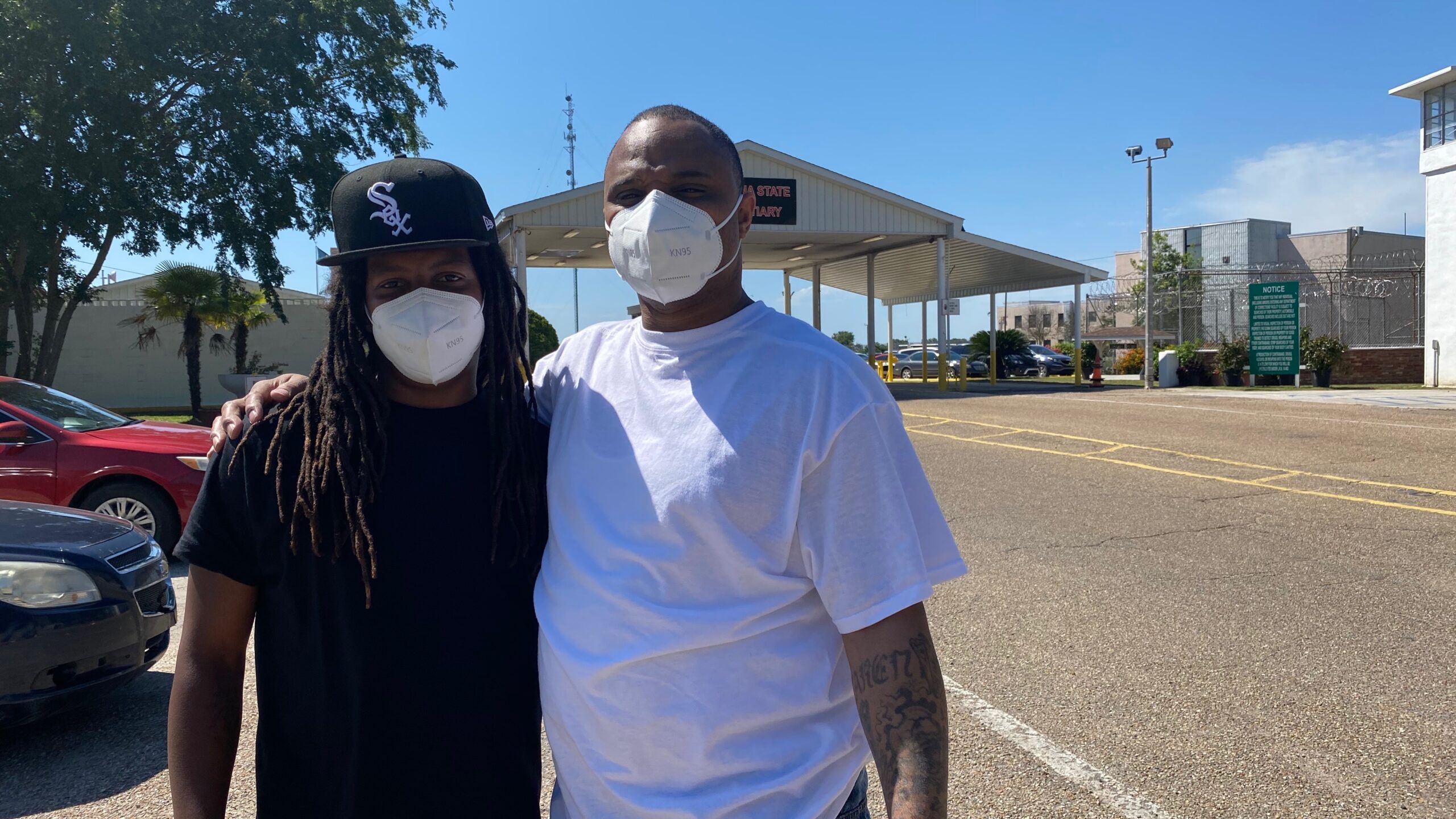 Darrill Henry, who walked out of Angola prison on bail in Louisiana after 15 years in prison for a crime he did not commit, embraces his son Darrill Guitroz. Photo by David S. White.

(New Orleans, LA – May 7, 2020) Today, Darrill Henry walked out of Angola prison two months after Judge Dennis Waldron — the judge who presided over his 2011 trial – granted post-conviction relief and ordered a new trial in his case based on DNA evidence that excludes Henry.

On April 2, the court set bail in Henry’s case. Overnight, his family had raised the minimum amount necessary to post his bond through a community fundraiser. As the prison started processing Henry to leave, he gave away all of his possessions to the men he thought he was leaving behind at Angola only to have his release delayed another 5 weeks. During this time, the Orleans Parish District Attorney’s Office filed four separate appeals of the court’s grant of bail and argued that his bail should be increased to an insurmountable $8 million. On May 6, the Louisiana Supreme Court rejected the state’s final appeal of bail. Henry was reunited with his two children and family today after more than 15 years in prison.

“When Darrill went away his children were just starting elementary school, and one of their most cherished memories was having their father pick them up from school,” said Vanessa Potkin, director of post-conviction litigation at the Innocence Project. “Today Darrill Jr, now 22 years old, made the drive to Angola to pick his dad up, and finally bring him home. Given the new evidence of his innocence, we hope that he is fully vindicated of these charges soon.”

Help Darrill Henry rebuild his life by donating to his GoFundMe.

“I never lost faith that this day would come,” said Henry. “I appreciate what everyone has done to fight to bring me home.”

On June 15, 2004, an 89-year-old woman was confronted in her kitchen and stabbed 14 times and her house set on fire in what law enforcement believed to be an apparent robbery. Her daughter, who had come to check on her mother that day, was shot on the porch as the assailant left. Just after the shooting, three neighbors, who were standing across the street, briefly saw a stranger in a red shirt leaving the scene.

“I never lost faith that this day would come. I appreciate what everyone has done to fight to bring me home.”

Henry’s conviction rested solely on flawed eyewitness identifications provided by the three neighbors. The first eyewitness, who was closest to the crime scene, was presented with an unbiased line-up a few days after the murders and did not identify Henry as the perpetrator. It was only seven years later, after being arrested for a series of serious crimes, that this eyewitness claimed to have suddenly recalled that in fact Henry had been the person he saw fleeing the scene. The other two eyewitnesses were each presented with biased line-ups in which Henry was the only person wearing a red shirt, the same color of the shirt worn by the perpetrator of the crime. Eyewitness misidentification is the leading contributing factor in wrongful convictions proven through DNA testing.

“Today Darrill Jr, now 22 years old, made the drive to Angola to pick his dad up, and finally bring him home.”

Henry has always maintained his innocence. The day of the crime he was applying for jobs in a different part of town. His ability to demonstrate his alibi at trial was impacted by the loss of witnesses and records due to Hurricane Katrina — which also contributed to an unprecedented seven years of pre-trial detention.

The court’s decision to overturn his conviction and order a new trial was based on the results of new DNA evidence that identified male DNA underneath one victim’s fingernails and on her wallet, which excluded Henry as the source. Judge Waldron noted that “eyewitness testimony is at the same time the most trusted of evidence and too often the least reliable.”  He also highlighted several cases from 2019 where the Orleans Parish District Attorney’s office secured convictions based on DNA found under a victim’s fingernails, stating, “The advent of DNA evidence has provided both the prosecution and the defense with a most valuable, convincing and compelling evidentiary tool.” The Orleans Parish District Attorney’s Office is appealing this decision.

At the time of his arrest, Henry was raising his son Darrill who was six and his daughter Daranika who was eight years old. Darrill, Jr, now 22 years old, picked up his father from Angola and the two will reunite with Daranika, who is now, 23, and five months pregnant with Henry’s first grandchild.