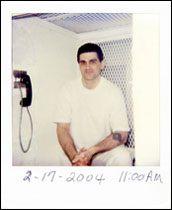 An editorial in Saturday’s

supported the Innocence Project’s request for the Texas Board of Pardons and Paroles to conduct an investigation into the execution of Cameron Todd Willingham, who was convicted and sentenced to death for killing his three young children in a house fire in 1991. While the newspaper admits that Willingham’s relatives may not get the results they are after, the questions surrounding his conviction and execution aren’t going away and deserve further examination.


The board should start by examining its own role in rejecting a last-minute reprieve before Willingham’s execution in 2004 and whether it properly served Gov. Rick Perry. The governor should be concerned about whether his office and his appointed board had all relevant information and gave it the attention it deserved.

Willingham was convicted based on testimony from state fire marshals that relied on outdated and invalid science. Newly discovered evidence points to possible false testimony from a jailhouse informant at Willingham’s trial, and possible prosecutorial misconduct that may have contributed to Willingham’s execution. According to the


Even before the execution, the Board of Pardons and Paroles had an expert’s written conclusion that the state’s witnesses had been discredited by 11 years of advances in fire science.

What’s more, the board should get to the bottom of allegations that the Navarro County district attorney failed to disclose that another key witness — a mentally ill jailhouse informant who said Willingham confessed to him — recanted his testimony in writing. That statement came years before the execution. It would be unconscionable and illegal if the board that decides life-or-death matters was kept in the dark about a change of heart by a condemned man’s main accuser. . . . The combined weight of these questions should compel the board to confront them. Members are obligated to clarify where they see breakdowns in what has become a landmark case of Texas justice gone awry.