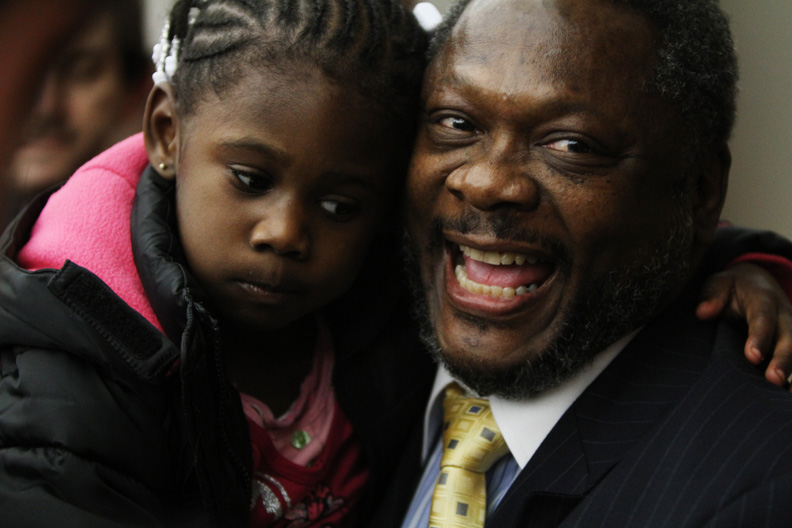 After spending more than three decades in prison for a rape he did not commit, Rickey Dale Wyatt was released in Dallas, Texas, on Wednesday.

Wyatt was reunited with family and other Dallas area exonerees upon his release to celebrate his first night of freedom. The Los Angeles Times reported:

“It’s been a beautiful thing to be able to enjoy your life as free man — for the last 15 minutes,” Wyatt told The Times, only minutes after exiting the courtroom. In January 1981, Wyatt was arrested in connection with three related sexual assaults and was tried and convicted of one attack. Throughout the trial, he maintained his innocence, rejecting a plea bargain for a five-year sentence.

“It was devastating,” he said. “But I was sure that one day I would be free.”

Wyatt’s wrongful conviction was due in part to the prosecutor’s failure to turn over to his lawyers evidence of misidentification.

Now that Wyatt has been released and cleared of the rape, his case will go before the Texas Court of Criminal Appeals, which is expected to follow the trial court’s recommendation and vacate the conviction.  The District Attorney’s Office must also determine whether DNA evidence, which excludes Wyatt as the suspect, and the other exculpatory evidence is enough to declare him actually innocent.